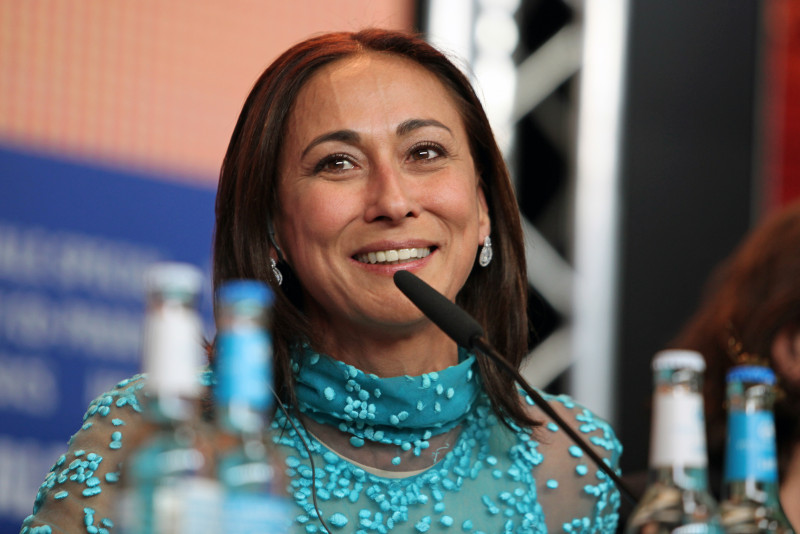 Cherie Gil was born on June 21, 1963 as Evangeline Rose Gil Eigenmann to a family of actors. Her parents were Eddie Mesa and Rosemarie Gil. She had a sister and two brothers; namely Michael de Mesa and Mark Gil (1961–2014) who were also actors.

Evangeline Rose Gil Eigenmann (June 21, 1963 – August 5, 2022) known professionally as Cherie Gil (Tagalog pronunciation: [ˈhil ˈaɪɡɛnmɐn]) was a Filipino actress. With a career spanning nearly 50 years, she was dubbed the "La Primera Contravida" ("The Prime Villain") for her acting prowess which landed her in numerous antagonistic roles.

She began her career as a child actress at the age of 9, and is best known for her role as Lavinia Arguelles in Bituing Walang Ningning (1985) where she uttered the iconic line "You're nothing but a second-rate, trying hard copycat!" to Dorina, Sharon Cuneta's character.

Gil started in showbiz at an early age being the daughter of celebrities and sibling of equally-talented actors. She was cast either as a daughter or part of a circle of friends of the lead actor. However, she was given a lead star status in Bubot na Bayabas in 1978 opposite another newbie, Ronald Bregendahl (Rita Gomez and Ric Rodrigo's son). The movie was a forgettable release. But in 1979, film matriarch Lily Monteverde re-launched her via Problem Child with the then-current teen sensation, Lloyd Samartino. The movie fared mildly, and she was continually cast by Regal Films in films such as City After Dark, Salawahan, Ito Ba Ang Ating Mga Anak and Sugar Daddy. She went freelance with assignments like "Beach House", "Ang Bouncer at ang Dancer", "Dancing Master", "Girlfriend" among others. In 1982, Gil portrayed a naïve lass affected by World War II in Bacolod in the now classic film Oro, Plata, Mata. She tried singing and had another mild hit, "I Love You, Boy". On TV, she was one of the co-hosts of German Moreno in Germspesyal from 1979 to 1981. Gil became a mainstay of Champoy with Subas Herrero and Noel Trinidad from 1981 to 1986.

Gil resurfaced as a villain in 1985 via Viva Films' Bituing Walang Ningning, providing the lead actress Sharon Cuneta formidable support in the role of Lavinia Arguelles, a famous but insecure singer. From this movie, she became famous for her iconic line, "You're nothing but a second rate, trying hard copycat!" This favorable reception consequently opened her for classy and sultry villainess roles, throughout the 1980s until the present.

She was married to Rony Rogoff, an Israeli violinist; the couple had a daughter and a son. Their relationship ended in 2008 after 20 years of marriage. She also had another son, her eldest, from a previous relationship with actor Leo Martinez. Shortly after their separation, Gil's two children with Rogoff would be under their father's custody in Israel while Gil's eldest son would remain with her in the Philippines. All three children would eventually reside in the United States. Gil reportedly reconciled with ex-husband Rogoff in 2021 with both deciding to be "companions" to each other.

In 2010 she was chosen to star in the fantasy series Grazilda for GMA Network. In early 2011, she joined the cast of the comedy fantasy series, Magic Palayok co-starred by Carla Abellana, and Geoff Eigenmann. The series did not get picked up for a second season after the season 1 finale which is composed of 88 episodes. The GMA Network cast her in another television show, Time of My Life.

She appeared in a number of hit teleseryes and primetime shows on ABS-CBN and GMA Network. Starred in numerous films, TV and has performed in theatre for play such as Master Class playing Maria Callas (PETA) Arbol de Fuego, an adaptation of Anton Chekov's The Cherry Orchard and Full Gallop as Diana Vreeland, bestowing her the Best Actress award for her one-woman portrayal in 2014.

Gil is a FAMAS Award winner, a recipient of Ani ng Dangal by the National Commission for Culture and the Arts and a Hall of Famer at the Metro Manila Film Festival in the Best Supporting Actress category. In 2015, she won the Best Actress trophy at the ASEAN International Film Awards. The same year, she also won the Best Lead Actress in a Foreign Language Film at the 2015 Madrid International Film Festival. In 2019, she was awarded the Best Supporting Actress at the 42nd Gawad Urian Awards for her portrayal in Citizen Jake.

Gil was part of 83 awardees of the Ani ng Dangal award by the National Commission for Culture and the Arts (NCCA), represented the cinema category on February 29, 2016. This, for simultaneously winning the Best Actress award at The ASEAN Film Festival for her role in Sonata and Best Actress in a foreign film at The Madrid Film festival for her portrayal in MANA, both in the same year.

Her last acting role would be in the GMA Network 2021 television series Legal Wives. In May 2021, she announced that she had left her role in an unspecified television series, lamenting on how her efforts were not "seen and met in the same light".

In October 2021, Gil was diagnosed with a "rare" form of endometrial cancer where she chose to conceal information on her illness to the public. Gil's showbiz career ended in February 2022 when she moved to the United States to be with her children and prioritize her own "mental, emotional, [and] spiritual states". She also shaved her head to symbolize her own "personal growth". Gil died on August 5, 2022, at 4:48 a.m. EDT (4:48 p.m. PHT) from her cancer in New York City. Prior to her death, she has been receiving treatment at the Memorial Sloan Kettering Cancer Center in New York.