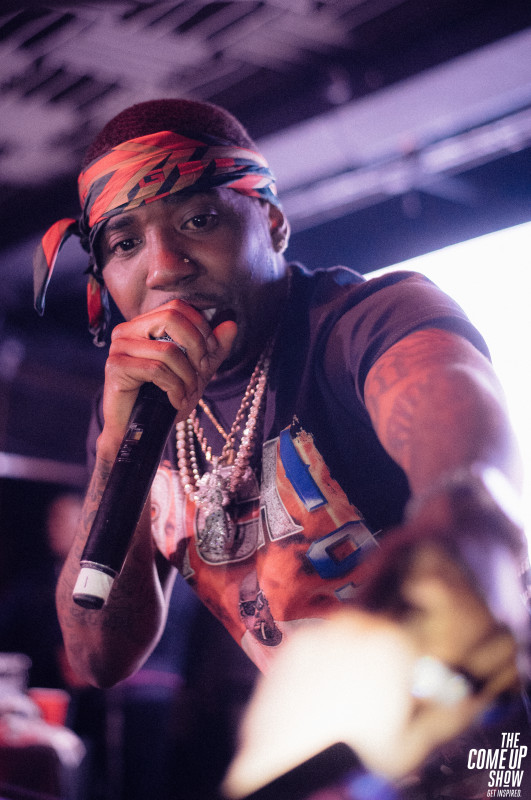 Rayshawn Lamar Bennett (born February 16, 1991), known professionally as YFN Lucci, is an American rapper, singer, and songwriter from Atlanta, Georgia. In 2014, he signed a record deal with Think It's A Game Entertainment and released his debut mixtape, Wish Me Well. In 2016, he released his second mixtape, Wish Me Well 2, which included the hit single "Key to the Streets" (featuring Migos and Trouble). His debut extended play, Long Live Nut, was released in 2017 and peaked at number 27 on the Billboard 200 chart. The EP's first single "Everyday We Lit" (featuring PnB Rock; produced by June James), has peaked at number 33 on the Billboard Hot 100 and became his highest charting single to date.

In December 2014, Lucci signed a record deal with Think It's A Game Entertainment and released his debut mixtape, Wish Me Well. In February 2016, he released the Wish Me Well 2 mixtape, which peaked at number 183 on the US Billboard 200 chart. The mixtape's hit single "Key to the Streets" featuring Migos and Trouble, peaked at number 70 on the US Billboard Hot 100 chart. The official remix version of the song featured 2 Chainz, Lil Wayne and Quavo. "Key to the Streets" was included on XXL magazine's 50 Best Hip-Hop Songs of 2016 list and Vibe magazine's The 60 Best Songs Of 2016 list. The mixtape's second single is "YFN" which was accompanied by a music video. A behind the scenes of "YFN" was filmed by StayOnGrindTV's Director LookImHD and released on Risinghype.com, YouTube.com & WorldStarHipHop.com.

In September 2016, Lucci along with Migos, 21 Savage, Kap G, Young Dolph and Zaytoven was featured on the cover of Rolling Out magazine's "Hidden Hip-Hop Gems of Summer 16" issue. In October 2016, rapper Meek Mill released the track "You Know" featuring Lucci, which peaked at number nine on the Bubbling Under Hot 100 Singles chart and appeared on Mill's DC4 mixtape. In December 2016, Billboard magazine included Lucci in its 10 Hip-Hop and R&B Artists to Watch In 2017 list.

In 2017, Lucci along with artist Jacquees were chosen to star in Sean John's holiday 2017 and spring 2018 campaigns.

In 2018 and 2020, Bennett was in a publicized on-again, off-again relationship with the daughter of Lil Wayne, Reginae Carter. He fathers 4 children from two different mothers.

In 2018, Bennett released his debut studio album Ray Ray From Summerhill which peaked at number 14 on the Billboard 200. On January 12, 2021, Atlanta police announced that he is wanted on murder, aggravated assault, participating in criminal street gang activity and a weapons charge. He was arrested on January 13, 2021 after turning himself in to police.

In 2021, warrants for Bennett’s arrest were issued in Atlanta, Georgia, charging him with a shooting that left one man dead and another man wounded, Atlanta Police Department (APD) told the press. In addition to being a suspect for the shooting, the APD have also charged Bennett with "aggravated assault and participation in criminal street gang activity." He was arrested on January 13, 2021 after turning himself in to police.