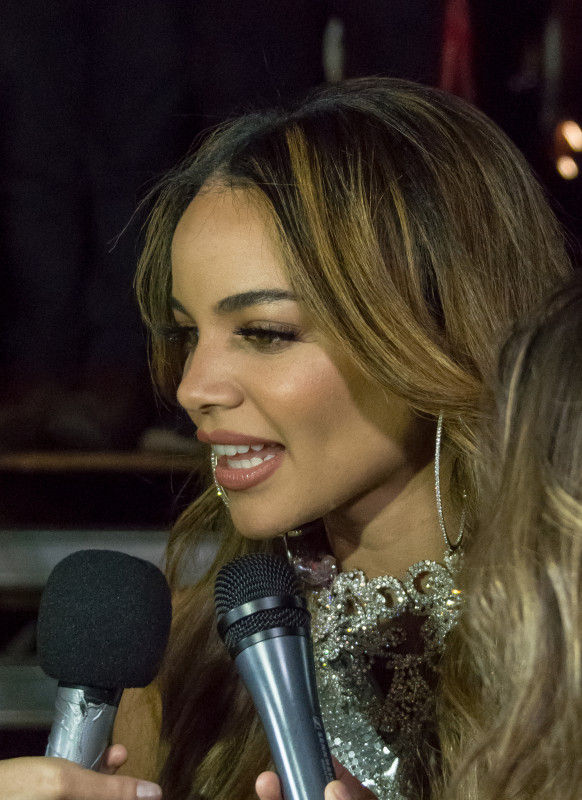 Grace was born to Dominican parents on January 7, 1995, in The Bronx, a borough of New York City. Her mother runs a hair salon in South Florida. She was raised in Davie, Florida and attended Indian Ridge Middle School and Western High School, where she participated in musicals, talent shows, and choral performances. Singing and dancing from a young age, Grace entertained them along with her five older siblings since she was two. She speaks English and Spanish.

Leslie Grace Martínez (born January 7, 1995) is an American singer, songwriter, and actress. For her work as a singer she has received three Latin Grammy Award nominations. She starred as Nina Rosario in Jon M. Chu's film adaptation In the Heights (2021).

Among her tours abroad is her presentation on the Caribbean island of Curaçao at the North Sea Jazz Festival, and the tour of the United States with the musical director Rayner Marrero and several bachata musicians in 2013. She also performed on Sábado Gigante with Don Francisco, and at the Chile Telethon and at the closing of the same at the National Stadium of Chile, where she sang in front of approximately 60,000 people.

As of June 2015, Grace is the face of Colgate toothpaste and has signed a distribution deal with Sony Music Latin and a worldwide contract with Sony/ATV.

In January 2017 she collaborated with the duo Play-N-Skillz, Wisin and Frankie J in the reggaeton-style cover of Selena's song, "Si una vez". And in February of the same year she was nominated for the Premios Lo Nuestro in the category "Female Artist of the Year – Pop / Rock".

On April 12, 2018, her collaboration with Super Junior "Lo Siento" was released on S.M. Entertainment's YouTube channel.

On April 11, 2019, it was announced that Grace would be starring as Nina Rosario in the 2021 film adaptation of Lin-Manuel Miranda's Tony Award-winning musical In the Heights. The film originally set for a 2020 release date was postponed due to the COVID-19 pandemic. It was released the following summer in movie theatres and HBO Max simultaneously. The film received near universal acclaim with many citing it as one of the best films of the year. Grace received praise from critics including David Ehrlich from IndieWire who wrote that she "shined" in the role. K. Austin Collins of Rolling Stone wrote, "Its highest accomplishment is that it succeeds as the star vehicle Hollywood seemed to demand." On July 21, 2021, Grace was cast as Barbara Gordon / Batgirl in HBO Max's Batgirl. In August 2022, Warner Bros. cancelled plans to release the film, which was nearing completion.