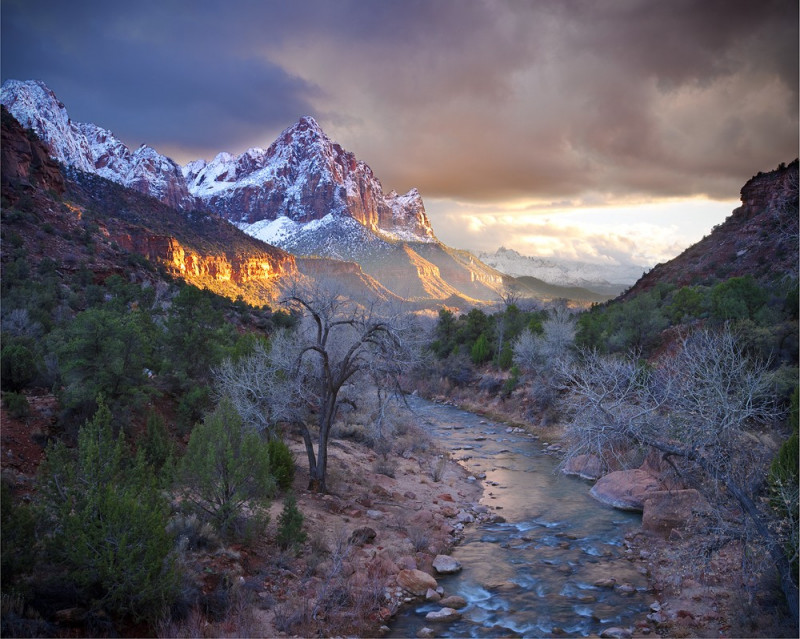 The first known Euro-American party to encounter the Virgin was led by Jedediah Smith in 1826. Smith named it "Adams River", after then-president John Quincy Adams. Later explorer and mapmaker John C. Fremont reported that it was called "Rio Virgen" but did not state the origin of the name. Hiram Chittenden speculated that Smith had later renamed the river after Thomas Virgin, who was badly wounded in an 1827 attack by Mohave people during the crossing of the Mojave Desert. Virgin recovered from his wounds but was later killed, along with most of Smith's companions, in an attack by Umpqua people (in present-day Oregon).

The Virgin River is a tributary of the Colorado River in the U.S. states of Utah, Nevada, and Arizona. The river is about 162 miles (261 km) long. It was designated Utah's first wild and scenic river in 2009, during the centennial celebration of Zion National Park.