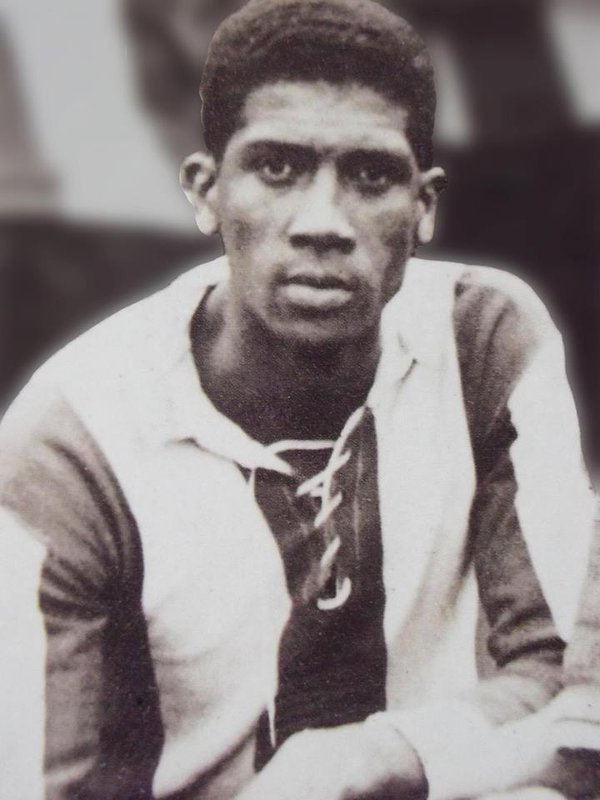 Carlos Alejandro Villanueva Martínez (4 June 1908 – 11 April 1944) was a Peruvian footballer who played for Alianza Lima and the Peru national football team. He is considered one of the most important Alianza strikers in the 1920s and 1930s.

He is known to be Peru's historic bicycle kick figure. Alejandro Villanueva was noted to have an extraordinary handling the football, and his many outrageous moves won him the nickname "Manguera." Among his many exploits, the bicycle kick was one of the moves that won him widespread recognition. While playing for Alianza Lima, Villanueva's fame increased as he made international appearances such as in 1933 when Alianza Lima made a tour in Chile and, with fellow Peruvians such as Teodoro Fernandez, delighted the audiences with his skill and defeated a series of important Chilean clubs of that time such as Club Deportivo Magallanes, Santiago Wanderers, Audax Italiano, and Colo-Colo. In Peru, Villanueva is often remembered as one of the finest exponents of that nation's association football and as the player that amazed the crowds with his bicycle kicks. The people of Lima at first thought the bicycle kick was his invention when he executed it in 1928, and commonly called it "tiro caracol." Later, the name changed to "chalaca" when people began to favor the idea that the move was invented in Callao several decades earlier. As a result of these achievements, Villanueva remains a famous figure in Peru to the point that several songs have been made about him and his eternal club, Alianza Lima.

With the Peru national football team he played at the 1927 and 1937 Copa America, 1930 FIFA World Cup and 1936 Summer Olympics. Villanueva played on the team that won the football tournament at the inaugural Bolivarian Games in 1938.