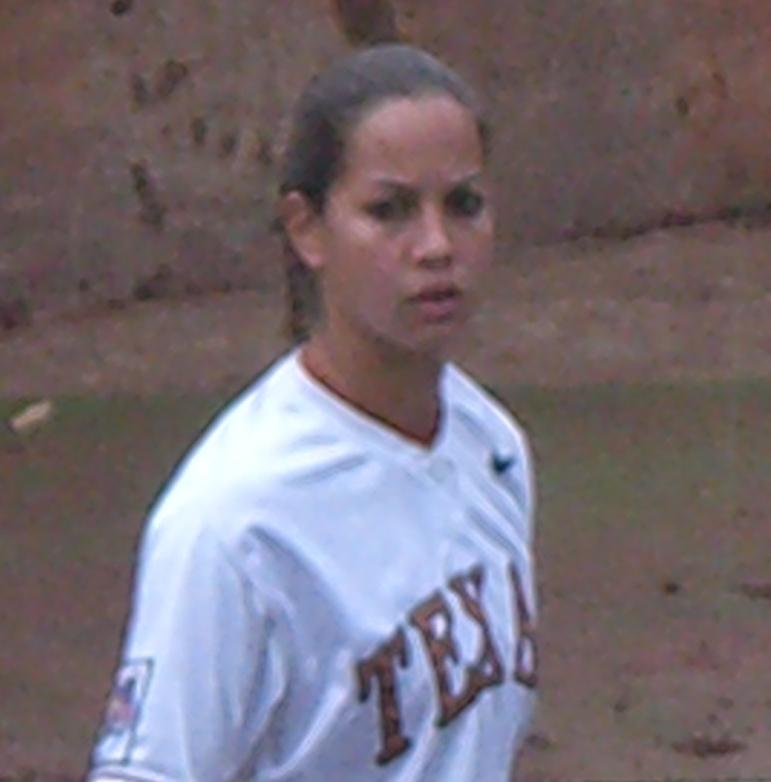 On August 21, Osterman pitched the first 5 innings of a 3–1 loss to Japan in the Gold Medal Match, ending Team USA's winning streak at 22 consecutive games and clinching the silver medal of the 2008 Summer Games. The loss was Team USA's first since a 2–1 loss to Australia on 21 September 2000, and marks the first time in four Olympiads that the US National Team has failed to win the gold. Osterman gave up two runs on three hits while striking out 9 batters; the runs and the loss was the first in her Olympic career.

On August 13, Osterman struck out 13 batters in a no-hitter against the Australian national team. She issued three walks in the 3–0 victory, which was Team USA's 16th consecutive Olympic win. The 7-inning no-hitter was just the second in U.S. Olympic history, following Lori Harrigan's 6–0 perfect game against Canada on September 17, 2000, and was Osterman's 100th game-played with the U.S. Women's National Team.

Osterman became the first UT freshman to be named Big 12 Conference Pitcher of the Week, for the week of February 19, in which she threw two no-hitters. The first, a 3–0 win over the Utah Utes on February 13 and then a 4–0 win over the Texas State Bobcats on February 15. They were only the third and fourth no-hitters by a UT freshman, and Osterman became only the second Longhorn pitcher to accomplish the feat, along with Natalie King in 2001. She also threw the first perfect game in UT history in a game against Stephen F. Austin State Lumberjacks on February 26. She proceeded to throw two more in her freshman season to match and set two all-time NCAA Freshman Class records for season no-hitters (5) and perfect games (3), the latter record has since been surpassed.

On June 1, Osterman recorded her 136th and final NCAA career win, finishing in sixth place on the all-time list. In the win, Osterman struck out 18 Arizona State Sun Devils to set a new WCWS 7-inning game record; she also brought her season total to 608, passing Monica Abbott's 2005 strikeout total for second place on the single-season strikeouts list, 33 behind Courtney Blades's all-time record. The win was also her 85th NCAA career shutout, putting her in second place behind Michele Granger's career record 94 shutouts. Osterman's NCAA career hopes for a World Series championship ended on June 3; following a 2–0 loss to the Arizona Wildcats on June 2, she lost her second game in a row, 2–0 again, to the Bruins (who had ended the Longhorns run for a championship in 2003 and 2005).

She was a collegiate four-time All-American and six-time professional All-Star. She completed her college eligibility in 2006 at the University of Texas at Austin, where she was a starting pitcher for the Longhorns since 2002. Osterman holds the Big 12 Conference pitching Triple Crown for her career wins, ERA, and strikeouts, as well as shutouts, no-hitters, WHIP, and perfect games; she also holds the NCAA Division I record for strikeout ratio (14.34).

On February 15, 2006, Osterman was the first overall pick in the National Pro Fastpitch (NPF) softball league draft. [1] She was chosen by the Connecticut Brakettes. The Brakettes were formerly known as the Stratford Brakettes of the Amateur Softball Association. However, even though Osterman had been on their amateur roster for the five seasons prior to being drafted, she chose not to sign with them, making her officially a free agent on September 30. On December 19, 2006, the Rockford Thunder of the NPF announced that they signed Osterman to a contract for the 2007 season. [2] Per team policy, terms of the deal were not disclosed.

On July 2, 2006, Osterman threw a 12–0 no-hitter against the Arizona Heat in the USA Softball Exhibition, missing the perfect game by walking Kaleo Eldridge. She struck out 12 Heat batters, catching every batter at least once.

On July 17, 2006, Osterman won the championship game of the 2006 World Cup by beating Team Japan 5-2, giving up two runs on two hits and a walk while striking out 11 batters. She recorded two wins in the tournament, striking out 21 batters in 14-innings of work over three games (including two complete games, and a 9–0 shutout against Team Australia).

In 2007, Osterman appeared sparingly on ESPNU broadcasts as a color commentator for certain college softball games, including the game in which Monica Abbott surpassed her own career strikeout record.

Osterman continued to pitch for USA Softball Women's National team in 2007. In the Canada's Cup, she struck out 18 batters in 8-innings over four games from July 1–7 and gave up 1 run on three hits and four walks. In the World Cup, she struck out 21 batters in two complete game wins on July 13 and July 16, giving up four hits, two walks, and no runs.

In her rookie professional season, Osterman struck out 126 batters while walking 29, and surrendered 15 runs (12 earned) on 30 hits. She set a then league record with career best strikeout ratio of 12.5. She also had her first career no-hitter on August 26, 2007, over the New England Riptide, which got her team into the Cowles Cup Championship.

In 2009, Osterman posed nude along with three of her Olympic teammates for the first annual The Body Issue of ESPN The Magazine. Of the shoot, Osterman said that it was a "surprisingly emotional experience" and that "even though I was terrified on set at first, I'm glad I did it. Sometimes it's necessary to push yourself to see what you are made of."

In 2009, Osterman set career bests in ERA and WHIP and from June 6-August 9 she had a career best shutout streak of at least 55 innings that was snapped by the USSSA Pride in a 7-0 loss. She accomplished a no-hitter on June 13 over the Akron Racers. She won the Cowles Cup Championship in shutout fashion on August 23, 2009. She was named an All-Star and MVP for her efforts.

In 2012 Osterman was inducted into the Texas Sports Hall of Fame.

After announcing her retirement, Osterman went on to have arguably her best season ever. She won the pitching Triple Crown (only the second pitcher ever to accomplish the feat) and simultaneously set then season records in both the wins and strikeouts categories. The pitcher also was named All-NPF and tossed two no-hitters, the first coming on June 11, 2013 where she struck out 14, giving up only three walks. On June 27, she tied another single game record by punching out 18 batters in a 7-inning 3-0 win also against the NY/NJ Comets.

Osterman pitched her team through to the Cowles Cup Championship on August 24, 2013. She got the save in the finale and threw a shutout and two wins en route to the title and an MVP award. The victories would start a career best win streak that would stretch into her final season.

In 2014 Osterman signed on as an assistant softball coach at Texas State University.

Osterman opened the 2015 season with three wins for 21 consecutive victories dating back to 2013, a career highlight. The Akron Racers broke through on June 22 with a 2-0 decision. For the streak, Osterman completed 149.0 innings and surrendered 63 hits, 11 earned runs and 40 walks while fanning 237 hitters for a 0.51 ERA and 0.69 WHIP. On July 10, 2015, Osterman pitched the sixth no-hitter of her NPF career, beating the Pennsylvania Rebellion 2-1.

On June 8, 2017, the Pride announced that Osterman's jersey number 8 had been retired, commemorating it with a banner on the outfield fence. Osterman currently is tops in career strikeout ratio and no-hitters, while ranking second in ERA and strikeouts overall; the first pitcher to reach 1,000 career strikeouts.

Osterman retired after the 2008 games. In 2018, she announced that should would be un-retiring once softball was reintroduced for the 2020 games. Osterman made the team for the 2019 season. She helped Team USA win a silver medal at the 2020 Summer Olympics. Osterman did not allow a run in 14 innings of work and won two games for Team USA. She started the gold medal game against Team Japan but eventually the team was defeated in a 2–0 loss on July 27, 2021.