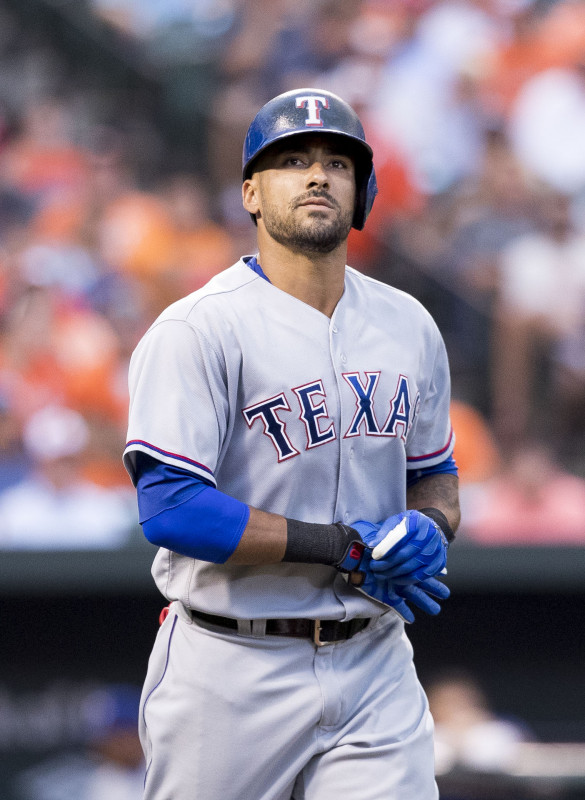 Ian Morgan Desmond (born September 20, 1985) is an American professional baseball infielder and outfielder for the Colorado Rockies of Major League Baseball (MLB). He previously played for the Washington Nationals and Texas Rangers. Desmond is a three-time Silver Slugger Award winner and a two-time MLB All-Star. While primarily a shortstop early in his career, Desmond began playing primarily left field, center field, and first base starting in 2016.

The Montreal Expos selected Desmond in the third round of the 2004 MLB draft (84th overall). Desmond batted .227 with one home run and 27 RBIs for the Gulf Coast League Expos in 2004. He was second in the Gulf Coast League with 216 at-bats and fifth in stolen bases with 13. He had a .250 batting average with one home run and one RBI in four games for the Class-A short-season Vermont Expos.

In 2005, Desmond batted .247 with four home runs and 23 RBIs in 73 games for Class-A Savannah Sand Gnats. He added a career-high 20 stolen bases. Desmond had a .256 batting average with three home runs and 15 RBIs in 55 games for the Class-A Advanced Potomac Nationals of the Carolina League. At season's end, he was named the best defensive shortstop in the South Atlantic League (SAL) in Baseball America's top tools survey of league managers. He was ranked as the 19th best prospect in the SAL by Baseball America.

In 2006, Desmond batted .244 with a career-high nine home runs and 45 RBIs for Potomac. He scored 50 runs and had 20 doubles in 92 games. He had a .182 batting average with no home runs and three RBIs for the Double-A Harrisburg Senators.

In 2008, Desmond played for Harrisburg and started the year there in 2009. In his three months there, he batted .306 and, in June, was promoted to the Triple-A Syracuse Chiefs. In 55 games with the Chiefs, he batted .354. After the minor league season ended, he was called up to the Nationals.

Desmond played his first major league game on September 10, 2009. He had his first hit, a double, and RBI during his second at bat. He later went on to hit his first home run during the same game. He followed that up with a 4-for-4 game, and become only the second player ever (along with Guy Sturdy of the 1927 St. Louis Browns) to record at least six hits and four RBI in his first two games as a major leaguer.

Desmond has a younger brother, Chris Charron. Desmond and fellow major league player Josh Roenicke are brothers-in-law; Roenicke, a pitcher who played for the Minnesota Twins through 2013 and signed a minor league deal with the Nationals for 2014, married Desmond's sister Nikki in 2010. In January 2010, Ian married his wife Chelsey, whom he met in the fifth grade. The couple has four children together. When his first child was born, Desmond became one of the first players to claim paternity leave, which had just been introduced to MLB. The family lives in Sarasota, Florida.

On March 28, 2010, after a solid spring training in which he led the team in RBIs, Desmond was awarded the Nationals' starting shortstop job, beating out incumbent Cristian Guzmán. His first full year was a bit erratic. He booted the first ball that came to him and in the next game, hit the first home run of the season for the Nationals. Desmond ended the season batting .269 with 10 home runs and 65 runs batted in while stealing 17 bases. In 2011 he batted .253/.298/.358.

While with the Nationals, Desmond served on the board of the Washington Nationals Youth Baseball Academy, which opened in 2014.

After rejecting a $15.8 million qualifying offer from the Nationals, Desmond remained a free agent until February 29, 2016, when he signed a one-year, $8 million contract with the Texas Rangers. Desmond was expected to play primarily in the outfield rather than as a shortstop for the Rangers. He made his first appearances in left and center field during Cactus League action in March 2016.

On December 13, 2016, Desmond signed a five-year contract with the Colorado Rockies. During a spring training game on March 13, 2017, Desmond was hit by a pitch on his left hand. The injury resulted in a metacarpal fracture, requiring surgery. He appeared in his first game for the Rockies on April 30 in left field, due to the strong play of first baseman Mark Reynolds.