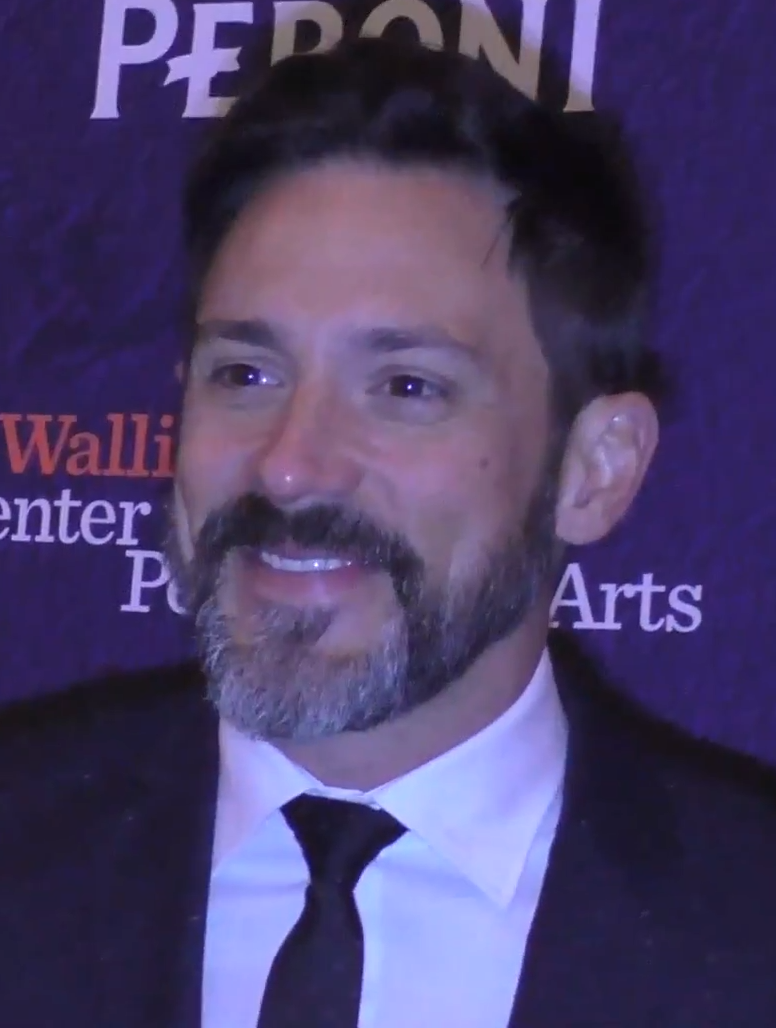 Steve Michael Kazee (born October 30, 1975) is an American actor and singer. He won the 2012 Tony Award for Best Performance by a Leading Actor in a Musical for Once.

Kazee was born and raised in Ashland, Kentucky. He is an alumnus of Fairview High School and Morehead State University. Kazee moved to New York City in 2002 and received his MFA from the Graduate Acting Program at NYU's Tisch School of the Arts.

He appeared in the New York Shakespeare Festival's As You Like It in June 2005. He appeared in Seascape on Broadway in November 2005 as the Leslie understudy. In January 2006, he appeared as Timmy Cleary in The Subject Was Roses, which played at the Kennedy Center. He was later cast as a replacement for Sir Lancelot in Spamalot on Broadway in April 2006. In 2007, he starred as Bill Starbuck in the revival of 110 in the Shade on Broadway, In 2008, he played Sobinsky in To Be Or Not To Be, which ran from September 16 through November 16 at the Samuel J. Friedman Theatre.

In 2006, Kazee played Dumas Shepherd in an episode of the television series Conviction. In 2007, he appeared as Michael Barlow in Medium and Mark Green in Numb3rs. In 2008, he appeared on NCIS as Michael Locke. In 2009, he played Dominic Humphreys on CSI: Crime Scene Investigation. Kazee had a starring role on the CMT's Working Class (2011), in which he played Nick Garrett.

Kazee starred as Guy in the stage adaptation of Once, He originated the role Off-Broadway when it opened at the New York Theatre Workshop on December 6, 2011. Once began previews on Broadway on February 28, 2012 and opened on March 18, 2012 at the Bernard B. Jacobs Theatre. Kazee made several TV appearances promoting Once, including Late Show with David Letterman and Today Show. Kazee won the 2012 Tony Award for Best Performance by a Leading Actor in a Musical. Kazee and the cast of Once won the Grammy for Best Musical Theater Album at the 55th Annual Grammy Awards.

In 2013 he appeared on Elementary as Jeff Hines and on Drop Dead Diva as Dustin Wycott. In 2015, he played Gus Pfender in a recurring role in season 5 and 6 of Showtime's series Shameless.

In 2017 it was announced that Kazee would star in the stage adaptation of the 1990 film Pretty Woman, opposite Samantha Barks in her Broadway debut. The musical, titled Pretty Woman: The Musical, is directed by Jerry Mitchell and premiered in Chicago in March 2018 and later opened on Broadway in August 2018. After performing as Edward in the Chicago production, Kazee left Pretty Woman: The Musical due to "family reasons." He was replaced by Andy Karl when the production transferred to Broadway.

In October 2018, it was confirmed that Kazee is in a relationship with Jenna Dewan. In September 2019, it was announced that the couple were expecting their first child together. In February 2020, he and Dewan became engaged. He and Dewan welcomed their son, Callum Michael Rebel on March 6, 2020.