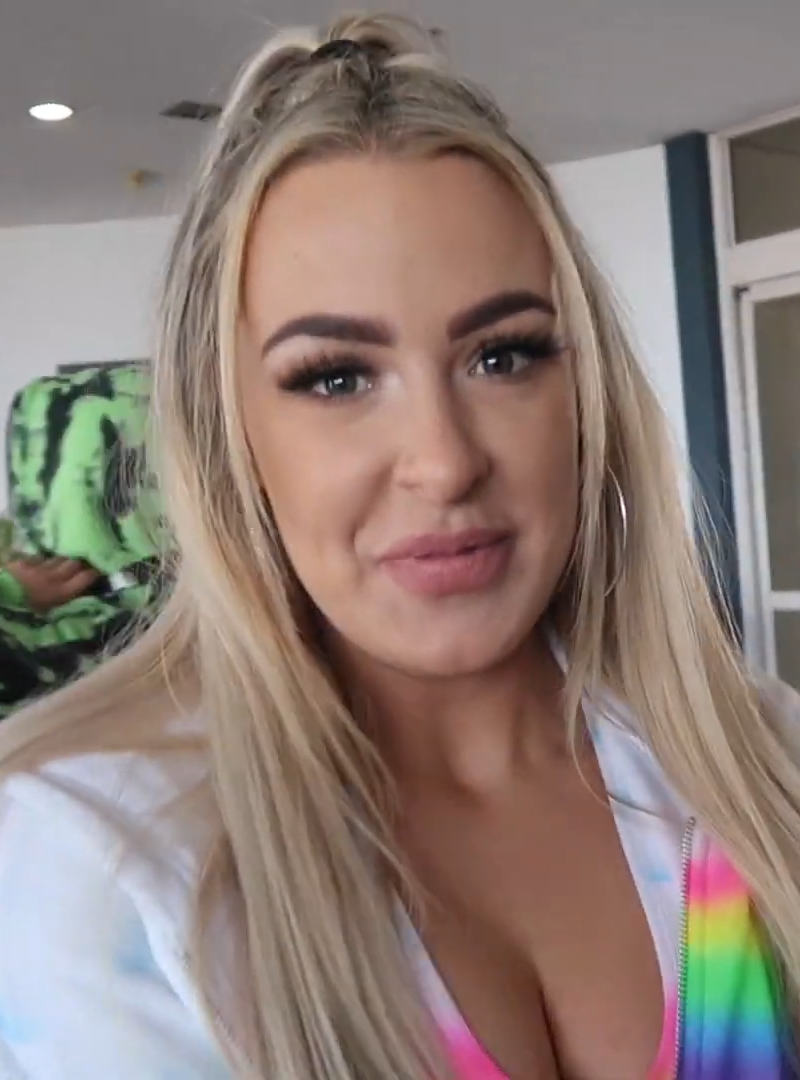 Tana Mongeau was born on June 24, 1998, to Rick and Rebecca Mongeau in Las Vegas, Nevada, where she was raised. While on MTV No Filter: Tana Turns 21, Tana said that her parents lacked parenting skills which caused her to have a strained childhood.

On January 24, 2017, Mongeau posted a video titled "The N Word" which has received over 7 million views. In the video, Mongeau describes an encounter where a person on her tour (later revealed to be YouTuber iDubbbz) told her "say nigger", in response to a tweet posted by Mongeau to iDubbbz, telling him to kill himself for his comedic use of "nigger" in his YouTube videos. iDubbbz in turn made a video outlining her hypocrisy, pointing out examples where she had previously and publicly used the word hatefully. On February 17, 2017, Mongeau posted a video titled "An apology" in response to the iDubbbz drama which has received over 3 million views.

Mongeau's most famous videos are her "storytime" videos. On February 10, 2017, Mongeau posted on her Snapchat that she was being investigated by the FBI after someone hacked into her emails and "sent a bombing and shooting threat to McCarran International Airport".

Mongeau announced on May 26, 2018, that she would be hosting her own convention, titled TanaCon, at the same time and in the same city as Vidcon 2018, from June 22–23. Mongeau intended TanaCon to be an alternative to VidCon after the VidCon 2017 organizers failed to give Mongeau the rights at the convention of a "featured creator". TanaCon took place in Anaheim, California, at the Anaheim Marriott Suites, on June 22, 2018, and was cancelled the same day. Over 80 creators were set to hold panels at the event including Bella Thorne, Shane Dawson, Casey Neistat, Miranda Sings, Ricky Dillon, Elijah Daniel, Jenn McAllister, Gabbie Hanna, Trevi Moran, Lisa Schwartz and Jack Baran. Despite Mongeau's claims that 20,000 people tried to attend the convention, 4,000 to 5,000 people attended at most and the Marriott was not capable of holding even that many people. Those who attended or lined up to attend complained of lack of food and water and standing for hours in the sun. It was reported that many people were sunburned and that some people passed out because of the heat. The event had received much attention and criticism. The Verge said that fans were comparing it to Fyre Fest, and attendees were yelling "refund" after the event. Dawson said that agreeing to appear at TanaCon was the "worst decision [he] ever made". Mongeau later apologized and said that refunds would be issued. Dawson later released a 3-part documentary style series of YouTube videos that shared Mongeau and other people involved in the convention's perspectives on the event. TanaCon was organized in collaboration with Michael Weist (talent manager).

Mongeau is openly bisexual. Mongeau was in a relationship with Bella Thorne from the summer of 2017 to February 2019. She dated Brad Sousa from February to April 2019, and afterwards began dating Jake Paul. She announced on June 24, 2019, that she and Paul were engaged. The couple later wed on July 28, 2019 in a ceremony at the Graffiti Mansion in Las Vegas. Later she admitted that her wedding to Jake Paul was not legal, but that she does genuinely love Paul. Although she had briefly changed her YouTube and Twitter display names to Tana Paul, her legal name is still Tana Mongeau. However, as of January 2020, she has changed her last name back to Mongeau on all social media platforms. Mongeau began dating Francesca Farago in July 2020. Prior to these relationships, she dated rapper Lil Xan.

It was announced on April 29, 2019, that Mongeau will be starring on her own MTV reality series titled MTV No Filter: Tana Turns 21 premiering Summer 2019. Mongeau's fourth solo single, "FaceTime", was released on May 18, 2019, alongside its music video.