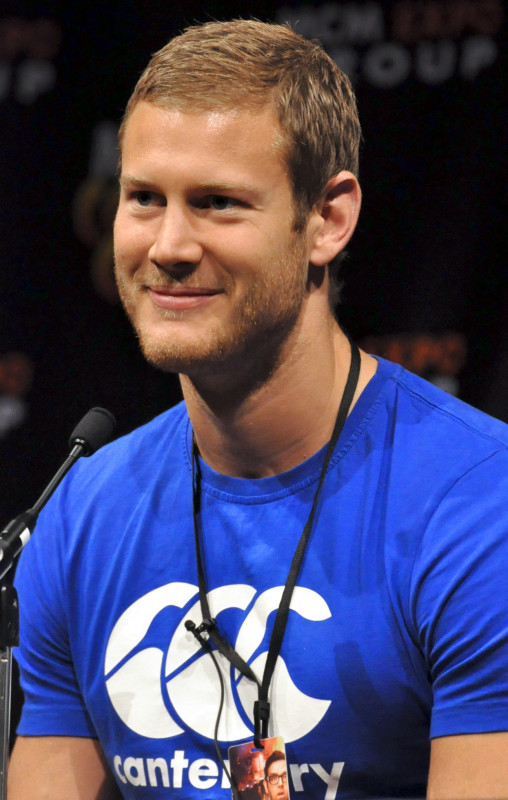 Thomas Edward Hopper (born 28 January 1985) is an English actor. He has appeared as Sir Percival in Merlin, Billy Bones in Black Sails, Dickon Tarly in Game of Thrones, and Luther Hargreeves in The Umbrella Academy.

Thomas Edward Hopper was born on 28 January 1985 in Coalville, Leicestershire. He attended Ashby School, where he first developed an interest in acting. He enrolled in a drama class and appeared in a production of the musical Return to the Forbidden Planet. He studied acting at Rose Bruford College.

Hopper was cast in As You Like It at the Watford Palace Theatre and has appeared in various television programmes and films including Saxon, Casualty, Kingdom and Doctors. Hopper portrayed Marcus in the comedy-horror film, Tormented about a bullied teenager who comes back from the dead to take revenge on his classmates; the film was released in May 2009.

In 2010, he was in an episode of Doctor Who. Hopper played Sir Percival in the BBC series Merlin. He joined the series in the third season in 2010, and was a regular for the next two seasons. After Merlin ended in 2012, he featured in Good Cop in 2012. In 2013, Hopper starred in Cold, directed and written by his Merlin co-star Eoin Macken. The film was later released in the United States as Leopard. In 2014, Hopper starred as Asbjörn in Northmen: A Viking Saga.

Hopper married actress Laura Higgins in 2014. They have a son and daughter.

In 2016, Hopper appeared in thriller Kill Ratio and an episode of Barbarians Rising. The following year, he joined the cast of the HBO series Game of Thrones in season 7 as Dickon Tarly, replacing Freddie Stroma who had previously appeared in the role in season 6. In 2018, Hopper appeared alongside Amy Schumer in I Feel Pretty. In 2019, Hopper appeared as Luther Hargreeves in The Umbrella Academy. For the role, Hopper wore a muscle suit to achieve the correct look and underwent martial arts training.

Hopper will appear in the 2020 film SAS: Red Notice. In March 2019, he joined the cast of The Hitman's Wife's Bodyguard.