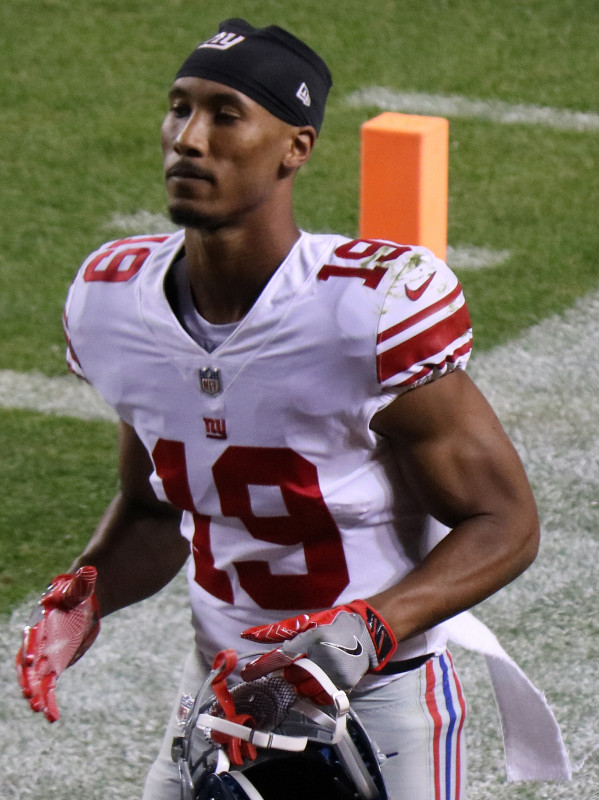 Travis Rudolph (born September 15, 1995) is an American football wide receiver who is a free agent. He played college football at Florida State, and has previously played for the New York Giants and Miami Dolphins of the National Football League (NFL).

In August 2016, while visiting a middle school in Tallahassee with other FSU players, Rudolph made national headlines after he sat and ate lunch with Bo Paske, an autistic student who was eating by himself.

In April 2017, days before the 2017 NFL Draft, Rudolph's father, Darryl, was shot and killed while working as a maintenance worker at a strip club in West Palm Beach, Florida. Police said Darryl Rudolph was working in a back storage room when a coworker, in an adjacent room, accidentally discharged a rifle while moving it off a shelf. The bullet traveled through the wall and struck Darryl in the neck.

Rudolph signed with the New York Giants as an undrafted free agent following the 2017 NFL Draft. He was waived on September 2, 2017 and was signed to the Giants' practice squad the next day. He was promoted to the active roster on October 9, 2017 after injuries to multiple receivers on the team. Rudolph recorded his first NFL reception in a Week 7 game against the Seattle Seahawks on October 22, 2017. Rudolph finished the game with 3 receptions for 32 yards.

Rudolph was signed to the Miami Dolphins practice squad on October 10, 2018, however he suffered a torn ACL in his first day of practice and was placed on the practice squad/injured list.

Rudolph signed with the Winnipeg Blue Bombers of the Canadian Football League on January 6, 2020. He was released on April 7, 2021.

On April 7, 2021, Rudolph was arrested in Palm Beach County, FL and charged with one count of first degree murder and three counts of attempted first degree murder. Police say following a dispute at Rudolph’s mother’s house in Lake Park, Rudolph opened fire on four people who were reportedly leaving the area in a vehicle. One person was killed and another was wounded as a result.