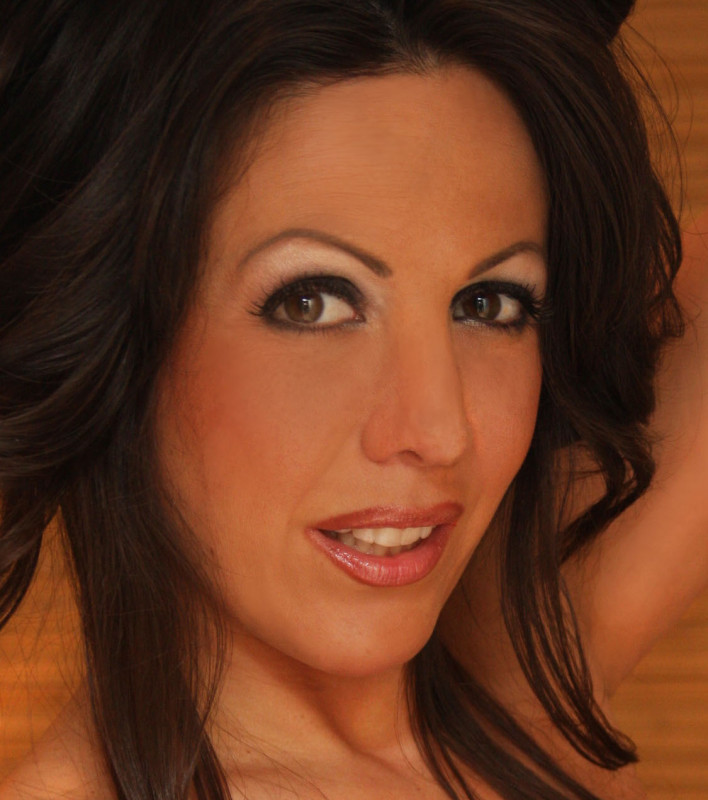 Amy Elizabeth Fisher (born August 21, 1974) is an American woman who became known as "the Long Island Lolita" by the media in 1992, when, at the age of 17, she shot and severely wounded Mary Jo Buttafuoco, the wife of her illicit lover, Joey Buttafuoco. Initially charged with first-degree attempted murder, she eventually pleaded guilty to first-degree aggravated assault and served seven years in prison. Paroled in 1999, Fisher became a writer, a webcam model, and a pornographic actress.

With the aid of Peter Guagenti, Fisher obtained a .25 caliber pistol and then went out to steal a set of license plates from a neighborhood car. On May 19, 1992, Guagenti helped Fisher put the license plates on his Pontiac Firebird and then drove her to the Buttafuoco home in Massapequa, New York. Fisher later explained to the police that she had expected Guagenti to carry out the shooting, but he refused. When Mary Jo Buttafuoco answered the door, Fisher told her that Joey Buttafuoco was having an affair with Fisher's (imaginary) younger sister, providing a T-shirt advertising Buttafuoco's auto body shop for her "proof." The conversation lasted about 15 minutes, but Buttafuoco became increasingly angry with Fisher's claims. She finally told her to leave and then turned her back to return to the house. Fisher then produced the gun, struck Buttafuoco in the head with it, and then aimed at her temple and fired. Buttafuoco fell to the ground, severely wounded. Fisher dropped the shirt and the gun and ran towards the car, but Guagenti told her to take the evidence with her, so she ran back to retrieve both items and then they both fled the scene. Neighbors called 911 and came to Buttafuoco's aid. She was operated on all night, and although unable to remove the bullet, the doctors were able to save her life.

In September 1992, the tabloid television show Hard Copy broadcast a videotaped conversation between Fisher and Paul Makely, the owner of a gym in Massapequa. In the tape, recorded hours before she agreed to the plea in court, Fisher could be seen talking about her future, saying that she wanted to marry Makely so he could visit her in prison. Fisher explained that her lawyer believed requiring people to be married for such visits was unconstitutional and that she intended to challenge the law on this matter. Fisher could be seen on the tape saying: "That will keep my name in the press. I want my name in the press. Why? Because I can make a lot of money. I figure if I'm going through all this pain and suffering, I'm getting a Ferrari."

When interviewed by police, Joey Buttafuoco told them that Fisher could be the shooter. Police Detective Martin Alger obtained a photo of Fisher, and when Mary Jo Buttafuoco regained consciousness the next day, she was able to recognize Fisher from the photo. Fisher was arrested and charged with attempted murder, and on September 23, 1992, she pleaded guilty to first-degree assault.

Joey Buttafuoco denied having an affair with Fisher. In October 1992, the Nassau County District Attorney stated that Buttafuoco would not be prosecuted. However, in February 1993, the case against him was reopened due to rape charges made by Fisher. She testified against him in court and based on this testimony and hotel receipts (dated before Fisher's 17th birthday) with Buttafuoco's signature on them, Buttafuoco was charged with statutory rape. Buttafuoco pleaded guilty in October 1993. He served four months in prison.

On December 2, 1992, Fisher was sentenced to 5 to 15 years in prison. She served seven years and was granted parole in May 1999 after Nassau County Court Judge Ira Wexner shortened her maximum sentence to 10 years, which made her immediately eligible for parole. The judge acted after having found that she had not been appropriately represented by her lawyer at the time of her 1992 guilty plea.

After her release from prison, Fisher became a columnist for the Long Island Press. Her biography, If I Knew Then..., written by Robbie Woliver, was published in 2004 and became a New York Times bestseller. In 2003, Fisher married Louis Bellera. The couple had three children before divorcing in 2015.

In 2006, Fisher reunited with Mary Jo Buttafuoco in sessions televised for Entertainment Tonight and its spinoff, The Insider. Fisher said she wanted to heal and move on with her life. However, two years later, she said she felt "no sympathy for Mary Jo", without giving an explanation. Fisher and Joey Buttafuoco eventually reunited for the first time at the 2006 Lingerie Bowl for the coin toss.

In May 2007, Fisher and Joey Buttafuoco met for dinner in Port Jefferson, Long Island, in what TV producer David Krieff said was an attempt to develop a reality-television show. In June and July 2011 Fisher appeared as a cast member in the fifth season of the reality-television series Celebrity Rehab with Dr. Drew, which aired on VH1.

In early January 2008, Fisher announced that she had settled with Red Light and agreed to do a related promotional appearance. The same announcement indicated that she and Bellera had reconciled. The promotional appearance took place at Retox in New York City on January 4, 2008. Clips of the video were played on The Howard Stern Show. On March 6, 2008, Fisher was a guest on the Stern show, and one topic of discussion was meant to be her video. But after the first phone call, which was from Mary Jo Buttafuoco's daughter Jessica, Fisher left the show six minutes into her interview.

On January 12, 2009, Fisher released a pay-per-view adult film titled Amy Fisher: Totally Nude & Exposed. Fisher signed a deal with Lee Entertainment to become a stripper doing club shows at least once a month. Fisher claimed she planned to strip until her fans told her, "Dear, please put your clothes back on. You're too old." In September 2010, DreamZone Entertainment released the adult film Deep Inside Amy Fisher, calling it the first of eight such films Fisher would produce and in which she would star. The company had announced the movie in July 2010 under the working title The Making of Amy Fisher: Porn Star. In June 2011, Fisher said she was no longer making adult films.