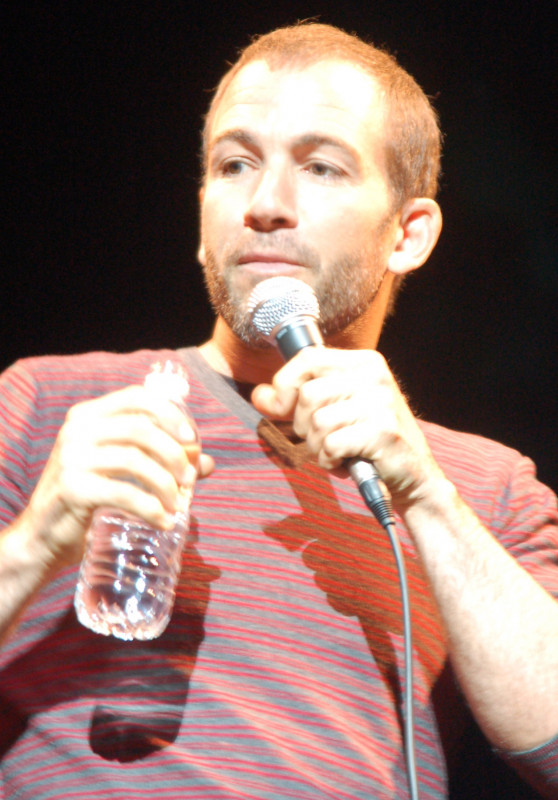 Bryan Callen (born January 26, 1967) is an American stand-up comedian, actor, writer and podcaster. He studied acting at the Beverly Hills Playhouse. Callen initiated his career as one of the original cast members on the sketch comedy series MADtv. Callen played Coach Mellor in The Goldbergs and reprised the role as a main character in the Goldbergs spinoff series Schooled. He is co-host of the podcast The Fighter and the Kid, alongside Brendan Schaub.

Callen was born on a military base in Manila, Philippines. He is the son of American parents, Victoria Callen (née Sclafani) and Michael A. Callen. Because of his father's career as an international banker, Callen lived overseas until he was fourteen years old, including in The Philippines, India, Pakistan, Lebanon, Greece and Saudi Arabia. He graduated from Northfield Mount Hermon High School in Gill, Massachusetts in 1985. He then attended American University in Washington, D.C., where he graduated with a bachelor's degree in History. He is of Italian and Irish descent.

Callen co-wrote and co-starred in Dream Crushers with Will Sasso, Sara Rue, and Scott Thompson. The series was shot in 2009 but unaired until 2011. He appeared with Melinda Hill in an episode of the 2012-13 web series Romantic Encounters.

In 2016 Schaub and Callen released The Fighter and the Kid 3D. The twelve episode digital download series features sketch comedy pieces based on the duo's podcast personas.

Schaub and Callen performed the podcast live on a national tour in 2016. The tour included such venues as The Vic Theatre (Chicago), Gramercy Theatre (New York City), and Wilbur Theatre (Boston); culminating at the Comedy Store in Los Angeles.

Schaub and Callen regularly appear alongside Joe Rogan during live event broadcasts, such as the UFC and Glory kickboxing, for what is called the Fight Companion. They also appeared on the MTV show Ridiculousness, hosted by Rob Dyrdek, in June 2016.

Callen also plays the role of Coach Mellor in The Goldbergs and its spinoff series Schooled. The pilot aired on January 24, 2018. The spinoff was picked up for 13 episode order for the fall 2018 television season.

Callen headlines his solo stand up comedy act at venues across the United States. In early 2016 he released Never Grow Up which was recorded live at the Irvine Improv in April, 2015. Never Grow Up was released online in conjunction with The Fighter and the Kid 3D Web series. he released a special in 2019 called Complicated Apes.

On July 31, 2020, following the accusations of misconduct towards Chris D'Elia from a month prior, it was reported by The Los Angeles Times that four women told the newspaper that Callen mistreated them and described incidents of sexual misconduct including rape, assault, and disturbing comments that date back to 1999. In a tweet about the accusations, Callen posted: “Let me be very clear: I have never raped, forced myself upon any woman nor offered to trade stage time for sex. EVER.” Callen followed up with a statement: “The horrific and false allegations originated in today’s LA TIMES will be addressed in detail in a special Saturday night edition of my podcast TFATK tomorrow. I will not allow the cancel culture to subvert what I know and as importantly, what these women know, is the truth."