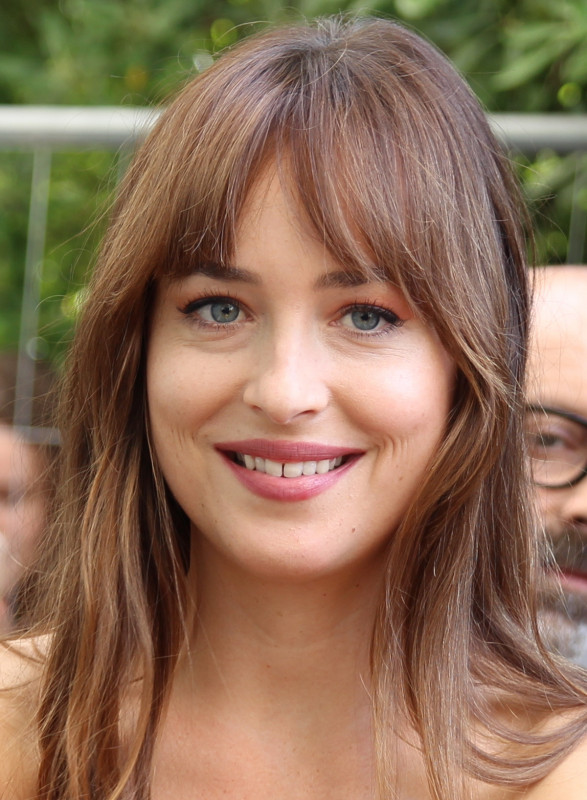 On February 15, 2015, Johnson appeared on Saturday Night Live's 40th anniversary special and hosted SNL on February 28, 2015, making her the second daughter of a former SNL host (after Gwyneth Paltrow, whose mother Blythe Danner hosted during the show's seventh season in 1982) to host the show. Also in 2015, she reunited with her 21 Jump Street cast member Johnny Depp, playing the mother of his character's child in the feature film Black Mass. In 2015, Johnson starred in Luca Guadagnino's thriller A Bigger Splash, opposite Tilda Swinton, Matthias Schoenaerts and Ralph Fiennes. The same year saw the release of Cymbeline, a modern film adaptation of the William Shakespeare play, in which she starred opposite Ethan Hawke and Ed Harris. She also played a lead in the 2016 comedy How to Be Single, with Leslie Mann and her Date and Switch co-star Nicholas Braun.

Dakota Mayi Johnson (born October 4, 1989) is an American actress and model. The daughter of actors Don Johnson and Melanie Griffith, she made her film debut at age ten with a minor appearance in Crazy in Alabama (1999), a dark comedy film starring her mother. Johnson was discouraged from pursuing acting further until she completed high school, after which she began auditioning for roles in Los Angeles.

Dakota Mayi Johnson was born on October 4, 1989, at Brackenridge Hospital in Austin, Texas, to actors Melanie Griffith and Don Johnson. At the time of her birth, her father was shooting the film The Hot Spot in Texas. Her maternal grandparents are advertising executive and former child actor Peter Griffith and actress Tippi Hedren, and she is the niece of actress Tracy Griffith and production designer Clay A. Griffin. Her former stepfather is actor Antonio Banderas. She has four paternal siblings, including actor Jesse Johnson, and two maternal siblings.

In 1999, Johnson made her film debut in Crazy in Alabama where she and her sister Stella Banderas played daughters to their real-life mother, Melanie Griffith. The film was directed by her then-stepfather, Antonio Banderas. In 2006, she was chosen as Miss Golden Globe 2006, where she served as the first second-generation Miss Golden Globe in the Globes' history.

In 2006, Johnson signed with IMG Models. Though acting is her primary work, she has since modeled for MANGO brand's jeans line in 2009 and shot the "Rising Star" campaign for Australian fashion label Wish in 2011.

Once Johnson graduated from high school, she signed with the William Morris Agency and started her acting career. She appeared in a minor role as Amelia Ritter in the Oscar-nominated hit film The Social Network (2010), directed by David Fincher. She had a small role in the fantasy film Beastly (2011), followed by So Yong Kim's drama For Ellen (2012) opposite Paul Dano and Jon Heder, about a struggling musician in the midst of a custody battle. Also in 2012, she had roles in Christopher Neil's independent comedy Goats, portraying a student at a prep school; Nicholas Stoller's romantic comedy The Five-Year Engagement; and the comedy 21 Jump Street. She also played the female lead in Chris Nelson's film Date and Switch written by Alan Yang.

In March 2012, Johnson was cast as Kate in the Fox comedy series Ben and Kate, marking her television debut. The show was cancelled on January 25, 2013 after one season. Johnson quickly resumed her film career, with a small role in Need for Speed (2014). In 2013, she had a role as one of the new hires on the series finale episode of the NBC comedy series The Office.

She was cast in a minor part in The Social Network (2010), and subsequently had supporting roles in the comedy 21 Jump Street, the independent comedy Goats, and the romantic comedy The Five-Year Engagement (all 2012). In 2015, Johnson had her first starring role as Anastasia Steele in the Fifty Shades film series (2015–18). For her performance in the series, she received a BAFTA Rising Star Award nomination in 2016.

Johnson's breakthrough came when she starred as Anastasia "Ana" Steele in the erotic romantic drama film Fifty Shades of Grey, which was released in February 2015 and brought her international recognition. Johnson won the role over Lucy Hale, Felicity Jones, Elizabeth Olsen, Danielle Panabaker and Shailene Woodley. In answer to questions regarding her stance on gender rights with respect to her role in the Fifty Shades film series, Johnson said: "I'm proud of [the movie]. I completely disagree with people who think Ana's weak. I think she's actually stronger than he is. Everything she does is her choice. And if I can be an advocate for women to do what they want to do with their bodies and not be ashamed of what they want, then I'm all for that."

She has been in a relationship with musician Chris Martin since October 2017.

Johnson trained in dance to prepare for Luca Guadagnino's Suspiria (2018), a supernatural horror film and remake of the 1977 film by Dario Argento, in which she plays an American dancer in Berlin who enrolls in an academy run by a coven of witches. David Ehrlich of IndieWire described Johnson's performance in the film as "thrillingly unrepentant." Also in 2018, she starred in Drew Goddard's neo-noir thriller Bad Times at the El Royale, with Jeff Bridges, Jon Hamm and Chris Hemsworth. In the film, she plays a hippie staying at a resort on the California-Nevada border where the lives of various people with suspicious pasts intersect.

Following Fifty Shades, Johnson appeared in the biographical crime film Black Mass (2015) and Luca Guadagnino's drama A Bigger Splash (2015). She reunited with Guadagnino, portraying the lead role in Suspiria (2018), a supernatural horror film based on the 1977 film by Dario Argento. That same year, she appeared in an ensemble cast in the thriller film Bad Times at the El Royale (2018). In 2019, Johnson had a starring role in the psychological horror film Wounds and the comedy-drama film The Peanut Butter Falcon.

In 2019, Johnson starred in the psychological horror film, Wounds, opposite Armie Hammer, directed by Babak Anvari, based upon a horror novella The Visible Filth by Nathan Ballingrud. It had its world premiere at the Sundance Film Festival on January 26, 2019. She then starred in the well-reviewed independent adventure film, The Peanut Butter Falcon, opposite Shia LaBeouf and Bruce Dern, which had its world premiere at South by Southwest on March 9, 2019. She will next appear in The Friend, opposite Casey Affleck and Jason Segel, directed by Gabriela Cowperthwaite, based upon real life couple Nicole and Matthew Teague, faced with Nicole's impending death, see their best friend move in with them to help them out. She will also star in the comedy film The High Note. . She signed on to act in The Lost Daughter for director Maggie Gyllenhaal, based on an adaptation of Elena Ferrante's novel.