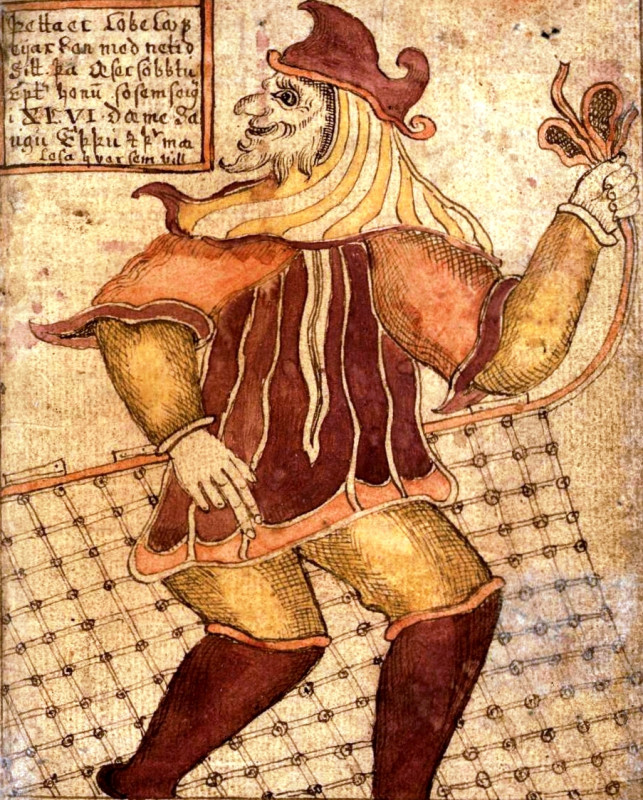 Loki's origins and role in Norse mythology have been much debated by scholars. In 1835, Jacob Grimm was first to produce a major theory about Loki, in which he advanced the notion of Loki as a "god of fire". In 1889, Sophus Bugge theorized Loki to be variant of Lucifer of Christianity, an element of Bugge's larger effort to find a basis of Christianity in Norse mythology. After World War II, four scholarly theories dominated. The first of the four theories is that of Folke Ström, who in 1956 concluded that Loki is a hypostasis of the god Odin. In 1959, Jan de Vries theorized that Loki is a typical example of a trickster figure. In 1961, by way of excluding all non-Scandinavian mythological parallels in her analysis, Anna Birgitta Rooth concluded that Loki was originally a spider. Anne Holtsmark, writing in 1962, concluded that no conclusion could be made about Loki.

A fragmentary late 10th-century cross located in St Stephen's Church, Kirkby Stephen, Cumbria, England, features a bound figure with horns and a beard. This figure is sometimes theorized as depicting the bound Loki. Discovered in 1870, the stone consists of yellowish-white sandstone, and now sits at the front of the Kirkby Stephen church. A depiction of a similarly horned and round-shouldered figure was discovered in Gainford, County Durham and is now housed in the Durham Cathedral Library.

In 1950, a semi-circular flat stone featuring a depiction of a mustachioed face was discovered on a beach near Snaptun, Denmark. Made of soapstone that originated in Norway or Sweden, the depiction was carved around the year 1000 CE and features a face with scarred lips. The figure is identified as Loki due to his lips, considered a reference to a tale recorded in Skáldskaparmál where sons of Ivaldi stitch up Loki's lips.

In 2008, five black smokers were discovered between Greenland and Norway, the most northerly group so far discovered, and given the name Loki's Castle, as their shape reminded discoverers of a fantasy castle, and (a University of Bergen press release says) "Loki" was "an appropriate name for a field that was so difficult to locate".