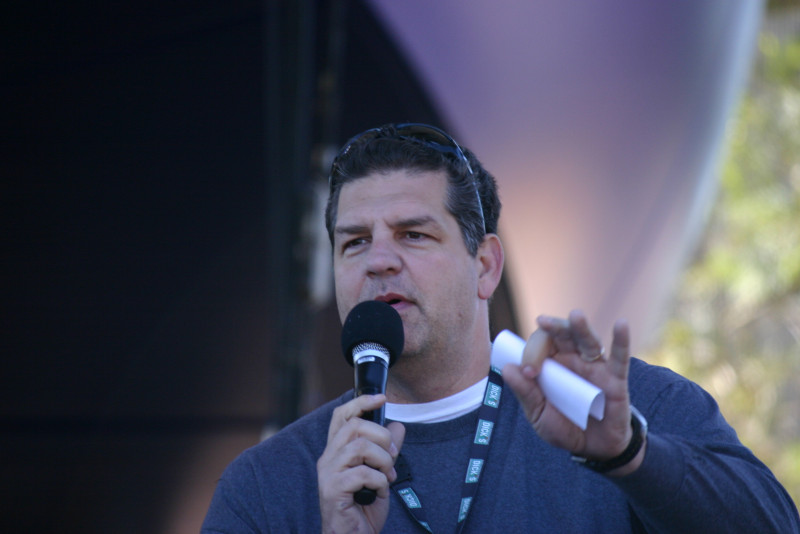 Golic was born and raised in Willowick, Ohio, and attended St. Joseph High School in Cleveland, Ohio. Golic graduated from the University of Notre Dame in 1985 as a finance and management major. He served as captain of the football team during his senior season and also wrestled for the Irish.

He is also a former analyst for ESPN and ESPN2's NFL studio programming, as well as for the networks' college football coverage. Golic joined ESPN in 1995 as a reporter/analyst for Sunday NFL Countdown. Since then he has worked as the color commentator for the Arena Football League (1996–98, 2007–present) and the NFL's Jacksonville Jaguars pre-season games (1995–98). In 1998, Golic began serving as college football analyst for ESPN and ABC, and was an original analyst for NFL 2Night (now known as NFL Live), the five-night-per-week news and information program on ESPN2.

From January 2, 2000 to November 17, 2017, he hosted Mike & Mike with Mike Greenberg on ESPN Radio and ESPN2. November 27, 2017, he began a show with Trey Wingo named Golic and Wingo, which also featured Mike Jr. Prior to "Mike and Mike," Golic was co-host of ESPN Radio's first morning show, "The Bruno-Golic Morning Show," with talk radio veteran Tony Bruno. The program started in 1998 and ended in 1999 with Bruno's resignation from ESPN Radio. Golic worked with a series of co-hosts for the remainder of 1999. On July 9, 2020, ESPN announced that they would be canceling Golic and Wingo. Their final program together aired July 31, 2020. On July 18, 2020 Adam Schefter reported that Golic would return to his former role as college football analyst for ESPN during the 2020 season.

Golic made an appearance on ESPN's mini-series Tilt. He can be seen during the final episode eating a donut at the buffet table. Mike also appeared with Mike Greenberg on the TV series Guiding Light in 2008.

On April 27, 2008, it was announced Golic would appear alongside football's greatest players in the PS3 and Xbox 360 game, All-Pro Football 2K8.

In 2010, Golic co-wrote the book Mike and Mike's Rules for Sports and Life with co-host Mike Greenberg.

In 2015, Golic was inducted into the National Wrestling Hall of Fame in the Outstanding American category, designated for those who have used wrestling as a stepping stone to success in other fields.