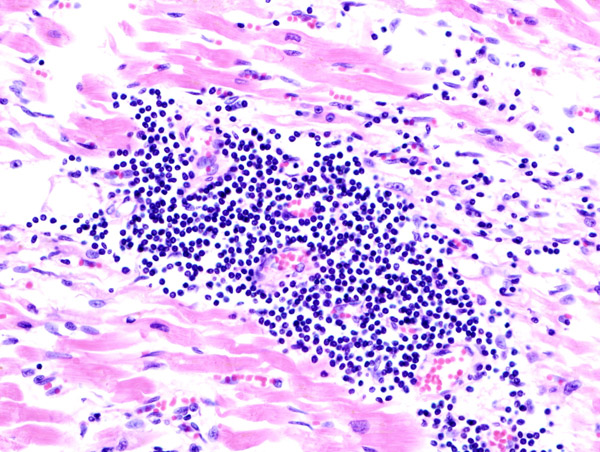 Cases of myocarditis have been documented as early as the 1600s, but the term "myocarditis", implying an inflammatory process of the myocardium, was introduced by German physician Joseph Friedrich Sobernheim in 1837. However, the term has been confused with other cardiovascular conditions, such as hypertension and ischemic heart disease. Following admonition regarding the indiscriminate use of myocarditis as a diagnosis from authorities such as British cardiologist Sir Thomas Lewis and American cardiologist and a co-founder of the American Heart Association Paul White, myocarditis was under-diagnosed.

In 2013, about 1.5 million cases of acute myocarditis occurred. While people of all ages are affected, the young are most often affected. It is slightly more common in males than females. Most cases are mild. In 2015 cardiomyopathy, including myocarditis, resulted in 354,000 deaths up from 294,000 in 1990. The initial descriptions of the condition are from the mid-1800s.

Cardiac magnetic resonance imaging (cMRI or CMR) has been shown to be very useful in diagnosing myocarditis by visualizing markers for inflammation of the myocardium. Consensus criteria for the diagnosis of myocarditis by CMR were published in 2009.