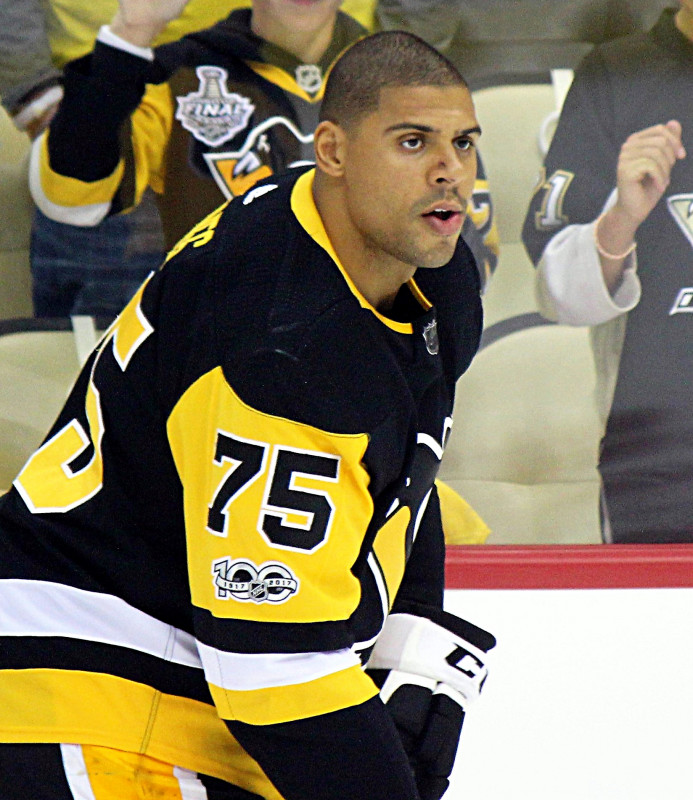 Reaves was drafted by the St. Louis Blues 156th overall in the 2005 NHL Entry Draft. On May 15, 2007, Reaves signed a three year entry level contract with the St. Louis Blues. At the conclusion of his major junior season, Reaves attended the Blues 2007 training camp and was reassigned to their American Hockey League affiliate, the Peoria Rivermen. While playing with the Rivermen during the 2007–08 season, he suffered an injury in a game against the Rockford IceHogs and was reassigned to the Blues ECHL affiliate, the Alaska Aces.

Reaves was recalled from the Peoria Rivermen by the Blues on October 10, 2010, after Cam Janssen suffered a concussion from a hit to the head in the Blues season opener on October 9. Reaves made his NHL debut on October 11, 2010, where he served 15 penalty minutes in the Blues' 5–1 win over the Anaheim Ducks. He was returned to Peoria after two games with the Blues as Vladimír Sobotka returned from the Injured reserve list. He later scored his first NHL goal on January 12, 2011, again against the Ducks, on goaltender Jonas Hiller.

Reaves' playstyle has often led to run-ins with the NHL Department of Player Safety. He has been suspended three times during his NHL career for a total of six games (including three playoff games), and has been fined an additional three times. During the second round of the 2021 Stanley Cup playoffs, Reaves received a match penalty for attempting to injure Colorado Avalanche's Ryan Graves, after kneeling on his neck and pulling parts of his hair out. This incident resulted in a 2 game suspension from the NHL. Reaves was suspended for Game 7 of the Golden Knights' second round against the Vancouver Canucks in the 2020 Stanley Cup playoffs for an illegal hit to the head of Vancouver Canucks forward Tyler Motte, and was also suspended three games after boarding San Jose Sharks defenseman Matt Tennyson in 2016.

On June 23, 2017, after seven seasons with the Blues, Reaves was traded to the Pittsburgh Penguins along with a second-round pick (51st overall) in the 2017 NHL Entry Draft in exchange for Oskar Sundqvist and the Penguins' first-round pick (31st overall) in the 2017 draft. In the 2017–18 season, Reaves added muscle to the Penguins lower lines, providing 4 goals and 8 points in 58 games.

On July 1, 2018, Reaves signed a two-year contract with the Golden Knights. He recorded a career-high nine goals and 20 points the subsequent season.

On May 31, 2021, Reaves was suspended for two games in the second round of the 2021 Stanley Cup playoffs for an injury on Colorado Avalanche skater Ryan Graves.

On July 29, 2021, the Golden Knights traded Reaves to the New York Rangers for a 2022 third-round draft pick, and on July 31, he signed a one-year contract extension with the team.

After going scoreless in 12 games with the Rangers to open the 2022–23 season, Reaves was traded by New York to the Minnesota Wild in exchange for a fifth-round pick in the 2025 NHL Entry Draft on November 23, 2022.