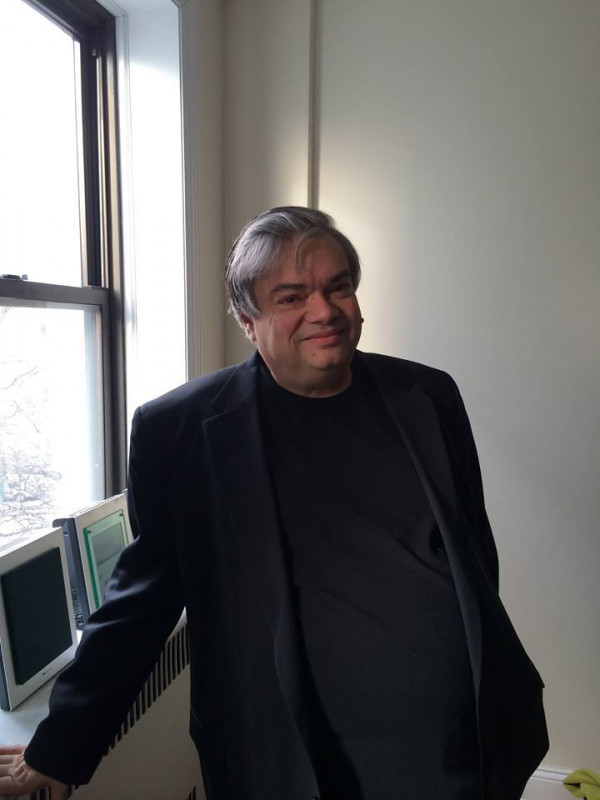 Terrance Alan Teachout was born on February 6, 1956, in Cape Girardeau, Missouri, the oldest son of Herbert H. Teachout, a hardware salesman, and Evelyn Teachout (née Crosno), a secretary. He grew up in Sikeston, Missouri.

Teachout attended St. John's College in Annapolis, Maryland, but left after one semester. He received a B.A. in journalism and music from William Jewell College in Liberty, Missouri, in 1979 and attended the University of Illinois at Urbana-Champaign from 1983 to 1985, in a graduate psychology program, but left to pursue his journalism career.

From 1979 to 1983, Teachout lived in Kansas City, Missouri, where he worked as a bank teller and jazz bassist; during this period, he also wrote about music for The Kansas City Star. In 1985, Teachout relocated to New York City, where he worked as an editor at Harper's Magazine from 1985 to 1987 and an editorial writer for the New York Daily News from 1987 to 1993. From 1993 to 2000 Teachout was the classical music and dance critic at the Daily News.

In 1992, Teachout rediscovered the manuscript of A Second Mencken Chrestomathy among H. L. Mencken's private papers and edited it for publication by Alfred A. Knopf in 1995.

In 2003, Teachout became the drama critic for The Wall Street Journal. He was also critic-at-large for the magazine Commentary.

In 2005, Teachout was diagnosed with congestive heart failure. He lived in Upper Manhattan. He was married twice, first to Liz Cullers, until their divorce, and then to the former Hilary Dyson from 2007 until her death in 2020. In June 2021, he began a relationship with Cheril Mulligan.

In 2009, Teachout published Pops: A Life of Louis Armstrong. "With Pops, his eloquent and important new biography of Armstrong, the critic and cultural historian Terry Teachout restores this jazzman to his deserved place in the pantheon of American artists," Michiko Kakutani wrote in her New York Times review of the book. The Washington Post chose Pops as one of the ten best books of 2009, The Economist chose it as one of the best books of the year, and the New York Times Book Review chose it as one of the "100 notable books" of 2010.

Teachout also wrote the libretti for three operas by Paul Moravec: The Letter, an opera based on the 1927 play by W. Somerset Maugham that was premiered on July 25, 2009, by the Santa Fe Opera; Danse Russe, a one-act backstage comedy about the making of Igor Stravinsky's The Rite of Spring that was premiered by Philadelphia's Center City Opera Theater on April 28, 2011; and The King's Man, a one-act companion piece to Danse Russe about Benjamin Franklin and his illegitimate son William that was premiered by Louisville's Kentucky Opera on a double bill with Danse Russe on October 11, 2013. In addition, Teachout was the librettist for Moravec's cantata "Music, Awake!," which was premiered at Rollins College by the Bach Festival Society of Winter Park (Florida) on April 16, 2016.

Satchmo at the Waldorf, a one-man-two-character play about Louis Armstrong and Joe Glaser, Armstrong's manager, was premiered at Orlando Shakespeare Theater's Mandell Theatre in Orlando, Florida, on September 15, 2011, in a production starring Dennis Neal and directed by Rus Blackwell. An extensively revised version of Satchmo at the Waldorf in which Miles Davis is also briefly portrayed was produced by Shakespeare & Company of Lenox, Massachusetts, in August 2012, with John Douglas Thompson playing Armstrong, Glaser, and Davis. The production, which transferred to Long Wharf Theatre of New Haven, Connecticut, in October 2012, and to Philadelphia's Wilma Theater in November 2012, was directed by Gordon Edelstein.

In 2013, Teachout's biography Duke: A Life of Duke Ellington was published. Duke was longlisted for the National Book Awards nonfiction prize. James Gavin, writing in the New York Times Book Review, called Duke a "cleareyed reassessment of a man regarded in godlike terms" that "humanizes a man whom history has kept on a pedestal", praising its "sound scholarship and easy readability." Kirkus Reviews called it “an instant classic…Teachout solidifies his place as one of America’s great music biographers.” Publishers Weekly called it “revealing…Teachout neatly balances colorful anecdote with shrewd character assessments and musicological analysis.”

Satchmo at the Waldorf transferred to New York City's Westside Theatre, an off-Broadway house, on March 4, 2014. It closed there on June 29, 2014, after 18 previews and 136 performances. According to The New Yorker, "Teachout, Thompson, and the director, Gordon Edelstein, together create an extraordinarily rich and complex characterization. The show centers on the trumpeter’s relationship with his Mob-connected Jewish manager of more than thirty-five years, Joe Glaser. Thompson forcefully inhabits both men—and throws in a chilling Miles Davis—delivering an altogether riveting performance." Thompson won the 2013–14 Outer Critics Circle Award and Drama Desk Award for "Outstanding Solo Performance" for his performance in the play. It was produced at the Wallis Annenberg Center for the Performing Arts in Beverly Hills, California in May 2015, and at Chicago's Court Theatre, Colorado Springs' Theatreworks, Palm Beach Dramaworks, the Seacoast Repertory Theatre of Portsmouth, N.H., and San Francisco's American Conservatory Theater during the 2015–16 season. It was produced by New Venture Theatre of Baton Rouge, La., Triangle Productions of Portland, Ore., B Street Theatre of Sacramento, California, and the Mosaic Theater Company of Washington, D.C., during the 2016–17 season. The Palm Beach Dramaworks production was directed by Teachout in his professional debut as a stage director. On February 24, 2018, Satchmo opened at the Alley Theatre of Houston in a production directed by Teachout that ran through March 18, 2018; it was performed by Jerome Preston Bates.

He was the drama critic of The Wall Street Journal, the critic-at-large of Commentary, and the author of "Sightings", a column about the arts in the U.S. that is published biweekly in The Wall Street Journal. He weblogged at About Last Night and wrote about the arts for many other magazines and newspapers, including The New York Times and National Review. He was a co-host on Three on the Aisle, a monthly podcast about theater in the United States, hosted by American Theatre magazine, which ran from September 2017 to December 2021.

Teachout's second play, Billy and Me, a four-character-three-actor play about the relationship between William Inge and Tennessee Williams, premiered at Palm Beach Dramaworks in West Palm Beach, Florida, on December 8, 2017.