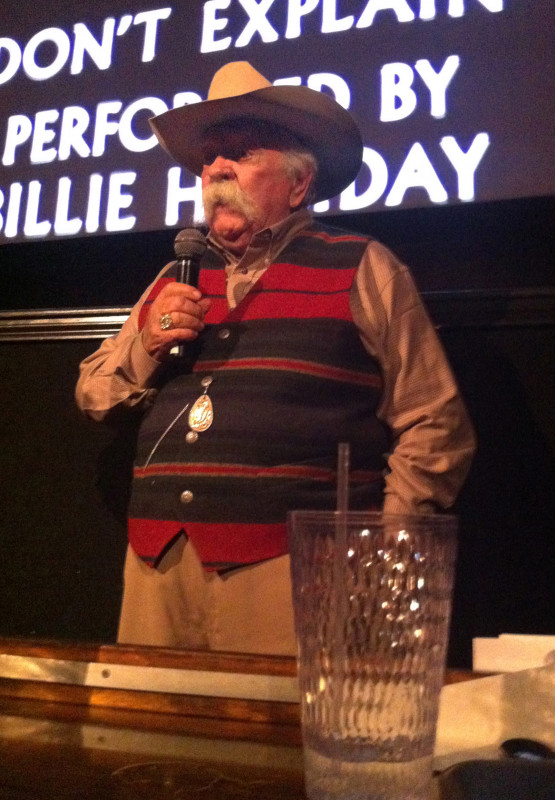 Anthony Wilford Brimley (September 27, 1934 – August 1, 2020) was an American actor and singer. After serving in the United States Marine Corps and taking on a variety of odd jobs, he became an extra for Western films, and in little more than a decade he had established himself as a character actor in films such as The China Syndrome (1979), The Thing (1982), Tender Mercies (1983) and The Natural (1984). He was the long-time face of television advertisements for the Quaker Oats Company. He also promoted diabetes education and appeared in related commercials for Liberty Medical.

Anthony Wilford Brimley was born in Salt Lake City, Utah, on September 27, 1934. His father was a real estate broker. Brimley's paternal grandfather was English, originally from Wigan, Lancashire, and his paternal grandmother's parents were Scottish, originally from Glasgow. Brimley's mother was of half Danish descent, and also had Welsh, English, German, and Swiss-German ancestry. Prior to a career in acting, he dropped out of high school at age 14 and worked as a cowboy in Idaho, Nevada and Arizona. He joined the Marines during the Korean War and served in the Aleutian Islands for three years. He also worked as a bodyguard for businessman Howard Hughes, as well as a ranch hand, wrangler, and blacksmith. He then began shoeing horses for film and television. At the behest of his close friend and fellow actor Robert Duvall, he began acting in the 1960s as a riding extra and stunt man in Westerns. In 1979, he told the Los Angeles Times that the most he ever earned in a year as an actor was $20,000. He had no formal training as an actor, and his first experience in acting in front of a live audience was at the Los Angeles Actors' Theater.

Brimley was a member of The Church of Jesus Christ of Latter-day Saints. He married his first wife, Lynne Bagley, on July 6, 1956. They had four sons together: James Charles, John Michael, William Carmen, and Lawrence Dean. They were married until her death in June 2000. Brimley married Beverly Berry on October 31, 2007. They split their time between homes in Greybull, Wyoming and Santa Clara, Utah. In 2009, they founded the nonprofit organization Hands Across the Saddle (HATS) in the Big Horn Basin.

Diagnosed with type 2 diabetes in 1979, Brimley began working to raise awareness of the disease. The American Diabetes Association (ADA) honored him in 2008 with an award to recognize his lifetime of service. The ADA presented the award to him at the Port St. Lucie headquarters of Liberty Medical on December 19, 2008. He visited Veterans Administration hospitals and communities to advise patients on how to manage their diseases. His talks about diabetes have become an internet phenomenon and a meme due to Brimley's dialectal pronunciation of "diabetes" as "diabeetus" contrasting with his overall serious tone, although both pronunciations have been deemed proper by the Merriam-Webster Dictionary.

Brimley frequently appeared in commercials, including a series of commercials for Quaker Oats, a campaign which became famous for his repeating their slogan: "It's the right thing to do." Developed by advertising agency Jordan, McGrath, Case & Taylor, the campaign began in 1987. Brimley appeared in numerous television advertisements for Liberty Medical, a company specializing in home delivery of medical products (including diabetes testing supplies). He appeared in commercials for the American Diabetes Association and was the voice-over for a Bryan Foods television commercial campaign.

Brimley has been described as "a fine singer with a warm, rich voice". In 1993, Brimley sang with the Cal State Northridge Jazz Band for a concert benefiting the college's Jazz Endowment Scholarship Fund; in 2004, he released This Time, The Dream's On Me, an album of jazz standards named after the Harold Arlen and Johnny Mercer-penned title track. He was also an accomplished harmonica player; during his 2011 appearance on The Late Late Show with Craig Ferguson, Brimley performed a lively rendition of "Oh! Susanna" much to the delight, and surprise, of Ferguson and the studio audience.

On August 1, 2020, Brimley died at a hospital in St. George, Utah, at the age of 85. He had been ill with a kidney condition for two months.