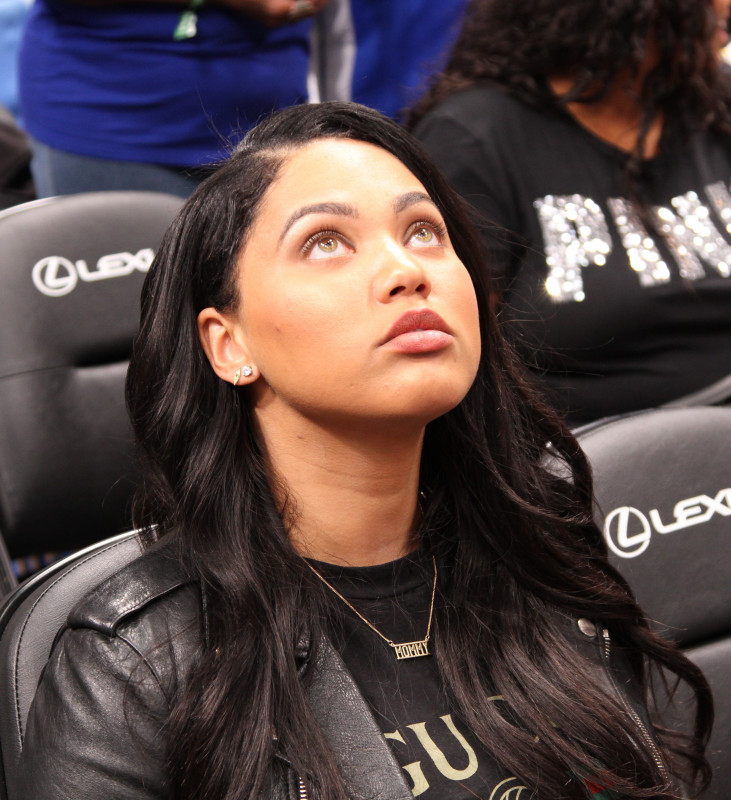 Ayesha Disa Curry (née Alexander; born March 23, 1989) is a Canadian-American actress, celebrity cook, cookbook author, and television personality. After guest roles in several television shows and movies, she began hosting her own show, Ayesha's Homemade (a.k.a. Ayesha's Home Kitchen), on Food Network. Despite not having any professional chef training, her culinary career started in 2014, when she prepared her first meal as a YouTube demonstration on her channel Little Lights of Mine. Curry is the author of several videos on her channel Little Lights of Mine and has written one cookbook, The Seasoned Life, published in 2016.

On July 30, 2011, she married NBA player Stephen Curry. The two met in a church youth group in Charlotte when they were 15 and 14 years old. It wasn't until years later when Ayesha was pursuing her acting career in Hollywood and Stephen was visiting for an awards show, that the two started dating. Ayesha soon moved back to Charlotte close to where Stephen was playing college basketball at Davidson College. Together, they have three children. As of 2016, they reside in Walnut Creek, California.

In 2016, Curry collaborated with chef Michael Mina in The Mina Test Kitchen of International Smoke, a Bay Area pop-up restaurant, and released her cookbook "The Seasoned Life." She also began starring in Ayesha's Homemade, which follows her professional and personal life with cameos from her husband and two daughters. The first season ran for six episodes. A second season of six episodes, named Ayesha's Home Kitchen premiered on Food Network in April 30, 2017.

On September 20, 2017, Curry was named as a spokesperson for CoverGirl, becoming the first spokesperson for the brand who is not an actress or singer. She was announced on September 21, 2017 as one of the new hosts of The Great American Baking Show, an American adaptation of The Great British Bake Off, on ABC. She also revealed to Deidre Behar, from Entertainment Tonight, that she was approached to join the next season of Dancing With The Stars. Only two episodes of the third season of Baking Show, however, aired on television due to sexual harassment allegations against one of the show's judges outside the series. While the show was renewed for a fourth season, Curry did not return as a host and was succeeded by former Spice Girls member Emma Bunton.

The Mina/Curry International Smoke restaurant is to open another location in 2019 at One Paseo in Carmel Valley, San Diego.