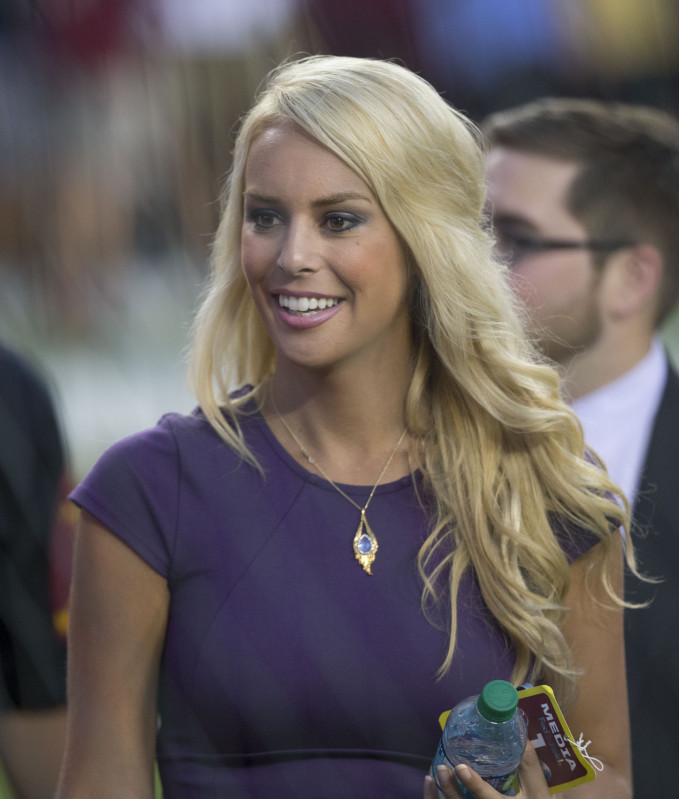 Brittany May "Britt" McHenry (born May 28, 1986) is a former ESPN personality. She is currently a commentator on Fox Nation, Fox News' 24/7 streaming service. She is the host of a show on WTTG Fox 5 in Washington, D.C.

McHenry, the daughter of an Air Force Lt. Colonel, was born in Mount Holly Township, New Jersey, and grew up in Satellite Beach, Florida, where she graduated from Satellite High School in 2004. A four-year varsity starter for the women's soccer team, she was teammates with future United States women's national soccer team player, goalkeeper Ashlyn Harris. McHenry attended Stetson University and played on the Hatters soccer team as a midfielder for the 2004 season. She also spent time as a model in college, working for the Wilhelmina Models agency. After graduating magna cum laude in 2007 from Stetson, McHenry went on to Northwestern University's Medill School of Journalism. At Medill, she started covering stories in Chicago, Illinois.

In March 2014, she left ABC7 to join ESPN as a Washington, D.C.-based bureau reporter. She served as correspondent for various shows including SportsCenter, Outside the Lines, NFL Live and Baseball Tonight. On April 27, 2017, McHenry announced on Twitter that she was being let go by ESPN, with the NFL Draft being her last assignment. McHenry was part of a 100-person layoff that included Ed Werder, Jayson Stark and Jay Crawford. In May 2018, McHenry tweeted that she was fired because she "was white and paid too much."

On April 16, 2015, a video of McHenry verbally berating and mocking a tow lot employee, Gina Michelle, using foul language was posted on LiveLeak. McHenry later apologized on Twitter, writing: "In an intense and stressful moment, I allowed my emotions to get the best of me and said some insulting and regrettable things... I am so sorry for my actions and will learn from this mistake." In response to the incident, ESPN suspended McHenry from the network for one week. A day later, the towing company released a statement saying they did not want to see McHenry suspended or terminated as a result of her comments.

On February 27, 2020, McHenry revealed via Twitter, that on February 25, she was diagnosed with a brain tumor and that "surgery is imminent". She received brain surgery on March 4, 2020.