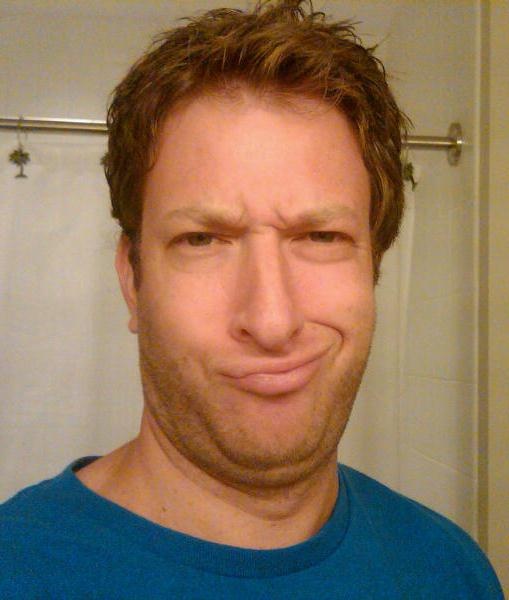 Born to Jewish parents Michael and Linda (née Kaufman), Portnoy grew up in Swampscott, Massachusetts, where he attended Swampscott High School. One of his classmates was ESPN's Todd McShay. Portnoy began attending the University of Michigan in 1995, graduating with a degree in education.

Following graduation in 1999, Portnoy moved to Boston and began working at Yankee Group, an IT market research firm.

Portnoy is Jewish. He married Renee Satherthwaite in 2009, and the two separated in January 2017. In 2020 Portnoy donated $500,000 to The Barstool Fund, a relief effort for small business affected by the COVID-19 pandemic modeled after a similar effort by Pete Snyder. The campaign raised over $39 million for 348 businesses as of May 2021.

In 2013, Portnoy launched an unsuccessful campaign to become the Mayor of Boston following the retirement of Thomas Menino. After raising over $17,000 in campaign contributions, he failed to submit enough nomination signatures to qualify for the election. During the race, Portnoy identified as a Libertarian.

Portnoy has twice been detained in NFL-related incidents: first on May 12, 2015, when he was arrested by New York City police after he and three Barstool employees handcuffed one another on the floor of NFL headquarters to protest Deflategate, and again in 2019 when he was placed in a holding cell at Mercedes-Benz Stadium for a portion of Super Bowl LIII. In the latter incident, he had created fake passes to attend a press event the day prior and was prohibited from attending the game.

After four years, Portnoy left the Yankee Group to begin what would eventually become Barstool Sports. Peter Chernin's The Chernin Group purchased a majority stake of Barstool on January 7, 2016 and it was announced that the headquarters would move to New York City. In 2020, Penn National Gaming purchased a 36% stake in Barstool Sports from the founders for $163 million, including $135 million in cash and $28 million in Penn non-voting convertible preferred stock. Following the sale, The Chernin Group maintains a 36% stake in the company, while Portnoy continues to run the site and retains creative control over content.

One Bite with Davey Pageviews is an internet show that Portnoy created, which consists of him reviewing pizza. Portnoy began his goal of reviewing every pizza place in Manhattan in 2017. While many videos include only Portnoy, celebrities and athletes often also appear as guests.

The National Labor Relations Board investigated Portnoy in 2019 for posts on Twitter on charges that he illegally threatened to fire his workers if they unionized. That December, Portnoy reached an informal settlement with the Board, which required him to delete his threatening tweets and remove any potential anti-union material created by Barstool Sports. The settlement also noted that the Twitter account originally encouraging employees to unionize was actually owned by Barstool in an attempt to out labor organizers.