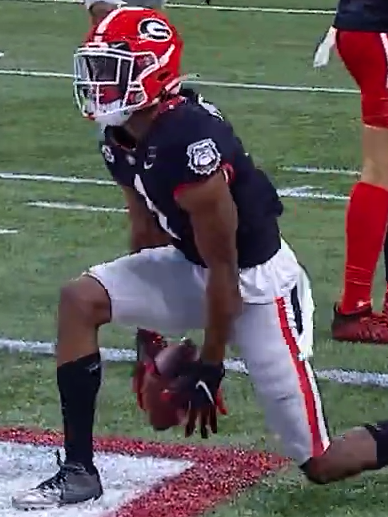 George Malik Pickens Jr. (born March 4, 2001) is an American football wide receiver for the Pittsburgh Steelers of the National Football League (NFL). He played college football at Georgia and was drafted by the Steelers in the second round of the 2022 NFL Draft.

Pickens earned immediate playing time his freshman year at Georgia in 2019, leading the team in receptions (49), receiving yards (727) and receiving touchdowns (8). In the following season Pickens caught 36 passes for 513 yards and a team-leading 6 touchdowns in an 8-game season shortened by the COVID-19 pandemic. In the spring of 2021, Pickens tore his ACL causing him to miss most of his junior season. He returned to play in the final four games of the year, catching just 5 passes, but made an important 52-yard reception in Georgia's win over Alabama in the 2022 College Football Playoff National Championship game. Pickens declared for the 2022 NFL Draft following the season.