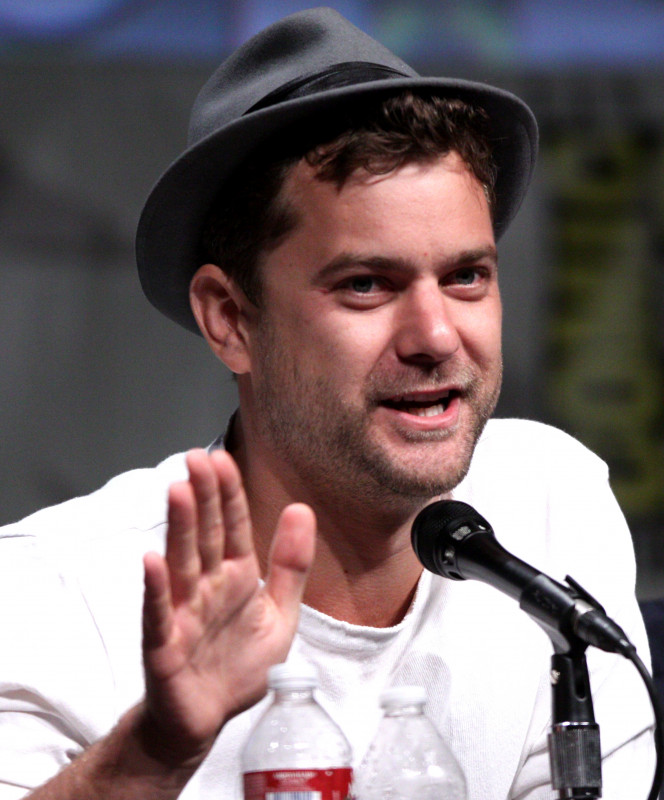 Jackson started acting in a small role in the film Crooked Hearts in 1991. The next year, he played the role of Charlie in a musical version of Willie Wonka and the Chocolate Factory. At this point, with the help of the play's casting director Laura Kennedy, he joined the William Morris Agency. Soon after, he landed the role of Charlie (#96) in The Mighty Ducks series, playing a young and aspiring hockey player.

Joshua Jackson went on to appear as Pacey Witter on Dawson's Creek, which ran on the WB network from 1998–2003, and also starred James Van Der Beek, Michelle Williams and Katie Holmes. While the show was on hiatus, he appeared in several movies including Cruel Intentions (a New York yuppie adaptation of Les Liaisons dangereuses that also starred Sarah Michelle Gellar and Ryan Phillippe), The Skulls, The Safety of Objects, The Laramie Project and a short cameo in the remake of Ocean's Eleven in which he appears as himself in a poker scene with Brad Pitt, George Clooney and Holly Marie Combs, among others. In 2000, he also guest-starred in Season 12 of The Simpsons, voicing the character of Jesse Grass, a "hunky environmentalist" and love interest for Lisa Simpson in the episode "Lisa the Tree Hugger". He also was cast as " Beau" in the movie "Gossip" in 2000 with actors James Marsden, Kate Hudson and Norman Reedus.

Jackson is a fan of the Vancouver Canucks hockey team. He was arrested on November 9, 2002, at a Carolina Hurricanes hockey game in Raleigh, North Carolina, after a quarrel with a security guard. He was charged with assault, affray, and public intoxication and disruption, having a 0.14 blood alcohol content. Prosecutors agreed to dismiss the assault charge, and Jackson agreed to attend an alcohol education program and perform 24 hours of community service in order to have the remaining charge dropped.

Shortly after Dawson's Creek ended in 2003, Jackson played the lead role in films alongside Dennis Hopper (Americano), Harvey Keitel (Shadows in the Sun), and Donald Sutherland (Aurora Borealis). In 2005, Jackson moved to the UK and made his stage debut on the London West End with Patrick Stewart in David Mamet's two-man play, A Life in the Theatre. The play was a critical and popular success, and ran from February to April of that year. Jackson said that he would consider returning to the stage, to try his hand on Broadway. His next film role was in Bobby, directed by Emilio Estevez, Jackson's co-star from The Mighty Ducks. He played a lead role in Shutter, a US remake of a Thai horror film of the same name. He starred and acted as executive producer in the Canadian independent film One Week, which opened on March 6, 2009.

Jackson began dating German actress Diane Kruger in 2006; the couple shared residences in Paris, Los Angeles and Vancouver. Jackson and Kruger ended their relationship in 2016, after 10 years together. He owns his childhood home in Topanga, California. He previously lived in Wilmington, North Carolina, where Dawson's Creek was filmed; and in New York, where Fringe filmed its first season. In 2009, he moved back to Vancouver for the shooting of the four following seasons before the show aired its last episode on January 18, 2013.

Jackson was nominated for Genie Award for Best Performance by an Actor in a Leading Role for the film One Week. He won the award on April 12, 2010. He held and hosted Pacey-Con in 2010, directly across the street from the San Diego Comic-Con, sporting a bowling shirt and giving out fan fiction he wrote himself to those waiting in the Comic-Con entrance line. Footage of the event was recorded for a video, entitled 'Pacey-Con', which he was filming for Will Ferrell's Funny or Die celebrity humor website. In 2013 Jackson appeared in the IFC film Inescapable with Marisa Tomei and Alexander Siddig. Jackson wrote the first story from the comic book trilogy Beyond the Fringe, titled "Peter and the Machine". Jackson starred in the successful Showtime television show, The Affair, where he played Cole Lockhart, the protagonist husband of the unfaithful Alison Lockhart.

In March 2018, Jackson makes a theatrical debut in Broadway, Children of a Lesser God, where he plays James Leeds, an unconventional teacher at school for the deaf who got in a conflicted professional and romantic relationship with a former deaf student, Sarah Norman (Lauren Ridloff). The play ran through May 2018.

In 2019, Jackson starred as defense attorney Mickey Joseph in the Netflix drama miniseries When They See Us.

Jackson has been in a relationship with British model and actress Jodie Turner-Smith since 2018. They married in 2019. The couple are expecting their first child.

In May 2019, Jackson joined the cast of Hulu's miniseries Little Fires Everywhere based off the book by Celeste Ng.