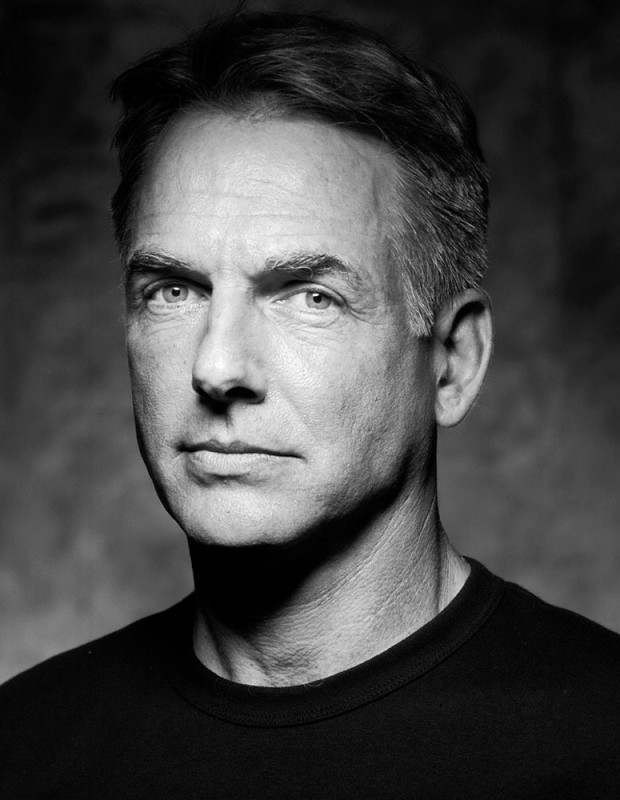 Thomas Mark Harmon (born September 2, 1951) is an American television and film actor. He has appeared in a wide variety of roles since the early 1970s. Initially a college football player, his role on St. Elsewhere led to his being named "Sexiest Man Alive" by People in 1986. After spending the majority of the 1990s as a character actor, he played Secret Service special agent Simon Donovan in The West Wing, receiving a 2002 Emmy Award nomination for his acting in a four-episode story arc.

After graduating from high school at Harvard-Westlake School, Harmon completed a two-year associate degree at Pierce College in Los Angeles. After his sophomore season at Pierce, Harmon received offers from major college football programs, ultimately choosing UCLA over Oklahoma. The Sooners finished second in the nation in 1971, while the Bruins were a preseason top-20 selection and stumbled to a 2–7–1 record, placing last in the Pac-8.

After college, Harmon considered pursuing a career in advertising or law. Harmon started his career in business as a merchandising director, but soon decided to switch to acting. He spent much of his career portraying law enforcement and medical personnel. One of his first national TV appearances (other than as an athlete) was in a commercial for Kellogg's Product 19 cereal with his father, Tom Harmon, its longstanding TV spokesman. Thanks to his sister Kristin's in-laws, Ozzie Nelson and Harriet Nelson, he landed his first job as an actor in an episode of Ozzie's Girls. This was followed by guest roles in episodes of Adam-12, Police Woman, and Emergency! in mid-1975. He also performed in "905-Wild", a backdoor pilot episode for a series about two L.A. County Animal Control Officers which did not sell. Producer/creator Jack Webb, who was the packager of both series, later cast Harmon in Sam, a short-lived 1978 series about an LAPD officer and his K-9 partner. Before this, Harmon received an Emmy nomination for Outstanding Supporting Actor in a Miniseries or a Movie for his performance as Robert Dunlap in the TV movie Eleanor and Franklin: The White House Years. In 1978, he appeared in three episodes of the mini-series, Centennial, as Captain John MacIntosh, an honorable Union cavalry officer.

In 1980, Harmon gained a regular role in the prime time soap opera Flamingo Road, in which he played Fielding Carlisle, the husband of Morgan Fairchild's character. Despite initially good ratings, the series was canceled after two seasons. Following its cancellation, he landed the role of Dr. Robert Caldwell on the series St. Elsewhere in 1983. Harmon appeared in the show for almost three seasons before leaving in early 1986 when his character contracted HIV through unprotected intercourse, one of the first instances where a major recurring television character contracted the virus (the character's subsequent off-screen death from AIDS would be mentioned two years later). In the mid-1980s, Harmon also became the spokesperson for Coors Regular beer, appearing in television commercials for them.

Harmon's career reached several other high points in 1986. In January, he was named People magazine's Sexiest Man Alive. Following his departure from St. Elsewhere in February, he played the lead in the TV movies Prince of Bel Air, co-starring with Kirstie Alley, and The Deliberate Stranger, in which he portrayed the real-life serial killer Ted Bundy. With his career blossoming, he played a role in the 1986 theatrical film Let's Get Harry and the lead role in the 1987 comedy Summer School, again co-starring with Kirstie Alley and alongside future JAG and NCIS alum Patrick Labyorteaux. Returning briefly to episodic television in 1987, Harmon had a limited engagement on the series Moonlighting, playing Cybill Shepherd's love interest Sam Crawford for four episodes. He then starred in the 1987 TV movie After the Promise. In 1988, he co-starred with Sean Connery and Meg Ryan in the 1988 feature film The Presidio, and also opposite Jodie Foster in the film Stealing Home. Despite several high-profile roles, Harmon's film career never gathered momentum and, after a muted reception to his 1989 comedy Worth Winning, he returned to television, appearing in various television movies.

In 1987, Harmon filed for custody of his nephew Sam on the grounds that his sister, Kristin Nelson, was incapable of good parenting. Sam's psychiatrist testified that the thirteen-year-old boy depicted his mother as a dragon and complained about her mood swings and how she prevented him from being with his siblings. Harmon later dropped the custody bid.

Harmon has been married to actress Pam Dawber since March 21, 1987. The couple have two sons: Sean Thomas Harmon (born April 25, 1988, who played a young Gibbs in five NCIS episodes), and Ty Christian Harmon (born June 25, 1992). They maintain a low profile and rarely appear in public with their children. Harmon was the brother-in-law of Ricky Nelson and John DeLorean and is the uncle of actress Tracy Nelson and singers Matthew and Gunnar Nelson of the rock duo Nelson.

In 1988, Harmon was part owner of a minor league baseball team, the San Bernardino Spirit, the same season Ken Griffey, Jr. played for the team before his major league call-up to the Seattle Mariners the next season. Harmon used the team and their home field, Fiscalini Field, for the opening and closing scenes of the film in which he was starring, Stealing Home.

Harmon's next regular television role would be as Chicago police detective Dickie Cobb for two seasons (1991–1993) on the NBC series Reasonable Doubts. In 1993, he appeared in one episode in the role of a rodeo clown on the CBS comedy/western series Harts of the West with future castmate Sean Murray, who plays McGee on NCIS.

In 1995, Harmon starred in the ABC series Charlie Grace, in which he portrayed a private investigator. The series lasted only one season, after which he returned to ensemble medical shows on the series Chicago Hope, in which he played Dr. Jack McNeil from 1996 to 2000. He also portrayed astronaut Wally Schirra in one episode of the 1998 mini-series From the Earth to the Moon.

In 1996, Harmon saved a teenage boy involved in a car accident outside his Brentwood home. The driver had been able to escape, but the passenger was trapped in the burning car. Harmon used a sledgehammer from his garage to break the window of the car and pulled the passenger from the flames, who suffered burns to 30% of his body.

In May 2002, he portrayed Secret Service special agent Simon Donovan on The West Wing in a four-episode story arc. The role gained him his second Emmy Award nomination, exactly 25 years after his first. Donald P. Bellisario, the creator of JAG and NCIS saw him on The West Wing and had Harmon appear in a guest starring role in two episodes of JAG in April 2003, where Harmon was first introduced as the character of NCIS agent Leroy Jethro Gibbs. Starting that September, Harmon has starred as Gibbs in the CBS drama NCIS, a role which has earned him six nominations at the People's Choice Awards including a win for Favorite TV Crime Drama Actor in 2017. During his time on the show, he was reunited with three of his former Chicago Hope co-stars, Rocky Carroll, Lauren Holly, and Jayne Brook. Since 2008, he has also been a producer and executive producer.

In 2003, Harmon had a supporting role in the remake of the comedy film Freaky Friday.

He was inducted into the inaugural class of the Pierce College Athletic Hall of Fame in 2010.

Harmon is the son of football star Tom Harmon and actress Elyse Knox. His sisters are Kelly, an actress and model, and Kristin, an actress and painter. Kristin died of a heart attack on April 27, 2018.