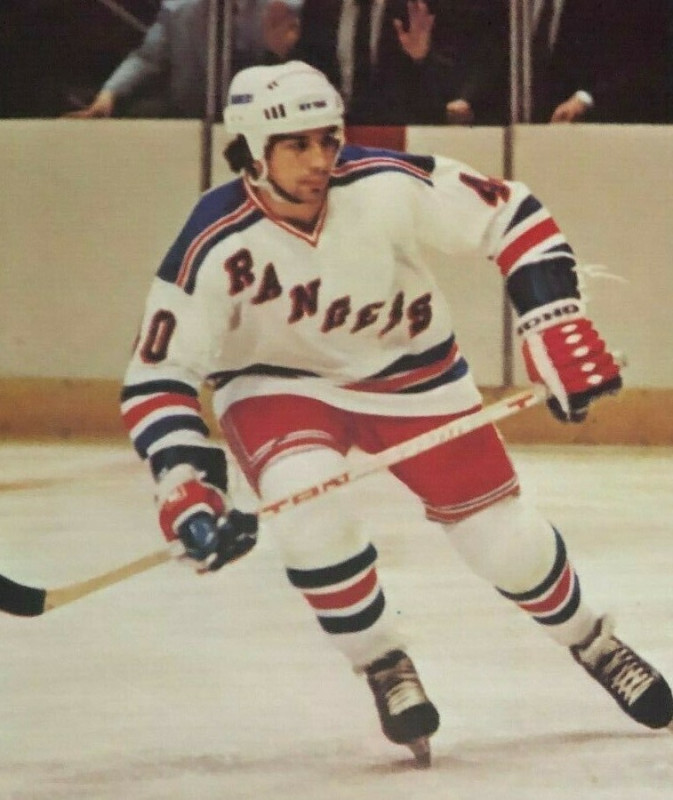 Mark Thomas Pavelich (February 28, 1958 – March 4, 2021) was an American professional ice hockey forward who played 355 regular season games in the National Hockey League (NHL) for the New York Rangers, Minnesota North Stars, and San Jose Sharks between 1981 and 1991. Pavelich was a member of the 1980 U.S. Olympic hockey team that won the gold medal in what has been called the "Miracle on Ice".

On February 23, 1983, Pavelich became the first American ever to score five goals in a single game against the Hartford Whalers at Madison Square Garden. He remains the only American to have done so.

Pavelich briefly played for Brooks with the Minnesota North Stars in 1987 before returning to Europe. He had a stint in Britain for the Dundee Rockets and played two seasons in Italy for HC Bolzano. The expansion San Jose Sharks brought him out of retirement for the 1991–92 NHL season, but he would play only two games for the Sharks before retiring. However, he did record an assist on the Sharks' first-ever goal scored by Craig Coxe in the third period of a 4-3 loss to the Vancouver Canucks on October 4, 1991.

When Pavelich was 18, he accidentally killed his 15-year-old friend Ricky Holgers in a hunting accident. His second wife Kara died at age 44 in an accidental fall from a second-story balcony at their Lutsen, Minnesota home on September 6, 2012.

In April 2014, Pavelich put his Olympic medal up for auction, with bidding beginning at $62,500. The medal sold in May 2014 for $262,900 through Dallas-based auction house Heritage Auctions.

Pavelich was arrested on August 15, 2019 for assaulting a neighbor with whom he had earlier been fishing, after he believed the neighbor had put something into his beer. He was charged with four felony counts: second and third-degree assault, possession of a short-barreled shotgun, and possession of a firearm with a missing or altered serial number. Pavelich was ruled incompetent to stand trial and was ordered committed to a secure treatment facility. In August 2020, Pavelich was granted court approval for transfer to a lower-security setting for treatment. Pavelich's sister, Jean Gevik, stated that she believed he was suffering from chronic traumatic encephalopathy (CTE), and had noticed behavioral changes in the years leading up to the incident which led to his arrest.

Pavelich died on March 3, 2021 at a residential treatment center in Sauk Centre, Minnesota. His death was ruled a suicide by asphyxiation.