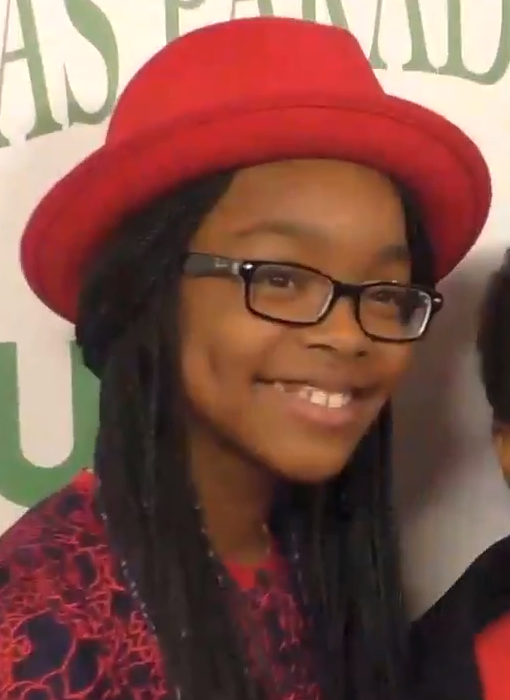 Caila Marsai Martin (born August 14, 2004) is an American actress and executive producer. She is known for her role as Diane Johnson in the ABC comedy series Black-ish. She starred in the 2019 Universal Pictures comedy film Little, for which she was also an executive producer. Martin is a nine-time NAACP Image Awards winner. Time included her on its "Time 100 Next" list in 2019.

Martin was born in Little Elm, Texas, the daughter of Carol and Joshua Martin. Marsai's acting career started after a glamour pictorial. The photographer gave them discount in exchange for her father's promise that he would submit the photos taken to talent agencies. The photos were sent out to four agencies and one of these immediately signed her. At age five, she landed her first national commercial for Choice Hotel. Her family then moved to Los Angeles in 2013 so she could pursue an acting career.

In 2014, Martin was cast opposite Anthony Anderson and Tracee Ellis Ross in the ABC comedy series Black-ish created by Kenya Barris. For her breakthrough role, Martin has received numerous awards and nominations, including three NAACP Image Awards for Outstanding Supporting Actress in a Comedy Series and a Young Artist Award. She has received six NAACP Image Awards nominations and two Screen Actors Guild Award for Outstanding Performance by an Ensemble in a Comedy Series.

In 2016, Martin made her film debut playing a leading role in the Amazon Studios original film An American Girl Story – Melody 1963: Love Has to Win set in Detroit during the Civil Rights Movement. In 2019, Martin starred in her first studio feature film, the comedy Little, for Universal Pictures. At the age of 13, she became executive producer of the film, making her the youngest person in Hollywood to ever produce a movie.

In February 2019, Genius Productions, Martin's company, signed a first-look production deal with Universal. Martin's first film as part of the deal is StepMonster, a comedy about a teenage girl who is adjusting to life with a new stepmother. She is the youngest person to get a first-look deal at Universal, and the youngest person to get a deal at any studio. In May 2019, it was announced Martin would be producing and starring in the film adaption of Amari and the Night Brothers for Universal Pictures. In December 2019, it was announced that Martin would be producing the comedy film Queen.