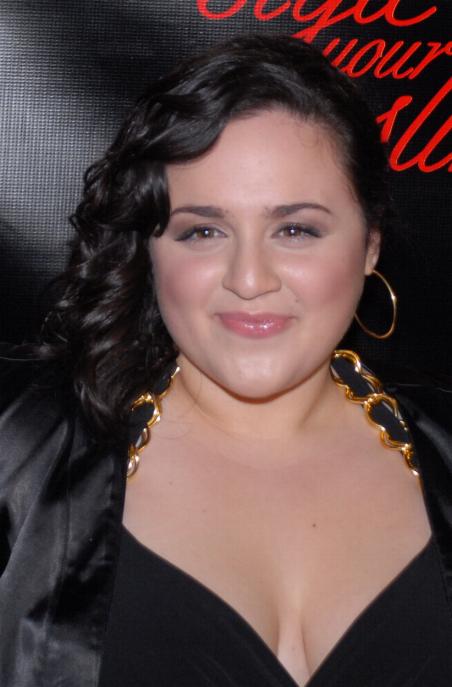 Nicole Blonsky (born November 9, 1988) is an American actress, singer, dancer, and internet personality, who is best known for her role as Tracy Turnblad in the 2007 film Hairspray, which earned her several awards and nominations, including a nomination for a Golden Globe Award. She is also known for her starring role in the ABC Family series Huge.

Blonsky began acting in 2007, first portraying Tracy Turnblad in the musical film Hairspray, an adaptation of the musical of the same name. The film went on to become a commercial and critical success. Blonsky received praise for her performance, earning her several awards and nominations, including winning a Critic's Choice Awards for Best Actress, and being nominated a Golden Globe Award for Best Actress.

On June 22, 2008, she sang the American National Anthem in the pre-race ceremony at the 2008 Toyota/Save Mart 350 at Infineon Raceway. In 2009, Blonsky also co-starred in the MTV mystery series Valemont in 2009. In 2010, Blonsky led in the short lived ABC Family series Huge, which premiered in June 2010, and ran for one season. For the role, Blonsky received a nomination for a Teen Choice Award.

In July 2008, Blonsky and her parents were involved in a violent confrontation with the family of Bianca Golden, a former contestant on America's Next Top Model, at the Providenciales International Airport in Turks and Caicos. Golden, Blonsky, and Blonsky's father were all charged with assault. That December, the charges against Blonsky and Golden were dropped.

In 2011, Blonsky earned a cosmetology license, and began working part-time as a hairstylist and make-up artist in her hometown of Great Neck, New York, between acting auditions.

In 2013, Blonsky appeared in two episodes of the NBC Broadway drama series Smash. Later that year, she appeared in the film adaptation of the book Geography Club. The film received mixed reviews. Blonsky appeared Off-Broadway in the play Stuffed by Lisa Lampanelli at the Westside Theatre in October 2017 to November 2017. In 2020, Blonsky launched her video blogging series on her Instagram account, in which she chats with other celebrities.

In June 2020, Blonsky came out as gay via a video posted to the social media site TikTok set to the song "I'm Coming Out" by Diana Ross.