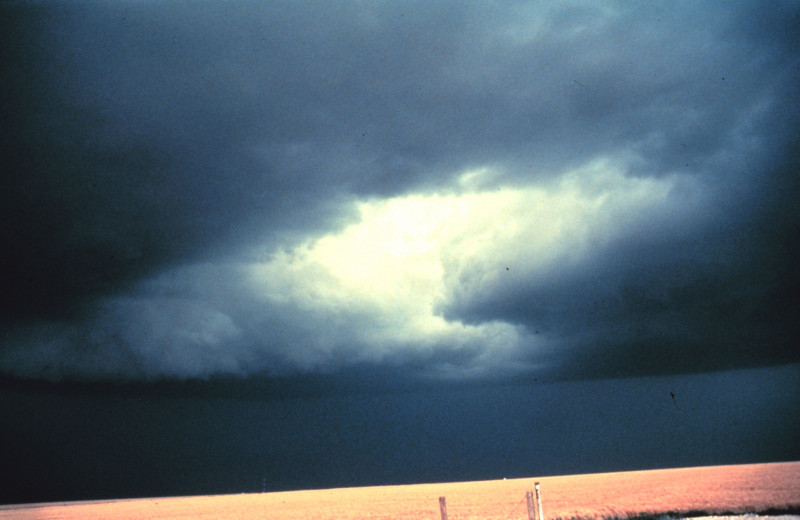 Local NWS forecast offices outline warnings for tornadoes and severe thunderstorms in polygonal shapes for map-based weather hazard products distributed to the main agency, individual forecast office websites and the Storm Prediction Center (including open-source APIs available for free use to public weather websites and mobile apps), based on the storm's projected path as determined by Doppler radar at the time of the warning's issuance. In NWS text products, warnings are usually illustrated by individual counties, parishes or other county-equivalent jurisdictions (sections or the entirety thereof, and in list format if it covers more than one jurisdiction), particularly dependent on the jurisdiction's total land area. Prior to October 2007, warnings were issued by the National Weather Service on a per-county basis. SPC and NWS products as well as severe weather alert displays used by some television stations typically highlight severe thunderstorm warnings with a yellow or orange polygon or filled county/parish/equivalent jurisdiction outline.

In the United States, the National Weather Service (NWS) defines a severe thunderstorm as having large hail of one inch (2.5 cm) in diameter or larger, surface wind speeds of 58 mph (50 kn; 93 km/h) or greater, and/or a tornado. Prior to January 2010, the hail size for which a thunderstorm would be considered severe was 0.75 inches (1.9 cm); public complacency due to overly frequent issuances of severe thunderstorm warnings and recent studies stating hail did not produce significant damage on the ground until it reached one inch in diameter caused the upgrade in hail criteria. Severe thunderstorm warnings are issued by the National Weather Service through the agency's local Weather Forecast Offices, which utilize WarnGen software integrated into the Advance Weather Interactive Processing System (AWIPS) to generate the warning statement; it is then disseminated through various communication routes accessed by the media and various agencies, on the internet, to NOAA satellites, over NOAA Weather Radio and, depending on the storm's severity and at the office's discretion, via activation of the Emergency Alert System to local broadcast media and Wireless Emergency Alerts for cellular phones.

As part of the agency’s March 2012 implementation of a multi-tier Impact Based Warning (IBW) system to notify the public and emergency management officials of the severity of specific severe weather phenomena, National Weather Service-issued severe thunderstorm warnings and associated Severe Weather Statements providing updated storm information include event tags at the bottom of the product text providing summarical estimates of straight-line wind speeds (sustained or gusts) and hail size and, when applicable, an indication of possible tornadic development. The product text will also provide a summary of impacts to life and property that may be caused the hailstones and winds being produced by the parent thunderstorm. Initially implemented at six NWS offices in Kansas and Missouri, the categorical threat and damage indicator text—which are applicable to all of the agency’s Weather Forecast Offices, primarily those operating within the agency's Central and Southern Region divisions—were expanded to 33 additional Central Region WFOs in March 2013; eight additional offices operating within the Eastern, Southern and Western Region divisions began using the IBW indicators in March 2014. The entire agency began using the format in 2016. The threat indicators consist of three coded taglines, ascending by observational level:

On August 19, 2019 at 1:31 a.m. MDT, the National Weather Service in Cheyenne, Wyoming incorporated the "emergency" wording into a Severe Thunderstorm Warning. In this instance, the "severe thunderstorm emergency" statement was included to denote that three-inch (7.6 cm) diameter hail (as confirmed by storm spotter reports) was imminent in portions of Scotts Bluff, Banner and Sioux Counties in Nebraska, specifically areas around the towns of Scottsbluff and Gering.

Since July 28, 2021 (or as late as August 2 in certain County Warning Areas), the NWS has incorporated categorical damage threat indicators for higher-end hail and/or wind events at the bottom of text products for severe thunderstorm warnings (including update statements to existing warnings issued as Severe Weather Statements):