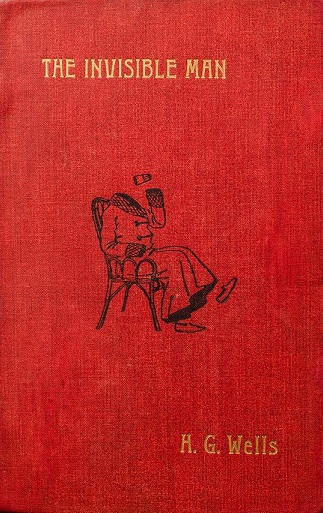 Children's literature was a prominent genre in the 1890s. According to John Sutherland, Wells and his contemporaries such as Arthur Conan Doyle, Robert Louis Stevenson and Rudyard Kipling "essentially wrote boy's books for grown-ups." Sutherland identifies The Invisible Man as one such book. Wells said that his inspiration for the novella was "The Perils of Invisibility," one of the Bab Ballads by W. S. Gilbert, which includes the couplet "Old Peter vanished like a shot/but then - his suit of clothes did not." Another influence on The Invisible Man was Plato's Republic, a book which had a significant effect on Wells when he read it as an adolescent. In the second book of the Republic, Glaucon recounts the legend of the Ring of Gyges, which posits that, if a man were made invisible and could act with impunity, he would "go about among men with the powers of a god." Wells wrote the original version of the tale between March and June 1896. This version was a 25,000 word short story titled "The Man at the Coach and Horses" which Wells was dissatisfied with, so he extended it.

The Invisible Man is a science fiction novel by H. G. Wells. Originally serialized in Pearson's Weekly in 1897, it was published as a novel the same year. The Invisible Man the title refers to is Griffin, a scientist who has devoted himself to research into optics and invents a way to change a body's refractive index to that of air so that it neither absorbs nor reflects light and thus becomes invisible. He successfully carries out this procedure on himself, but fails in his attempt to reverse it. An enthusiast of random and irresponsible violence, Griffin has become an iconic character in horror fiction.

The Invisible Man has a wealth of progeny. The novel was adapted into comic book form by Classics Illustrated in the 1950s, and by Marvel Comics in 1976. Many writers and filmmakers also created sequels to the story, something the novel’s ambiguous ending encourages. Over a dozen movies and television series are based on the novel, including a 1933 James Whale film and a 1984 series by the BBC. The novel has been adapted for radio numerous times, including a 2017 audio version starring John Hurt as the invisible man. The cultural pervasiveness of the invisible man has led to everything from his cameo in an episode of Tom and Jerry to the Queen song The Invisible Man.