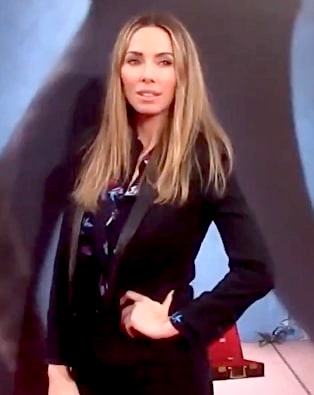 She has stated that she was raised in a dysfunctional, alcoholic household. At age twelve, she temporarily resided with her aunt in Virginia. Cummings attended the prestigious St. Andrew's Episcopal School in Potomac, Maryland, graduating in 2000. During high school, she interned at Washington's NBC-owned television station WRC-TV. She studied acting at Washington, D.C.'s Studio Theater.

A native of Washington, D.C., Cummings pursued a comedy career in Los Angeles after graduating from the University of Pennsylvania, where she had studied with the intention of becoming a journalist. After beginning standup in 2004, she secured regular appearances as a roundtable guest on Chelsea Lately. She subsequently created, produced, and starred in NBC's Whitney, a sitcom in which she portrayed a semi-fictionalized version of herself. The series ran for two seasons before being cancelled in 2013. Simultaneously, Cummings created the CBS sitcom 2 Broke Girls, which also began in 2011, and concluded in 2017.

Cummings moved to Los Angeles after college and worked on Punk'd on MTV in 2004. That same year, she starred in the low-budget thriller EMR, which was screened at Cannes. Cummings began performing stand-up in 2004. In 2007, Variety named her one of 10 Comics to Watch in 2007. In 2008, she appeared in the San Francisco audition for Last Comic Standing, although she did not pass the showcase.

She co-starred on The Tony Rock Project and appeared in the 2008 romantic comedy Made of Honor. Beginning in 2007, Cummings appeared as a regular roundtable guest on the E! series Chelsea Lately, and continued to appear until its conclusion in 2014. In 2008, she was named one of 12 Rising Stars of Comedy by Entertainment Weekly. She subsequently appeared as a comedy roaster in the Comedy Central Roasts of Joan Rivers (2009), David Hasselhoff (2010), and Donald Trump (2011).

Cummings released her first hour-long standup special, Money Shot, in 2010 on Comedy Central. She followed this with a second standup special for the network, entitled I Love You (2014). Her third special, I'm Your Girlfriend, was released on HBO in 2016. Beginning in 2018, Cummings served as a producer and writer for the ABC revival of Roseanne, but left the project prior to its cancellation. Cummings's fourth special, Can I Touch It?, premiered on Netflix in July 2019.

In August 2010, her first one-hour special, titled Whitney Cummings: Money Shot, premiered on Comedy Central. In 2010, Cummings went on tour with Denis Leary and the Rescue Me Comedy Tour to promote the show's sixth season. She also appeared with Leary on Douchebags and Donuts.

In 2011, two multi-camera, live-audience sitcoms Cummings created were picked up by broadcast networks: 2 Broke Girls (which she co-created and executive produced with Michael Patrick King) and Whitney (which she starred in, executive produced, and created). Whitney, in which Cummings portrayed a semi-fictionalized version of herself, was not well-received by critics, and Cummings acknowledges it was a learning curve for her. The series was canceled after two seasons in May 2013. While still working on the second season of Whitney, Cummings also hosted a talk show, Love You, Mean It with Whitney Cummings, on E! in 2012, which was cancelled after 11 episodes. Cummings later stated that she was overworking herself during this period, and was also in the midst of battling an eating disorder in which she would binge eat followed by compulsive exercise. In June 2014, Cummings released her second hour-long special, I Love You, on Comedy Central.

Her third hour-long special debuted on HBO in 2016, titled "I'm Your Girlfriend". Reviews were mixed, suggesting it felt less comedic than her previous stand up performances.

Also in 2017, Cummings published her first book, titled I'm Fine...And Other Lies, a collection of personal stories about her life.

Cummings had a supporting role in the 2017 thriller Unforgettable, starring Katherine Heigl and Rosario Dawson, released in April 2017. The following month,2 Broke Girls was cancelled after having run six consecutive seasons. Cummings made her directorial debut with The Female Brain (2017), an independent comedy film distributed by IFC Films, which Cummings also starred in.

Beginning in 2018, Cummings served as one of the head writers, an executive producer, and overseer of day-to-day production of the revival of the comedy series Roseanne, for ABC. Cummings left the show, however, after its star, Roseanne Barr, made a series of inflammatory, racially-charged jokes on her Twitter account, which subsequently resulted in the series' cancellation.

Her fourth hour-long special Can I Touch It? was released on July 30, 2019 on Netflix.

On November 5, 2019, Cummings launched her first podcast entitled Good for You. Her first guest was actor/producer Dan Levy.