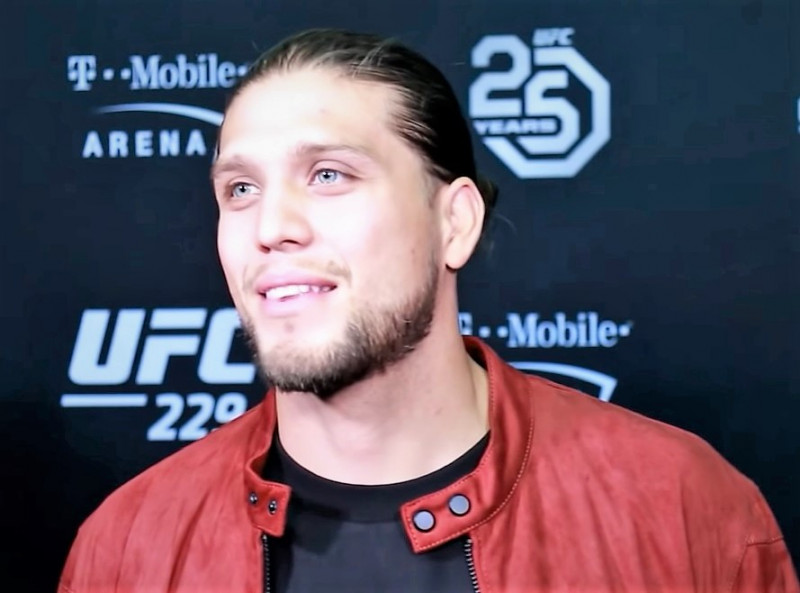 Brian Martin Ortega (born February 21, 1991) is an American professional mixed martial artist. He currently fights in the Featherweight division for the Ultimate Fighting Championship (UFC). A professional since 2010, he has also competed in the RFA, where he was the Featherweight Champion. As of July 30, 2020, he is #2 in the UFC featherweight rankings.

Ortega went on to compile an undefeated record of 8-0 before signing with the UFC in April 2014. He credited his success to support and love from James Luhrsen and Rener Gracie.

Ortega was expected to make his promotional debut against Diego Brandão on May 31, 2014, at The Ultimate Fighter Brazil 3 Finale. However, Brandao pulled out of the bout in the days leading up to the event citing an injury. Due to the late nature of the change, officials did not try to find a replacement and Ortega was pulled from the card as well.

Ortega eventually made his debut on July 26, 2014, at UFC on Fox 12 against Mike De La Torre. Originally, a first round submission (rear-naked choke) win for Ortega, the result was changed to "No Contest" after Ortega tested positive for drostanolone during a post fight screening. Subsequently, Ortega was fined $2,500 and suspended for nine months.

Ortega faced Thiago Tavares on June 6, 2015, at UFC Fight Night 68. He won the back-and-forth fight via TKO in the third round. Both participants were awarded Fight of the Night honors.

Ortega faced Diego Brandão, who is a second-degree black belt in Brazilian jiu-jitsu, on January 2, 2016, at UFC 195. After being down against Diego's striking for the first two rounds, Ortega rallied and won via triangle choke in the third round.

At UFC 199 on June 4, 2016, Ortega defeated Clay Guida by KO in the third round. After winning the first round, Guida won the second round and looked to have the third won until Ortega rallied and won via a flying knee near the end of the round.

Ortega was expected to face Hacran Dias on October 1, 2016, at UFC Fight Night 96. However, Ortega pulled out of the fight in early September and was replaced by Andre Fili.

Ortega next faced Renato Moicano on July 29, 2017, at UFC 214. He won the back and forth fight via submission in the third round with a guillotine choke, while both fighters were awarded Fight of the Night bonus.

Ortega faced Cub Swanson on December 9, 2017, at UFC Fight Night 123. He was victorious in the fight, winning in the second round by guillotine choke submission. The finish put Ortega's streak at five straight fights won with a finish, which at the time was the second longest current win streak in the UFC featherweight division behind the champion, Max Holloway. The win also earned him the Fight of the Night and Performance of the Night honors.

Ortega faced Frankie Edgar on March 3, 2018, at UFC 222. He won the fight via knockout in the first round. In doing so, he became the first man to ever finish Edgar in MMA. This win earned him the Performance of the Night bonus.

Ortega was scheduled to face Max Holloway for the UFC Featherweight Championship on July 7, 2018, at UFC 226. However, on July 4, Holloway was pulled from the fight due to "concussion like symptoms". Hence, Ortega scratched from the fight after Holloway's withdrawal.

The fight against Max Holloway eventually took place on December 8, 2018, in the main event at UFC 231. Ortega lost the fight by doctor stoppage at the end of the fourth round. This fight earned him the Fight of the Night award.

Ortega was scheduled to face Chan Sung Jung on December 21, 2019 at UFC on ESPN+ 23. However, Ortega pulled out of the fight in early December citing a knee injury. The bout against Jung eventually took place on October 18, 2020 at UFC Fight Night: Ortega vs. The Korean Zombie. He won the bout by unanimous decision.