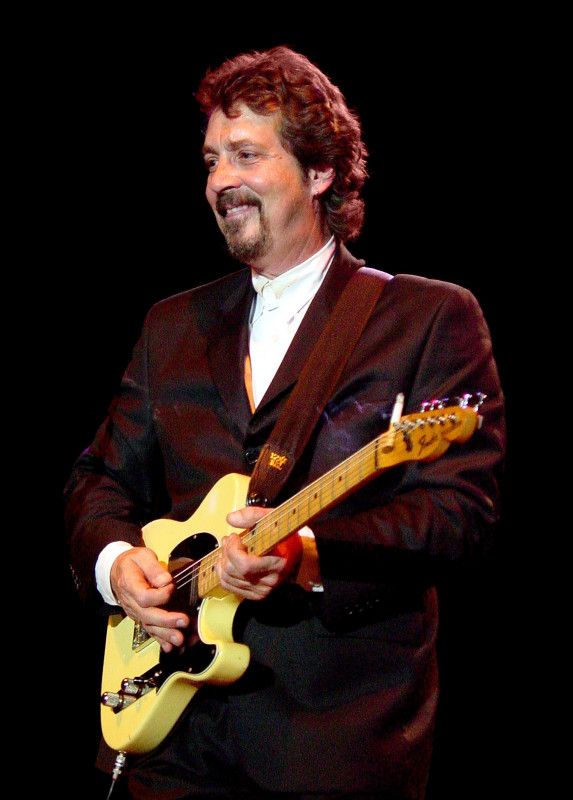 Michael Stanley Gee (March 25, 1948 – March 5, 2021) was an American singer-songwriter, musician, and radio personality. Both as a solo artist and with the Michael Stanley Band (MSB), his brand of heartland rock was popular in Cleveland, Ohio and around the American Midwest in the 1970s and 1980s.

Michael Stanley Gee graduated from Rocky River High School in 1966. He attended Hiram College on a baseball scholarship and graduated with a bachelor's degree in 1970.

While in college, Michael Stanley was in the band Silk (originally called the Tree Stumps) which released an album, Smooth As Raw Silk, on ABC Records in 1969.

A few years after his graduation, while working as a regional manager for a record store chain, Stanley released his first solo album, Michael Stanley, on Tumbleweed Records in 1973. The album was produced by Bill Szymczyk and featured contributions from Joe Walsh, Todd Rundgren, Rick Derringer, and Joe Vitale. Its first song, "Rosewood Bitters," would become a lifetime fixture in Stanley's shows and was later recorded by Walsh in 1985. Stanley's second solo album, Friends and Legends, released later in 1973 on MCA Records, was again produced by Szymczyk and included support from members of Barnstorm and Stephen Stills' Manassas, among others: Walsh, Vitale, Kenny Passarelli, Paul Harris, Joe Lala, Al Perkins, David Sanborn, Dan Fogelberg, and Richie Furay, with J. Geils contributing to the production.

Stanley was married four times: to Libby Hill Blake, a teacher, from 1970 to 1990, when they divorced; to Mary McCrone, a television producer, for eight years until they divorced in about 2000; to Denise Skinner, a former marketing staffer, from 2002 until her death of cancer in 2011; and to her best friend, Ilsa Glanzberg, an elementary school instructional aide, from 2017 until his death in 2021. He had twin daughters, Anna and Sarah, born in 1974, and five grandchildren.

The Michael Stanley Band was formed by Stanley in 1974 with singer-songwriter–lead guitarist Jonah Koslen, former Glass Harp bassist Daniel Pecchio and drummer Tommy Dobeck from the band Circus. There were several personnel changes over the years and by 1982 the group had evolved into a seven-piece band.

The group reached the peak of their popularity nationally in 1981 when the single "He Can't Love You" from the album Heartland (written and sung by keyboardist Kevin Raleigh) made the Top 40 (#33 Billboard, #27 Cash Box) and "In the Heartland" from the album North Coast went to #6 on Billboard's Top Tracks chart. Their video for "He Can't Love You" was the 47th video ever played on MTV. The band's last Top 40 hit was "My Town" in 1983.

The band dissolved in 1987 with a series of 12 farewell shows at the Front Row Theater in Highland Heights, Ohio (suburban Cleveland) during the 1986–87 holiday season.

Stanley had a first heart attack in 1991, at age 43. In 2017, he was diagnosed with prostate cancer. Later that year he suffered a second heart attack and underwent quadruple bypass surgery.

In 2004, the sketch comedy troupe Last Call Cleveland produced Michael Stanley Superstar: The Unauthorized Autobiography of the Cuyahoga Messiah, a play which parodied Stanley's status as a local celebrity.

In addition to his broadcasting career, after the breakup of the Michael Stanley Band, Stanley continued to write songs, record, and perform with bands (often with some former members of MSB) including Michael Stanley and Friends, the Ghost Poets, the Resonators, and Midlife Chryslers. In 2019, he estimated that the Resonators played about 25 shows per year, many of them in Northeast Ohio but also "from the East Coast to Atlanta to St. Louis." He released about sixteen more albums on Razor & Tie or his own label, Line Level.

On June 25, 2019, The New York Times Magazine listed Michael Stanley among hundreds of artists whose material was reportedly destroyed in the 2008 Universal fire.

Following a short stint on Cleveland radio station WMMS, from 1990 until a few weeks before his death in 2021, Stanley was the afternoon drive disc jockey for classic rock radio station WNCX, in Cleveland.

Stanley died in his sleep on March 5, 2021, after suffering for seven months with lung cancer.