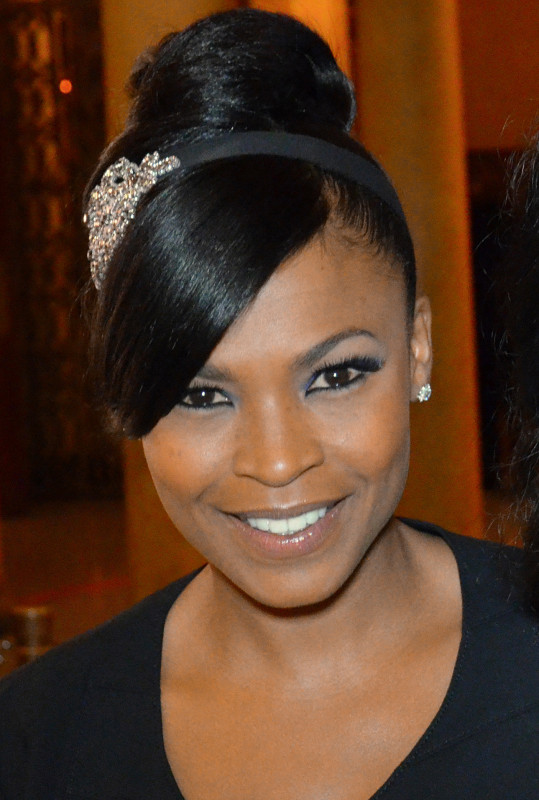 She was bused from South LA to Paseo Del Rey Elementary School in Playa Del Rey from 3rd grade through 6th grade, and attended St. Mary's Academy in Inglewood, California. In addition to her academic classes, she studied ballet, tap, jazz, gymnastics, guitar, and acting. She graduated from Westchester High School in Los Angeles in 1989.

In 2000, Long was offered the role of Alex Munday in Charlie's Angels, but she turned it down, and the role was eventually given to Lucy Liu. In 2003, she joined the cast of the drama Third Watch, where she played NYPD Officer Sasha Monroe, continuing until the series finale in 2005. In 2005 and 2006, Long appeared on Everwood, and appeared on Boston Legal during its 2006–2007 season. Long also starred in Big Shots from 2007 to 2008 alongside Michael Vartan and Dylan McDermott. In 2016, Long was cast in a recurring role for the TV series Empire. She acquired the role of Giuliana, a Las Vegas club owner.

Long has a son, born in 2000, from a previous relationship. Since 2010, she has been in a relationship with former NBA player and current Boston Celtics head coach Ime Udoka. They have a son, born in 2011. The couple became engaged in 2015, though Long has stated she has no plans to marry.

Long appears in the video for Kanye West's "Touch the Sky". She directed Yolanda Adams's music video for "This Too Shall Pass". She won a NAACP Image Award for Outstanding Actress in a Drama Series in 2004 for her performance on Third Watch. Long co-directed and appeared in Ashanti's music video, "Baby". She also made a guest appearance on the sitcom Living Single during its first season. She originally voiced Roberta Tubbs on The Cleveland Show before being replaced by Reagan Gomez-Preston.