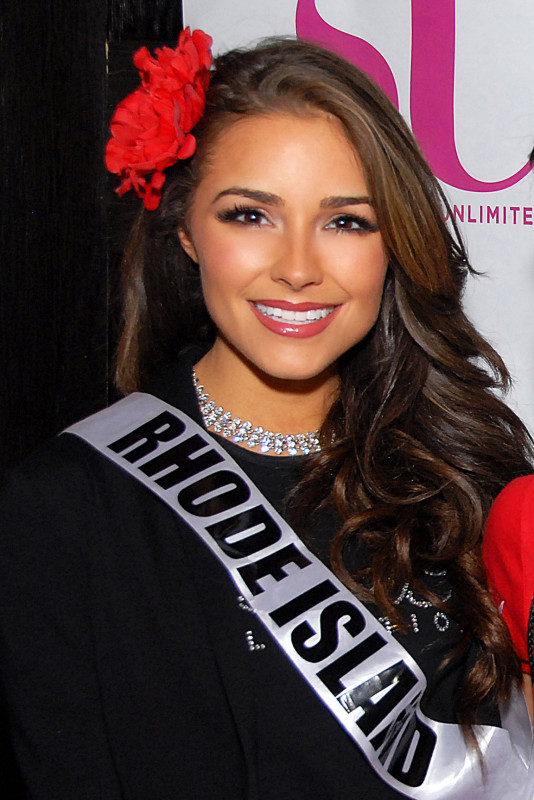 On September 10, 2013, Culpo walked in the Sherri Hill fashion show held at the Trump Tower in New York City. Culpo was in India from September 27 until October 6. On November 9, 2013, she crowned Gabriela Isler of Venezuela as her successor. In doing so, she became the 3rd Miss Universe from the USA to pass the title off to Venezuela, after Shawn Weatherly in 1981 and Chelsi Smith in 1996

Olivia Frances Culpo (born May 8, 1992) is an American fashion influencer, social media personality, and actress. After winning the Miss Rhode Island USA competition, she went on to be crowned Miss USA, and then Miss Universe in 2012.

After winning the 2012 Miss Rhode Island USA competition on the first pageant she entered, she went on to win the Miss USA pageant on June 3, 2012.

On July 6, 2012, the city of Cranston, Rhode Island held a homecoming celebration for Culpo for her pageant win. At an outdoor ceremony held at Cranston City Hall, Mayor Allan Fung presented Culpo with the key to the city.

Culpo represented the United States at the 2012 Miss Universe pageant that was held on December 19, 2012, in Las Vegas, Nevada. She won the competition, becoming the eighth representative from the United States to win the title and the first since Brook Lee was crowned Miss Universe 1997. Culpo has also become the first Rhode Islander to win the title. She succeeded outgoing titleholder Leila Lopes from Angola.

In January 2013, Culpo visited Indonesia for three weeks and helped crown the winner of Puteri Indonesia 2013 on February 1 in Jakarta. She also visited Yogyakarta, Surabaya, and Bali during her visit. In Jakarta, Culpo hosted a discussion with young Indonesians for the United Nations Population Fund on HIV and youth prevention at the United States Embassy's cultural center of America.

On August 25, 2013, Cranston's city council approved a resolution adding Culpo's name to Albert Avenue, which runs the length between Broad Street and Narragansett Boulevard in Edgewood.

From 2013 to 2015, Culpo dated musician Nick Jonas. She was romantically linked to athlete Tim Tebow until November 2015. Culpo was in an on-again-off-again relationship with football player Danny Amendola from February 2016 to April 2019. Since the summer of 2019, she has been seen dating football player Christian McCaffrey.

In August 2017, Culpo opened a restaurant with her family in Rhode Island.