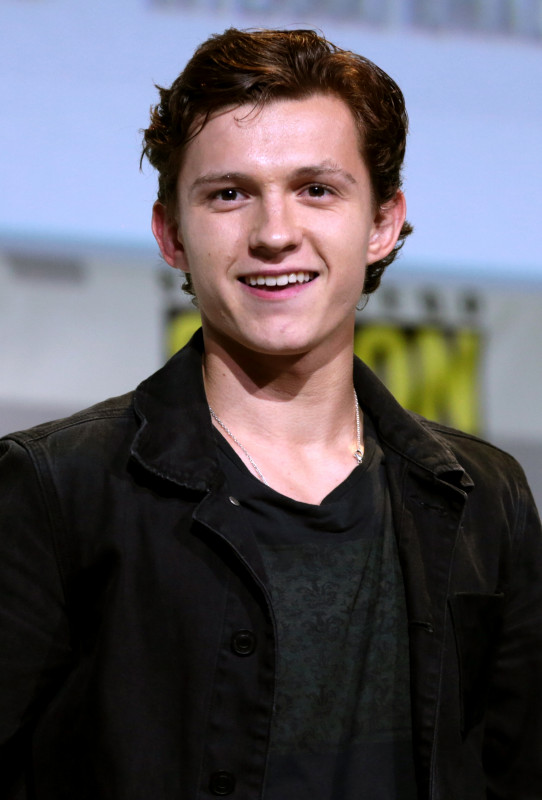 Thomas Stanley Holland  is an English actor and dancer. He is known for playing Spider-Man in the Marvel Cinematic Universe (MCU), so far appearing or starring in five films: Captain America: Civil War (2016), Spider-Man: Homecoming (2017), Avengers: Infinity War (2018), Avengers: Endgame and Spider-Man: Far From Home (both 2019).

June 28, 2008: Made his West End debut in Billy Elliot the Musical as Michael 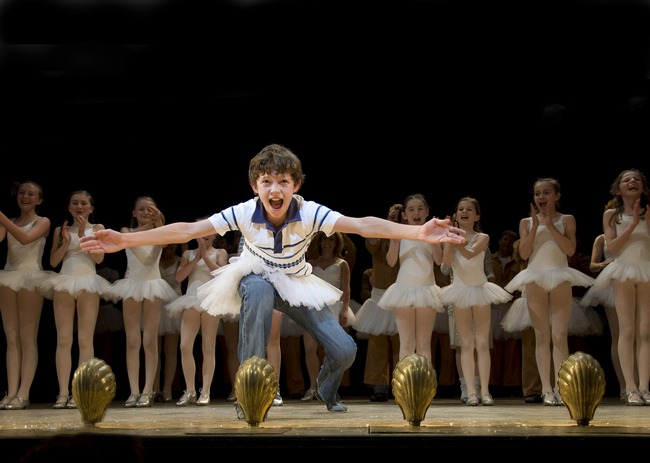 After eight auditions and two subsequent years of training, on June 28, 2008, Holland made his West End debut in Billy Elliot the Musical as Michael, Billy's best friend. He gave his first performance in the title role on 8 September 2008, receiving positive notices.

In September 2008, Holland (together with co-star Tanner Pflueger) appeared on the news programme on channel FIVE and gave his first TV interview.

March 31, 2010: Was invited to 10 Downing Street to meet the Prime Minister, Gordon Brown 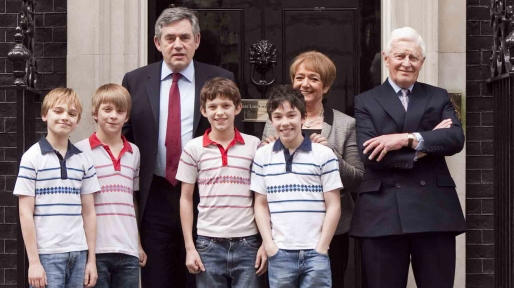 On 8 March 2010, to mark the fifth anniversary of Billy Elliot the Musical, four current Billy Elliots, including Holland, were invited to 10 Downing Street to meet the Prime Minister, Gordon Brown. Holland was chosen to be a lead at the fifth-anniversary show on 31 March 2010.

2011: Was cast in the British version of the animated film Arrietty 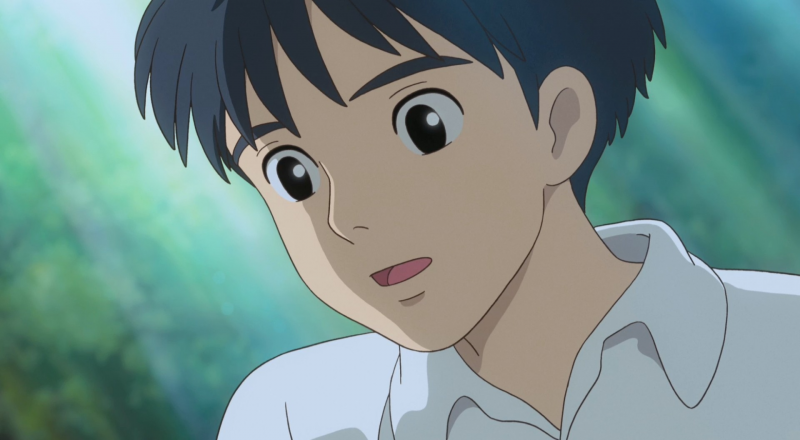 In 2011, Holland was cast in the British version of the animated film Arrietty, produced by Japan’s Studio Ghibli. He provided a voice for the principal character Sho.

September 2012: Made his feature film debut in The Impossible

Holland made his feature film debut in The Impossible, directed by Juan Antonio Bayona, alongside Naomi Watts and Ewan McGregor. Holland was praised so highly, that there were even rumours he was a contender for a Academy Award nomination. The film premiered at the Toronto International Film Festival on 9 September 2012 and was a critical and commercial success, earning $180.3 million worldwide and Holland won universal praise from critics and several awards such as the National Board of Review Award for Breakthrough Performance and London Film Critics Circle Award for Young British Performer of the Year. 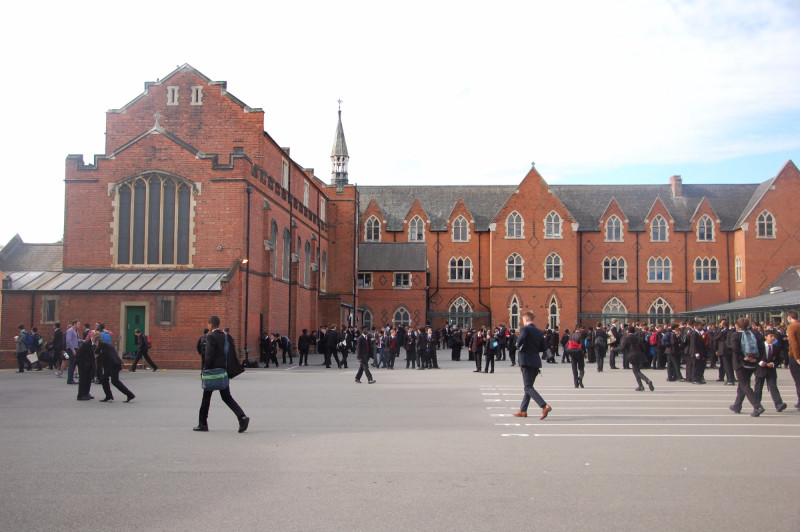 Holland was educated at Donhead, a Roman Catholic preparatory school in Wimbledon in South West London, followed by Wimbledon College, a voluntary aided Jesuit Roman Catholic comprehensive school, up until December 2012. Holland has said he was bullied in school for being a dancer. After Wimbledon College he attended The BRIT School for Performing Arts and Technology.

2013: Starred in How I Live Now drama film and Locke

Holland starred as Isaac in the drama film How I Live Now, which was released in the UK on 4 October 2013, co-starring Saoirse Ronan.

Holland also appeared in Locke (2013) alongside Tom Hardy in a supporting role.

He Co-starred as Thomas Nickerson in the film In the Heart of the Sea (2015), directed by Ron Howard.

He also appeared in four episodes of BBC Two's TV series Wolf Hall, as Gregory Cromwell, son of the protagonist Thomas Cromwell played by Mark Rylance. He is set to play Pino Lella in the upcoming mini-series Beneath a Scarlet Sky.

June 23, 2015: It was announced that Holland was cast as a teenage Peter Parker / Spider-Man

On 23 June 2015, it was announced that Holland was cast as a teenage Peter Parker / Spider-Man, and his "life was flipped upside down", as he later tweeted. 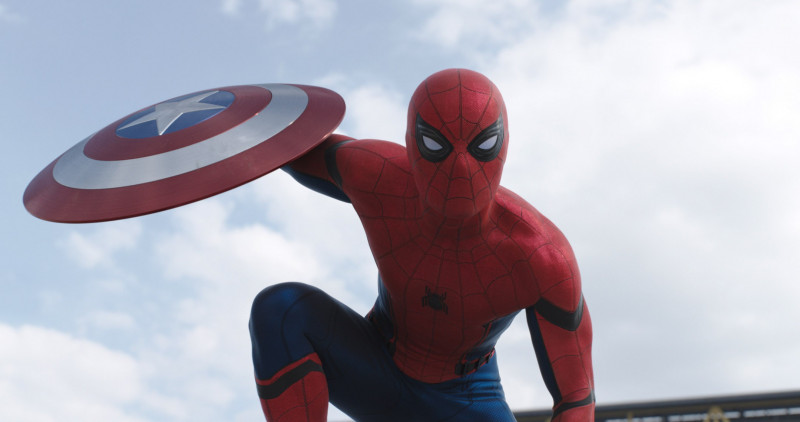 He first appeared as Spider-Man in Captain America: Civil War (2016). The film was a massive critical and commercial success, grossing over $1.1 billion worldwide, making it the highest-grossing film of 2016, with Holland receiving critical praise. This performance earned Holland a Guinness Book of World Records title as the youngest actor to play a title role in the MCU.

August 2016: Cast as Bradley Baker in Edge of Winter film 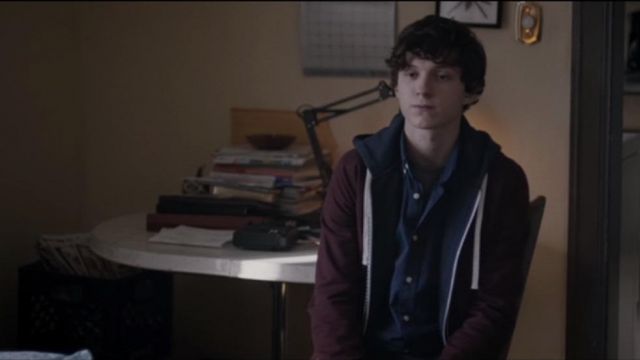 In August 2016, he played Bradley Baker in the film Edge of Winter, where he co-starred with Joel Kinnaman and Percy Hynes White.

April 2017: Co-starred in the film Pilgrimage 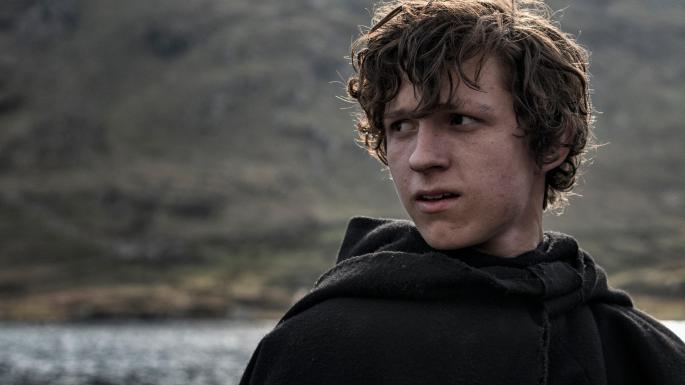 In April 2017, he co-starred alongside Richard Armitage and Jon Bernthal in the film Pilgrimage. The film premiered on 23 April 2017 at the Tribeca Film Festival, in its "Viewpoint" sections.

In May 2017, it was announced that he had been cast as a young Nathan Drake in the film adaptation of Naughty Dog's Uncharted video game series. 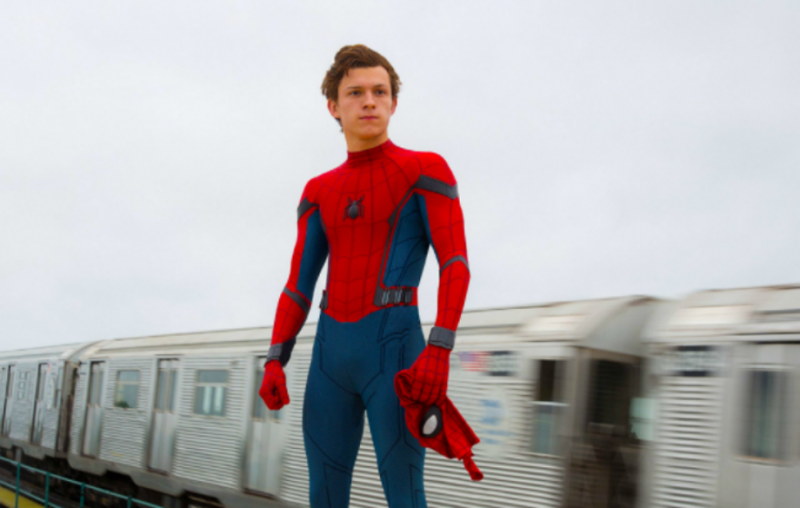 In July 2017, Spider-Man: Homecoming was released, in which Holland reprised his role from Captain America: Civil War. Earning $117 million in box office receipts in its first weekend, Homecoming received positive reviews and Holland considerable praise, with his appearance being called "a star performance given by a born actor." The film went on the gross over $800 million worldwide. 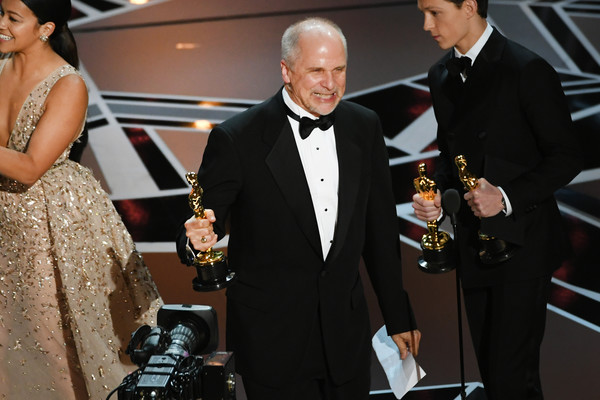 He presented the award for Best Visual Effects at the 90th Annual Academy Awards, in which the Oscar was won by Blade Runner 2049. 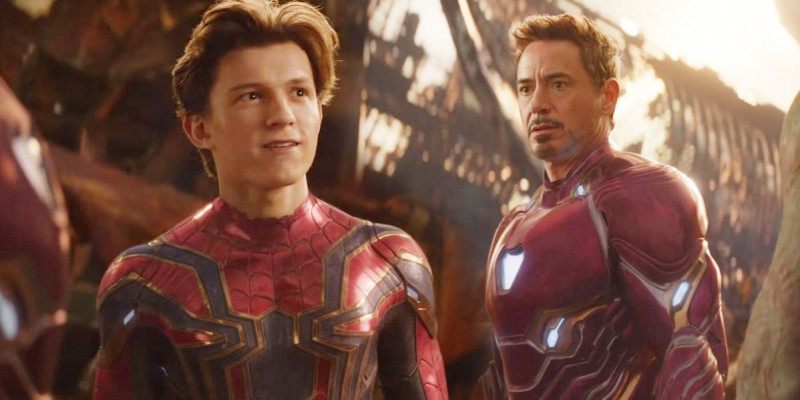 Holland reprised Spider-Man in Avengers: Infinity War, which was released on 27 April 2018. 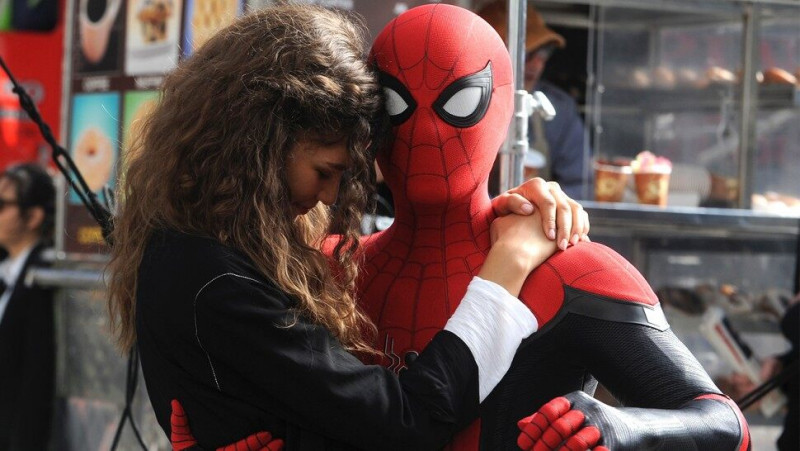 Holland began shooting for Spider-Man: Far from Home in July 2018 with production wrapping that October.

October 2018: Appeared on an episode of Lip Sync Battle 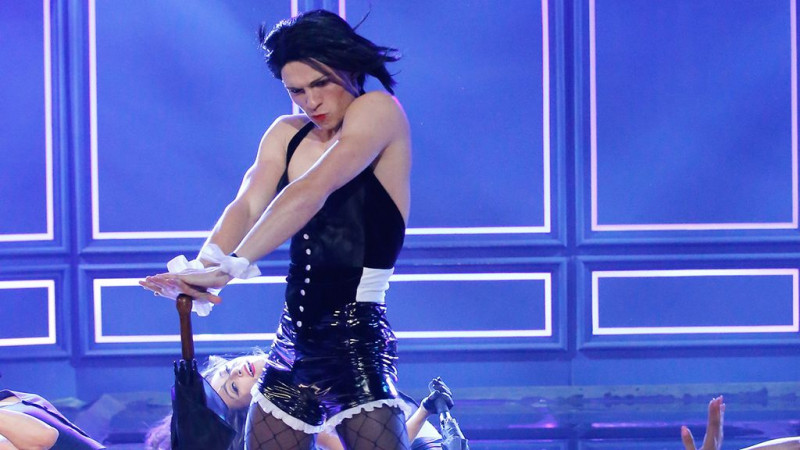 Holland appeared on an episode of Lip Sync Battle, in which he defeated Zendaya. 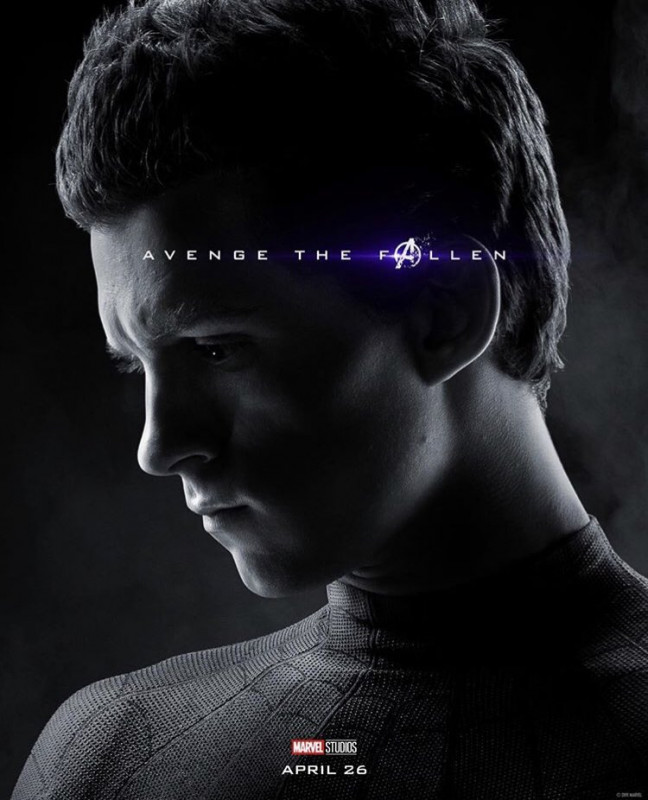 He is played as Spider-Man again in Avengers: Endgame, which was released on 26 April 2019.