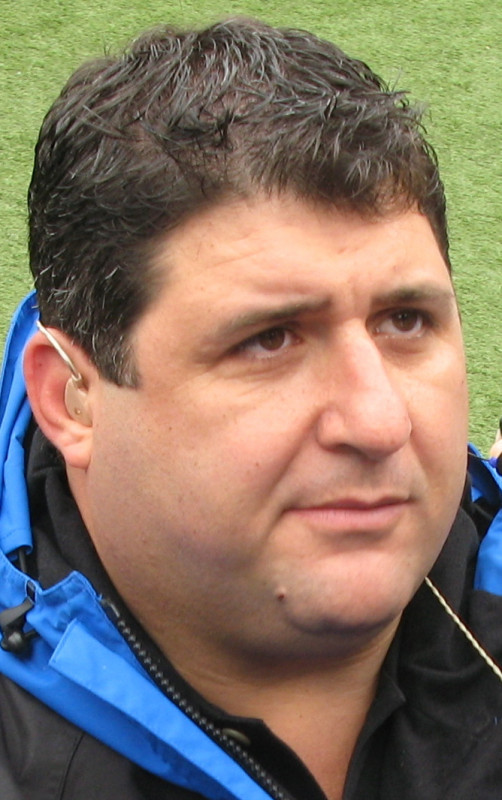 Anthony Siragusa Sr. (May 14, 1967 – June 22, 2022), nicknamed "the Goose", was an American professional football player who was a defensive tackle for 12 seasons with the Indianapolis Colts and the Baltimore Ravens in the National Football League (NFL). After his football career, he worked as a sideline analyst for NFL games broadcast on the Fox Network from 2003 to 2015. He also hosted various shows on television, such as the home renovation program Man Caves on the DIY Network.

During a practice in April 1988, Siragusa tore his left anterior cruciate ligament, and underwent surgery that forced him to sit out the entire 1988 season. Before his injury, Siragusa was considered a potential first-round draft pick, but afterwards, he was seen as such a risk that he went undrafted in the 1990 NFL draft.

Out of a concern for men with prostate cancer, in 2013 Siragusa began appearing in an ad campaign for Depend for Men, saying, "I decided to go and shoot the commercial and bring a little bit of lightness to [the problem] where guys can talk about it and after I did the commercial you wouldn't believe the response."

Siragusa was a sideline reporter and analyst during NFL games on Fox until his firing following the 2015 NFL season. Siragusa usually appeared with Kenny Albert (before Albert, Dick Stockton and Curt Menefee) and Daryl Johnston. In 2015, he was paired with Thom Brennaman and Charles Davis. He appeared as Soprano family associate Frankie Cortese in the TV series The Sopranos. He partnered up with Michael Romanelli and opened a restaurant chain called Tiff's. The original name of the franchise was Tiffany's, but after a lawsuit by Tiffany & Co., the luxury jeweler, the name was shortened. He hosted Man Caves on the DIY network. He also hosted a documentary program called Mega Machines on The Learning Channel.

Siragusa made a few appearances at his alma mater, the University of Pittsburgh. He was one of several honorary captains during the renewal of the Penn State–Pittsburgh football rivalry in 2016, soon after ending his stint with Fox.