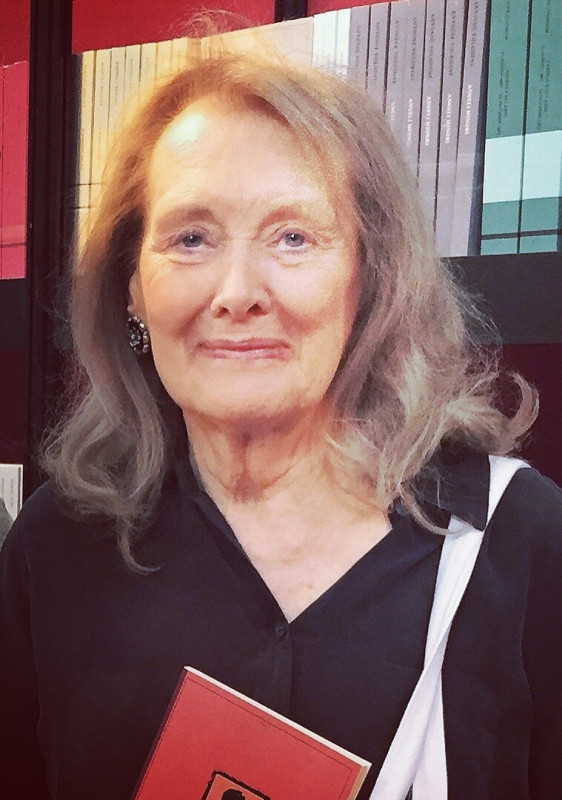 Annie Thérèse Blanche Ernaux (née Duchesne; born 1 September 1940) is a French writer, professor of literature and Nobel laureate. Her literary work, mostly autobiographical, maintains close links with sociology. Ernaux was awarded the 2022 Nobel Prize in Literature "for the courage and clinical acuity with which she uncovers the roots, estrangements and collective restraints of personal memory".

Ernaux was born in Lillebonne in Normandy and grew up in nearby Yvetot, where her parents, Blanche (Dumenil) and Alphonse Duchesne, ran a café and grocery in a working-class part of town. In 1960 she travelled to London where she worked as an au pair, an experience she would later relate in 2016's Mémoire de fille (A Girl's Story). Upon returning to France, she studied at the universities of Rouen and then Bordeaux, qualified as a schoolteacher, and earned a higher degree in modern literature in 1971. She worked for a time on a thesis project, unfinished, on Pierre de Marivaux.

Ernaux started her literary career in 1974 with Les Armoires vides (Cleaned Out), an autobiographical novel. In 1984, she won the Renaudot Prize for another of her works La Place (A Man's Place), an autobiographical narrative focusing on her relationship with her father and her experiences growing up in a small town in France, and her subsequent process of moving into adulthood and away from her parents' place of origin.

Ernaux signed a letter that supported the release of Georges Abdallah, who was sentenced to life imprisonment in 1982 for the assassination of an American military attaché, Lt. Col. Charles R. Ray, and an Israeli diplomat, Yacov Barsimantov. According to the letter, the victims were "active Mossad and CIA agents, while Abdallah fought for the Palestinian people and against colonization".

Ernaux has repeatedly indicated her support for the BDS movement, a Palestinian-led campaign promoting boycott, divestment and sanctions against Israel. In 2018, the author signed a letter alongside about 80 other artists that opposed the holding of the Israel–France cross-cultural season by the Israeli and French governments. In 2019, Ernaux signed a letter calling on a French state-owned broadcasting network not to air the Eurovision Song Contest, which was held in Israel that year. In 2021, after the Operation Guardian of the Walls, she signed another letter that called Israel an apartheid state, claiming that "To frame this as a war between two equal sides is false and misleading. Israel is the colonizing power. Palestine is colonized."

Ernaux supported Jean-Luc Mélenchon in the 2012 French presidential election. In 2018, Ernaux expressed her support for the yellow vests protests.

Ernaux's 2008 historical memoir Les Années (The Years), well-received by French critics, is considered by many to be her magnum opus. In this book, Ernaux writes about herself in the third person ('elle', or 'she' in English) for the first time, providing a vivid look at French society just after the Second World War until the early 2000s. It is the story of a woman and of the evolving society she lived in. The Years won the 2008 Prix François-Mauriac de la région Aquitaine [fr], the 2008 Marguerite Duras Prize, the 2008 Prix de la langue française, the 2009 Télégramme Readers Prize, and the 2016 Strega European Prize. Translated by Alison L. Strayer, The Years was a finalist for the 31st Annual French-American Foundation Translation Prize, was nominated for the International Booker Prize in 2019, and won the 2019 Warwick Prize for Women in Translation. Her popularity in anglophone countries increased sharply after The Years was shortlisted for the International Booker.

On 6 October 2022, it was announced that Ernaux would be awarded the 2022 Nobel Prize in Literature "for the courage and clinical acuity with which she uncovers the roots, estrangements and collective restraints of personal memory". Her famous quote, “I shall avenge my race,” has originated from Rimbaud who said, “It’s obvious to me I’ve always belonged to an inferior race. I don’t understand rebellion. My race never rose up except to pillage, like wolves round a beast, they haven’t killed.” Well-known sociologist Pierre Bourdieu, too, has a great influence on her. Ernaux is the 16th French writer, and the first Frenchwoman, to receive the literature prize. In congratulating her, the president of France, Emmanuel Macron, said that she was the voice "of the freedom of women and of the forgotten".