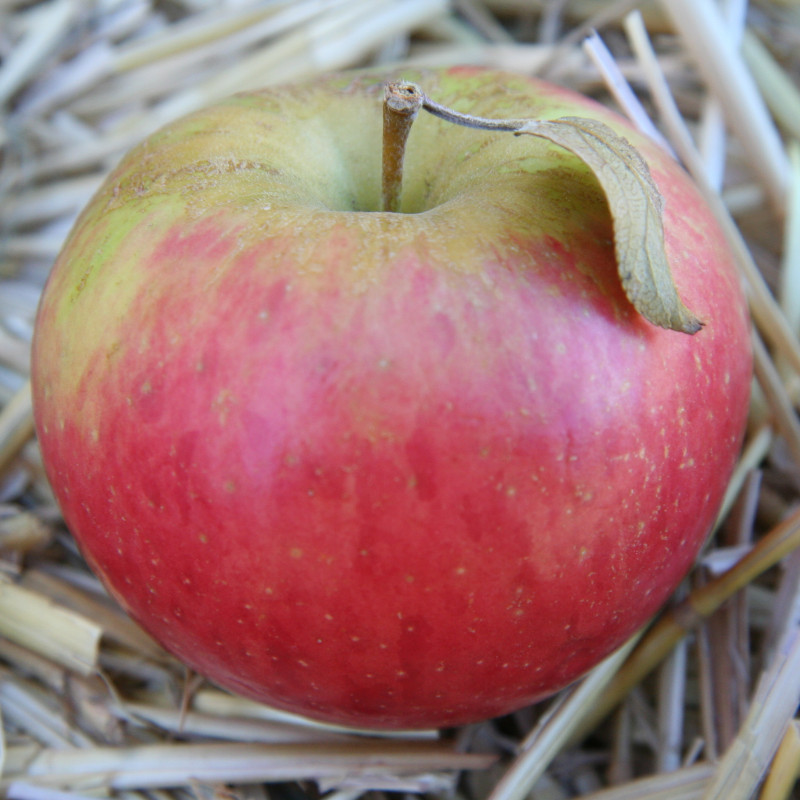 Winter apples, picked in late autumn and stored just above freezing, have been an important food in Asia and Europe for millennia. Of the many Old World plants that the Spanish introduced to Chiloé Archipelago in the 16th century, apple trees became particularly well adapted. Apples were introduced to North America by colonists in the 17th century, and the first apple orchard on the North American continent was planted in Boston by Reverend William Blaxton in 1625. The only apples native to North America are crab apples, which were once called "common apples". Apple cultivars brought as seed from Europe were spread along Native American trade routes, as well as being cultivated on colonial farms. An 1845 United States apples nursery catalogue sold 350 of the "best" cultivars, showing the proliferation of new North American cultivars by the early 19th century. In the 20th century, irrigation projects in Eastern Washington began and allowed the development of the multibillion-dollar fruit industry, of which the apple is the leading product.

The proverb, "An apple a day keeps the doctor away", addressing the supposed health benefits of the fruit, has been traced to 19th-century Wales, where the original phrase was "Eat an apple on going to bed, and you'll keep the doctor from earning his bread". In the 19th century and early 20th, the phrase evolved to "an apple a day, no doctor to pay" and "an apple a day sends the doctor away"; the phrasing now commonly used was first recorded in 1922. Despite the proverb, there is no evidence that eating an apple daily has any significant health effects.

Apple is diploid (though triploid cultivars are not uncommon), has 17 chromosomes and an estimated genome size of approximately 650 Mb. Several whole genome sequences have been made available, the first one in 2010 was based on the diploid cultivar ‘Golden Delicious’. However, this first whole genome sequence turned out to contain several errors in part owing to the high degree of heterozygosity in diploid apples which, in combination with an ancient genome duplication, complicated the assembly. Recently, double- and trihaploid individuals have been sequenced, yielding whole genome sequences of higher quality. The first whole genome assembly was estimated to contain around 57,000 genes, though the more recent genome sequences support more moderate estimates between 42,000 and 44,700 protein-coding genes. Among other things, the availability of whole genome sequences has provided evidence that the wild ancestor of the cultivated apple most likely is Malus sieversii. Re-sequencing of multiple accessions has supported this, while also suggesting extensive introgression from Malus sylvestris following domestication.

There are more than 7,500 known cultivars of apples. Different cultivars are bred for various tastes and use, including cooking, eating raw and cider production. Trees and fruit are prone to a number of fungal, bacterial and pest problems, which can be controlled by a number of organic and non-organic means. In 2010, the fruit's genome was sequenced as part of research on disease control and selective breeding in apple production.

The enzyme, polyphenol oxidase, causes browning in sliced or bruised apples, by catalyzing the oxidation of phenolic compounds to o-quinones, a browning factor. Browning reduces apple taste, color, and food value. Arctic Apples, a non-browning group of apples introduced to the United States market in 2019, have been genetically modified to silence the expression of polyphenol oxidase, thereby delaying a browning effect and improving apple eating quality. The US Food and Drug Administration in 2015, and Canadian Food Inspection Agency in 2017, determined that Arctic apples are as safe and nutritious as conventional apples.

Worldwide production of apples in 2018 was 86 million tonnes, with China accounting for nearly half of the total.

World production of apples in 2019 was 87 million tonnes, with China producing 49% of the total (table). Secondary producers were the United States and Turkey.