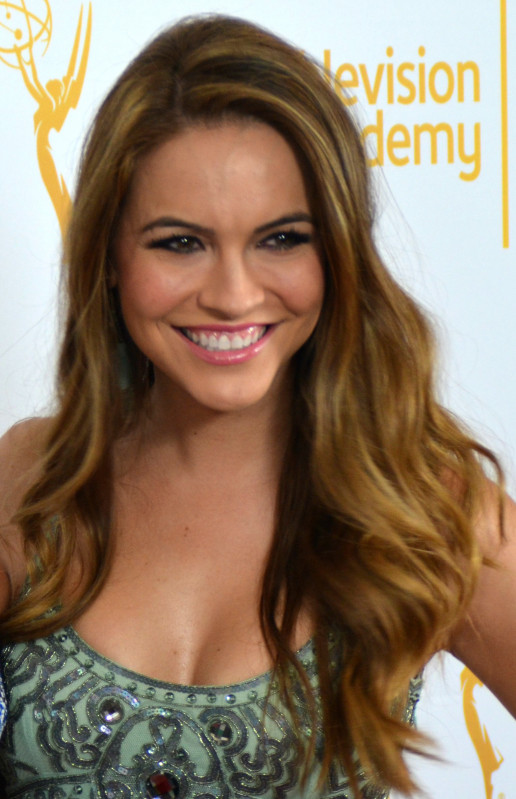 Terrina Chrishell Stause (born July 21, 1981) is an American actress and real estate agent. She is known for her role on the Netflix reality show Selling Sunset, along with previous television roles as Amanda Dillon on All My Children and Jordan Ridgeway on Days of Our Lives.

Stause was born in Draffenville, Kentucky. She attended Murray State University, from which she received her B.A. in Theater in 2003. Though she was born "Terrina Chrishell Stause", she is more commonly known by her middle name "Chrishell", which originated from the day of her birth. Her mother was in labor at a Shell station, and "Chris", an attendant, helped deliver her. Thus, "Chrishell" got her name.

Stause is best known for her portrayal of Amanda Dillon in the ABC soap opera All My Children, a role she began on May 4, 2005 when the character returned to Pine Valley after a five-year absence. The role of Amanda was previously portrayed by Alexis Manta. The soap was cancelled and ended on September 23, 2011, and later Stause guest starred in the second season of the Dana Delany series Body of Proof. She was a member of improvisational troupe The Groundlings in Los Angeles.

In January 2014, it was confirmed that Stause and Justin Hartley were dating and the couple announced their engagement in July 2016. They were married on October 28, 2017. In November 2019, Hartley filed for divorce, citing irreconcilable differences. Stause alleged that Hartley had let her know about the divorce by text only 45 minutes before the media broke the news. She filed for dissolution of marriage in December 2019 and refuted the July 8th separation date previously listed by Hartley. The divorce was finalized on February 22, 2021. She subsequently started dating Dancing with the Stars dancer Keo Motsepe from December 2020 to February 2021. Following their split, she confirmed via Instagram in July 2021 that she had begun a romantic relationship with Selling Sunset co-star and boss Jason Oppenheim.

In 2015, she appeared in a guest spot on the ABC prime time soapy drama, Mistresses. In April 2016, it was announced that Stause would be joining the cast of The Young and the Restless as Bethany Bryant, debuting in late May. She last appeared on August 17, 2016.

In 2017, she was cast in her first film leading role, in the thriller Eve of Abduction.

On September 2, 2020, Stause was announced as one of the celebrities competing on the 29th season of Dancing with the Stars. She was eliminated in the eighth week of competition, getting to eighth place.