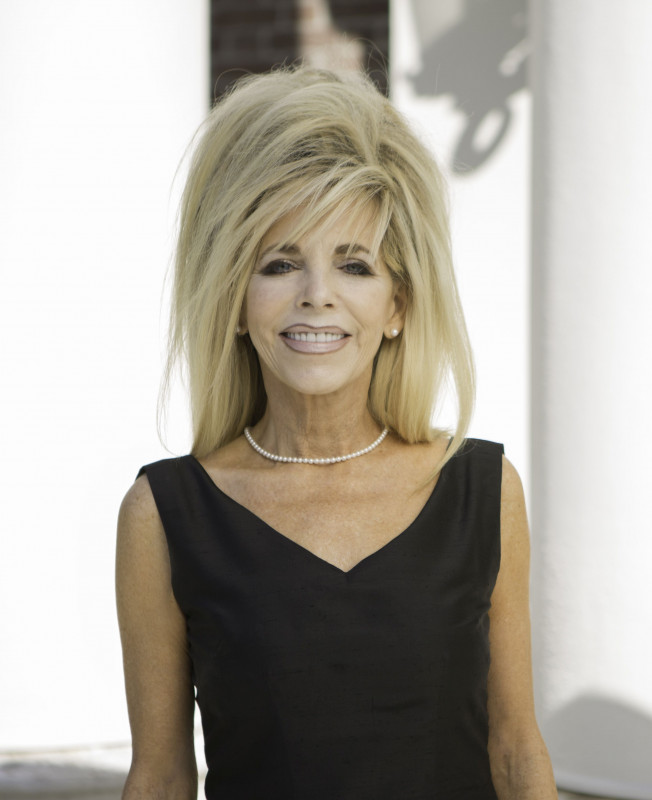 Lara lived with her family in Ashlawn, a historic mansion in Brentwood, Tennessee that was built in 1838.

Gwen Shamblin Lara (February 18, 1955 – May 29, 2021) was an American author, founder of the Christian diet program The Weigh Down Workshop and founder of the Remnant Fellowship.

She married David Shamblin in 1978, with whom she had two children. 40 years later they divorced, the same year she married Joe Lara.

Lara began a weight control consulting practice in 1980. She had struggled with her weight in college. She counseled that genetics, metabolism and behavior modification did not explain why some people were thin while others were overweight. In 1986, Lara founded the Weigh Down Workshop, a weight loss program with no food restrictions, exercise regimens or weigh-ins, or calorie counting.

In 1996, Weigh Down Workshop had a staff of 40 and built a headquarters in Franklin, Tennessee, and Lara began hosting an annual summer convention, Desert Oasis, in the Nashville area.

In 1997, Lara published The Weigh Down Diet, a book that advised readers to use spirituality to avoid overeating. The book sold more than 1.2 million copies. The Weigh Down Diet teaches the love of food should be transferred to a love of God, and to cut food portions in half and eat only when hungry.

Weigh Down Workshop hosted more than 21,000 classes with more than 250,000 participants worldwide by August 1998. Classes were hosted in every state in the U.S. and in Canada and Europe.

Lara founded the Remnant Fellowship Church in 1999 in Franklin, TN. The church's building was completed in 2004 on 40 acres Lara purchased in Brentwood, Tennessee.

Lara wrote Rise Above, published in 2000, and in 2002 she published Exodus Devotional.

On August 10, 2000, Lara sent an email to her followers saying that she believed that the doctrine of the Trinity was not biblical. In response, some evangelical churches dropped her program, Thomas Nelson Publishers canceled the publication of her next book, she was removed from the Women of Faith website and some employees left her staff.

Lara was criticized for using the Christianity label while building her business. In 2001, Nashville CBS affiliate WTVF investigated how Weigh Down Workshop leaders spent money. Lara said half the proceeds from Weigh Down Workshop was paid as taxes and the other half was put back into the program.

During the day on October 8, 2003, Joseph disciplined Josef several times, striking him repeatedly with a foot long glue stick. County medical examiners concluded that eight-year-old Josef Smith died as a result of "acute and chronic" abuse. Members of the Remnant Church led by Shamblin paid for the defense of the Smiths. They were convicted in Georgia v. Smith. After being convicted, the Smiths were then sentenced on March 27, 2007, to life plus 30 years in prison, the maximum punishment, by Cobb County Superior Court Judge James Bodiford.

Lara appeared on television programs such as BBC, 20/20, A Current Affair, The View, and Dateline (Australia). as well as in such magazines as Family Circle, Good Housekeeping, Woman's Day, and many newspaper articles. She was featured on The Today Show, CNN's Larry King Live, DaySide, and The Early Show. Participants from the Weigh Down Workshop were featured on the cover of Good Housekeeping, in the Ladies' Home Journal, in People Magazine, First magazine, Quick and Simple, and in numerous newspaper articles. In 2007, The Tyra Banks Show devoted an hour-long program to Gwen, the Weigh Down Diet, the Fellowship and participants from Weigh Down programs.

In 2009, Gwen and Weigh Down were featured on such television programs as WeTV's Secret Lives of Women and CBS’s The Insider. In late 2011, she began producing a live Internet show, titled You Can Overcome. A five-part HBO mini series entitled The Way Down: God, Greed, and the Cult of Gwen Shamblin aired in 2021.

An NTSB preliminary report on the accident stated that the crash occurred in instrument meteorological conditions, that the weather was overcast with a visibility of 10 miles, and the lowest ceilings were at 1300 feet above ground level. The pilot held a commercial pilot certificate with an instrument rating, with his most recent FAA second-class medical certificate being issued on November 12, 2019. After takeoff, radar returns show the airplane made a series of heading changes along with several climbs and descents before it entered a steep, descending left turn, with the airplane impacting a shallow section of Percy Priest Lake about 2 to 8 feet deep.

On May 29, 2021, Lara and six church leaders, including her husband, Joe, and son-in-law, Brandon Hannah, were killed when her 1982 Cessna Citation 501 private jet, bound for Palm Beach, Florida, crashed into Percy Priest Lake near Smyrna, Tennessee, shortly after takeoff.