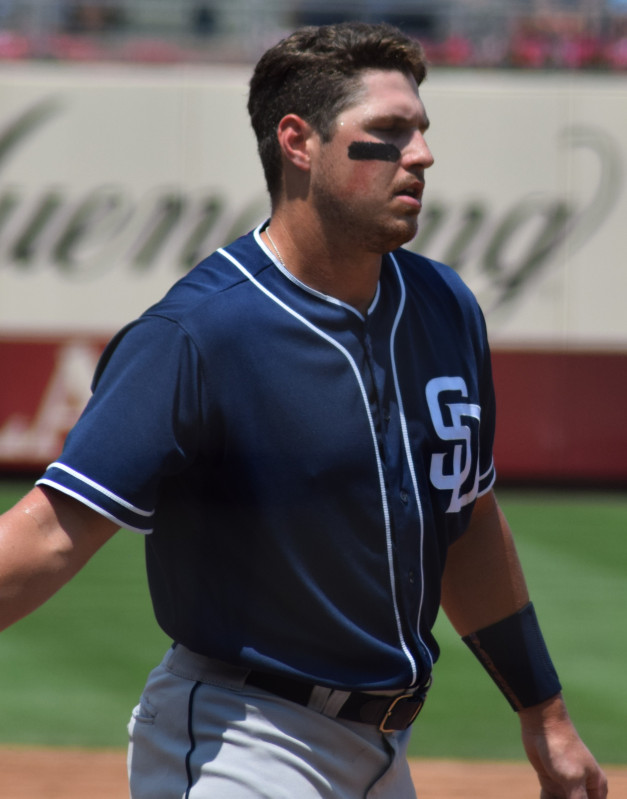 The Boston Red Sox selected Renfroe in the 31st round of the 2010 Major League Baseball (MLB) draft, but he did not sign. He enrolled at Mississippi State University, where he played college baseball for the Mississippi State Bulldogs. On April 15, 2013, he was named the Southeastern Conference Player of the Week. He was also named to the Golden Spikes Award watchlist and was the 2013 recipient of the C Spire Ferriss Trophy, given to the best college baseball player in Mississippi. From 2011 to 2012, Renfroe played for the Bethesda Big Train of the Cal Ripken Collegiate Baseball League, where he broke the Big Train record for most runs, home runs, runs batted in, slugging percentage, and total bases in a season in 2012. Renfroe's number "11" was retired by the Big Train in 2012.

Renfroe married Courtney Beach on December 5, 2015, in their hometown of Crystal Springs. Renfroe is a Christian.

The Padres invited Renfroe to spring training in 2016. He opened the 2016 season with El Paso. He won the 2016 Pacific Coast League Most Valuable Player Award. Following the 2016 Triple-A Baseball National Championship Game, the Padres promoted Renfroe to the major leagues on September 21. He made his first plate appearance as a pinch hitter that same night, getting intentionally walked by Arizona Diamondbacks reliever Edwin Escobar. He batted .371 in 11 games for San Diego.

Renfroe made the Padres' Opening Day roster in 2017 as the starting right fielder. On August 19, Renfroe was optioned to El Paso due to his declining performance in reaching base. He was recalled to the majors on September 18 after the end of the Triple-A season. Renfroe finished the 2017 season with a batting line of .231/.284/.467 and 26 home runs with 117 starts in right field. Renfroe began the 2018 season primarily starting only against left-handed pitching, but picked up more starts after Wil Myers got injured. He led the Padres in home runs in 2018 with 26.

On December 14, 2020, Renfroe signed a one-year, $3.1 million contract with the Boston Red Sox. He began the season as a regular member of Boston's outfield, and hit his 20th home run with the Red Sox on August 13, having batted .256 with 68 RBIs to that point in the season. Renfroe was placed on the bereavement list on August 26, due to the death of his father. He returned to the Red Sox on August 31. Overall with Boston during the regular season, Renfroe played in 144 games while batting .259 with 31 home runs and 96 RBIs. He also played in 11 postseason games, batting 7-for-36 (.194) as the Red Sox advanced to the American League Championship Series.

On December 1, 2021, the Red Sox traded Renfroe to the Milwaukee Brewers in exchange for Jackie Bradley Jr., David Hamilton, and Alex Binelas.

On November 22, 2022, the Brewers traded Renfroe to the Los Angeles Angels for Janson Junk, Elvis Peguero, and Adam Seminaris.