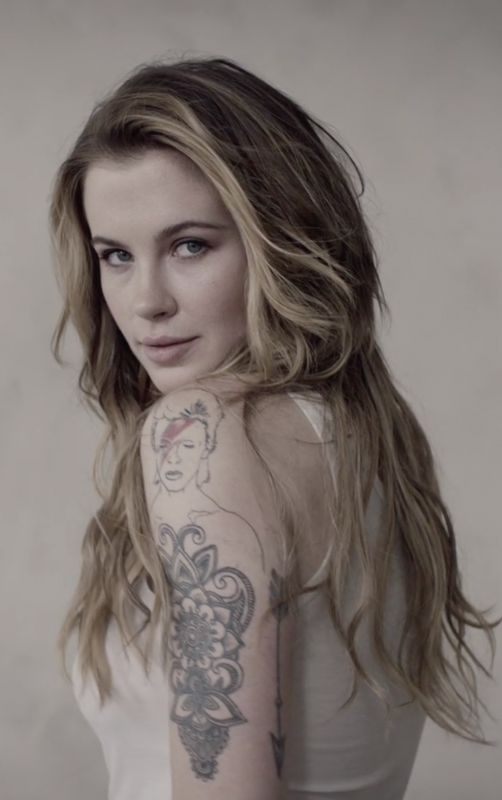 Ireland Eliesse Baldwin (born October 23, 1995), also known as Ireland Basinger Baldwin, is an American fashion model and actress. Baldwin started modeling and acting in 2013 and appeared in the film Grudge Match and in editorials for magazines such as Grazia. Baldwin is also a vocal advocate for animal rights and posed for PETA 24 years after her mother did. In 2019, Baldwin began to DJ professionally.

At age 11 in 2007, she gained attention in the media after her father left her an angry voicemail message, which became publicized. He stated that she was "a rude, thoughtless little pig".

Baldwin signed with IMG Models in March 2013. In April, she made her modeling debut in a swimwear editorial for the New York Post. In May, Baldwin appeared in W Magazine's It Trend, It Girl feature. Baldwin was Vanity Fair's It Girl in June, and was photographed by Patrick Demarchelier for the issue. Elle interviewed Baldwin in its September 2013 issue. The editorial accompanying the interview was photographed by Thomas Whiteside and styled by Joe Zee. She appeared in an editorial for DuJour magazine, photographed by Bruce Weber. Baldwin made her acting debut in the film Grudge Match, playing a younger version of Kim Basinger's character, Sally.

In 2014 Baldwin began studying at the New York Film Academy, mainly cinematography and acting. She attended the 86th annual Academy Awards alongside Nancy O'Dell and Joe Zee as media correspondents for Entertainment Tonight.

In 2014, Baldwin was in a relationship with rapper Angel Haze. In 2015, Haze devoted her track "Candlxs" to Baldwin; the cover art depicting Baldwin and Haze was painted by Haze herself. Several months later Baldwin ended the relationship before checking herself into Malibu's Soba Recovery Center for "emotional trauma".

In April 2015 Baldwin resigned from IMG after a stint in rehab. She signed with DT Model Management in June 2015.

In 2018, she posed nude for a PETA "I'd Rather Go Naked Than Wear Fur" anti-fur ad campaign, 24 years after her mother did the same. The promotional video for the piece featured Baldwin stating that she has a "no fur" policy in her contract. In September, Baldwin graced the cover of Grazia, shot by Yu Tsai.

In 2019, Baldwin revealed in an Instagram story about the Human Life Protection Act that she was a victim of sexual assault. In the story, she said that she is a survivor and that "one day [she] will reveal the true story". She also revealed that at the time, she began to rely on substances, resulting in what she characterized as "sabotaging" her career.