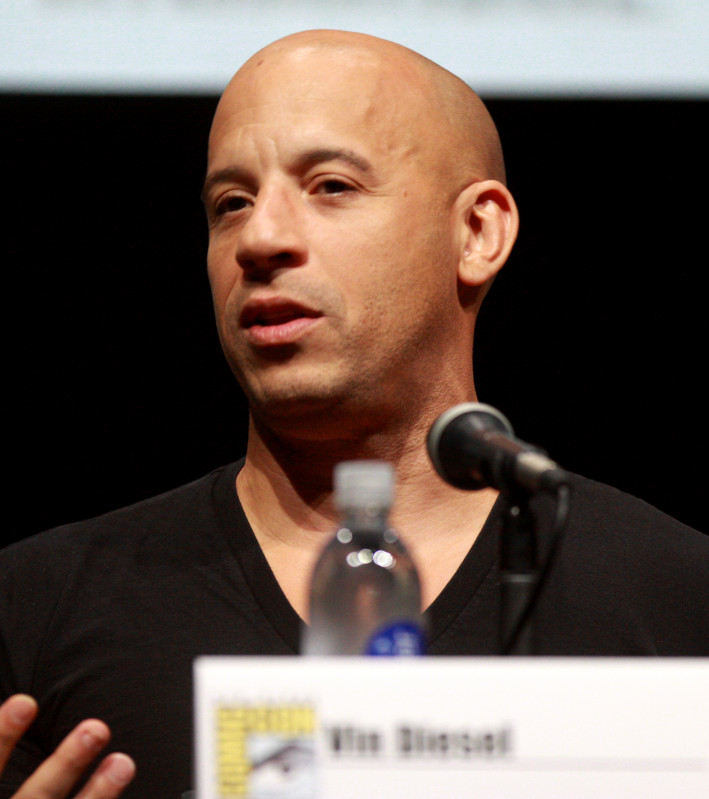 Diesel was born Mark Sinclair on July 18, 1967, in Alameda County, California, where his mother was also born, though later moved to New York City with his fraternal twin brother, Paul. His mother, Delora Sherleen Vincent (née Sinclair), is an astrologer. He was raised by his white mother and adoptive African-American father, Irving H. Vincent, an acting instructor and theater manager. Diesel has stated that he is "of ambiguous ethnicity." His mother has English, German, and Scottish roots. He has never met his biological father, and has said that "all I know from my mother is that I have connections to many different cultures," Diesel believes that his parents' relationship would have been illegal in parts of the United States due to anti-miscegenation laws.

Mark Sinclair (born July 18, 1967), known professionally as Vin Diesel, is an American actor and filmmaker. One of the world's highest-grossing actors, he is best known for playing Dominic Toretto in the Fast & Furious franchise.

Diesel is noted for his distinctive deep voice; he said his voice broke around age 15, giving him a mature-sounding voice on the telephone. He has played Dungeons & Dragons for over 37 years as of 2021, and wrote the foreword for the commemorative book 30 Years of Adventure: A Celebration of Dungeons & Dragons. Canadian video game designer and developer Merritt k created the 2015 ASMR game Vin Diesel DMing a Game of D&D Just For You based on his D&D fandom. He has expressed his love for the Dominican Republic and how he relates to its multicultural facets. He is acquainted with its former president, Leonel Fernández, and appeared in one of Fernández's earlier campaign ads. Los Bandoleros, a short film directed by Diesel, was filmed in the Dominican Republic.

Diesel's first film role was a brief uncredited appearance in the drama film Awakenings (1990). In 1994, he wrote, directed, produced, and starred in the short drama film Multi-Facial, a semi-autobiographical film which follows a struggling multiracial actor stuck in the audition process. The film was selected for screening at the 1995 Cannes Festival. As well as acting, Vin Diesel supported himself by working as a bouncer and telemarketer selling lightbulbs.

In 1997, Diesel made his first feature-length film, Strays, an urban drama in which he played a gang leader whose love for a woman inspires him to try to change his ways. Written, directed, and produced by Diesel, the film was selected for competition at the 1997 Sundance Festival, leading to an MTV deal to turn it into a series. Director Steven Spielberg took notice of Diesel after seeing him in Multi-Facial and cast him in a small role as a soldier in his 1998 Oscar-winning war film Saving Private Ryan. In 1999, he provided the voice of the title character in the animated film The Iron Giant.

In 2006, he chose a dramatic role playing real-life mobster Jack DiNorscio in Find Me Guilty. Although he received critical acclaim for his performance, the film did poorly at the box office grossing only $2 million against a budget of $13 million. Later that year, Diesel made a cameo appearance in The Fast and the Furious: Tokyo Drift, reprising his role from The Fast and the Furious.

In 2007, Diesel was set to produce and star as Agent 47 in the film adaptation of the video game Hitman, but eventually pulled back and served as executive producer on the film instead. In 2008, he starred in the science-fiction action thriller Babylon A.D. which was a critical and box office failure. Diesel returned to The Fast and the Furious series, alongside most of the principal cast from the original 2001 film, in Fast & Furious, which was released in April 2009.

Sometime around 2001, Diesel dated his Fast & Furious co-star Michelle Rodriguez. Since 2007, he has been in a relationship with Mexican model Paloma Jimenez; the couple have three children: daughter Hania Riley (born April 2008), son Vincent Sinclair (born 2010), and daughter Pauline (born March 2015). The last is named in honor of his co-star and friend Paul Walker, who died in November 2013. He is also the godfather of Walker's daughter, Meadow.

Diesel reprised his role as Dominic Toretto in installments five through nine of the Fast & Furious franchise, Fast Five (2011), Fast & Furious 6 (2013), Furious 7 (2015), The Fate of the Furious (2017) and F9 (2021). He reprised his role as Riddick in the third film of The Chronicles of Riddick series, simply titled Riddick (2013). In August 2013, Diesel received a star on the Hollywood Walk of Fame. He voiced Groot in the 2014 Marvel Cinematic Universe film Guardians of the Galaxy. He starred in the supernatural action film The Last Witch Hunter (2015). In 2016, Diesel appeared as a supporting character in Ang Lee's war drama Billy Lynn's Long Halftime Walk.

Diesel portrayed Valiant Comics character Bloodshot in the film of the same name which released in March 2020. He is also joining the cast of James Cameron's Avatar 2.

In September 2020, Diesel announced his venture into music, with the release of the song "Feel Like I Do", produced by Kygo. He debuted the song on The Kelly Clarkson Show on September 24, stating: "I am blessed that on a year that I would normally be on a movie set — and as you know, that's not possible — I've had another creative outlet. Another way to show you, or share with you, my heart."

In November 2021, Vin Diesel attended a belt promotion ceremony at Legacy Jiu-Jitsu, a Brazilian Jiu-Jitsu academy in Burbank, California, in order to give a speech to celebrate one of his oldest friends being promoted to black belt in the sport, Valentino Morales.