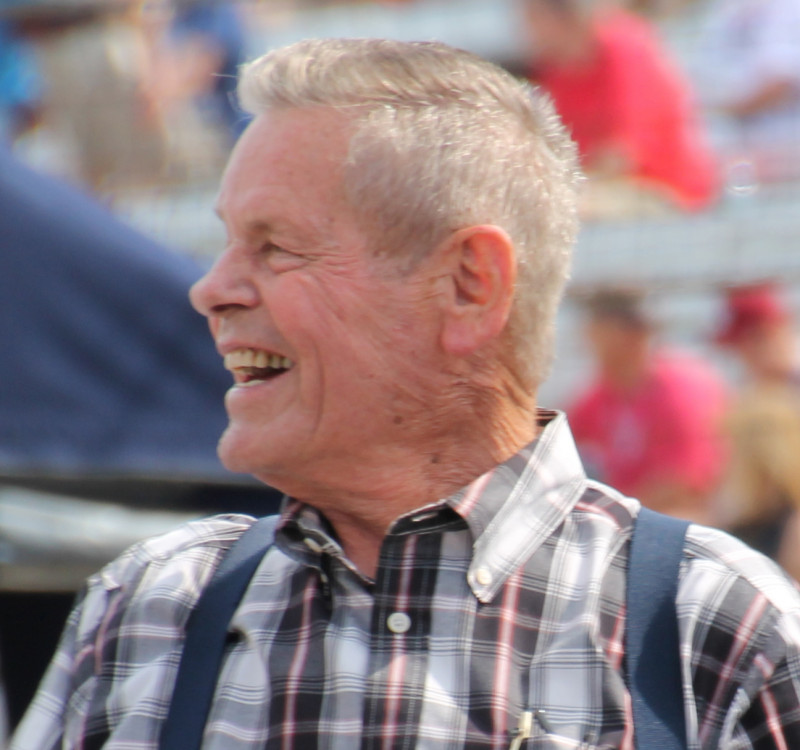 Robert William Unser (February 20, 1934 – May 2, 2021) was an American automobile racer. He was the brother of Al Unser, Jerry Unser and Louis Unser, the father of Robby Unser and the uncle of Al Unser Jr. and Johnny Unser. The Unser family has won the Indy 500 a record nine times, with Bobby and Al Sr. being the only set of brothers to win in the race's history. He was one of ten drivers to have won the Indianapolis 500 three or more times and one of only two (followed by Rick Mears) to have won the 500 in three decades (1968, 1975, 1981).

Unser was born in Colorado Springs, Colorado, the son of Mary Catherine (Craven) and Jerome Henry Unser, the third oldest of four brothers. His paternal grandparents were Swiss. When he turned 1 his family moved to Albuquerque, New Mexico. In 1950, at the age of 15, he won his first championship in Southwest Modified Stock Cars. From 1953 to 1955 he served in the United States Air Force and became a top competition sharp shooter in military matches, though he later bitterly regretted it. In 1955 Bobby and brothers Jerry and Al Unser decided to pursue racing careers in USAC. In 1959 his brother Jerry Unser died in an automobile accident at the Indianapolis 500.

Unser came from a family of racecar drivers. He won numerous racing championships throughout his career, including three Indianapolis 500 titles. He debuted in 1955 at Pike's Peak, dubbed "Unser's Peak" because of his family's history of success at the hill climb. He finished fifth that year, behind his two brothers. A year later he won his first of a record 10 championships at Pike's Peak. He won six straight titles from 1958 to 1963. His streak ended in 1964 when his younger brother Al won the race.

In 1972 Unser set another Indianapolis 500 record for the fastest qualifying time at 195.94 miles per hour. In 1974, he won his second USAC National Driving Championship and a year later he won his second Indianapolis 500 in a race that was rain-shortened on lap 174. From 1979 to 1981 Unser raced in the CART series for Team Penske winning ten races. In 1980 he became the first driver to win the California 500 four times. His career ended in 1981 following a controversial win at Indianapolis.

On lap 149, during a caution period, Bobby and Mario Andretti made their pit stop and headed back to the race. Bobby passed eight cars during the caution, while Mario passed two cars. Unser won the race, but was stripped of it the following morning in favor of second-place finisher Mario Andretti. After a 5-month lawsuit and protest by Penske, Bobby Unser was re-awarded the win in October 1981. For his infraction, Unser was instead fined $40,000 ($112,000 in today's money).

After retiring from Indycar driving in 1982, Unser did developmental work for Audi, lapping one at 206.8 MPH. In 1986, after a 12-year absence from the Pikes Peak race, he won the event for the tenth time driving an Audi Quattro, breaking the tie he had with his Uncle Louis Unser for nine overall victories each. The 1986 win brought Unser’s total number of Pikes Peak victories to 13, including two stock car class victories (1969 and 1974) and a single sports car class win (1963).

Unser became a television commentator for Indy car races after his retirement working for NBC, ABC, and ESPN. Unser also worked as the analyst for the IMS Radio Network in 1986. In 1989 and 1990, the National Academy of Television Arts and Sciences awarded ABC's telecast of the Indianapolis 500 the Sports Emmy Award for "Outstanding Live Sports Special". Unser received announcer honors with Paul Page, Sam Posey, and others. Unser also broadcast several NASCAR events between 1986–1992 alongside Page and Benny Parsons. The most famous NASCAR race Unser broadcast was the 1989 The Winston in which Rusty Wallace won by wrecking Darrell Waltrip with 2 laps to go; Unser was the first broadcaster of the broadcasting team to spot the post-race fist-fight between Wallace and Waltrip's pit crews.

Unser challenged Dan Gurney to improve the performance of his 1971 USAC car, leading to the development of the Gurney flap. In 1993, Unser set a new Bonneville Salt Flats record at Bonneville Speedway of 223.709 in a D/Gas Modified Roadster that stood for 18 years. He leads the all-time Pikes Peak International Hill Climb champion's list with 10 overall wins, having set a new track record eight times.

On December 20, 1996, in Colorado, Unser and a friend became lost while snowmobiling near Unser's New Mexico ranch. They abandoned one stuck snowmobile before a storm blinded them both. When the second snowmobile stopped working, they spent two days and nights in subzero weather before finding a barn where they were found. Both men were suffering badly, his friend was suffering from hypothermia, and Unser had vomited blood during this time. Unser was later convicted of a Federal misdemeanor, "unlawful operation of a snowmobile within a National Forest Wilderness Area" (16 U.S.C. 551, 36 C.F.R. 261.16(a)), and was fined $75. Maximum penalties could have been up to six months in jail and up to $5,000.00 in fines. Unser appealed, claiming to have been lost before the accident, but the court ruled that maps were widely available and it was a public welfare offense, thus intent was not necessary. Unser appealed this decision all the way to the U.S. Supreme Court, but his writ of certiorari was denied.

In 2003, he published a book, Winners are Driven: A Champion’s Guide to Success in Business and Life.