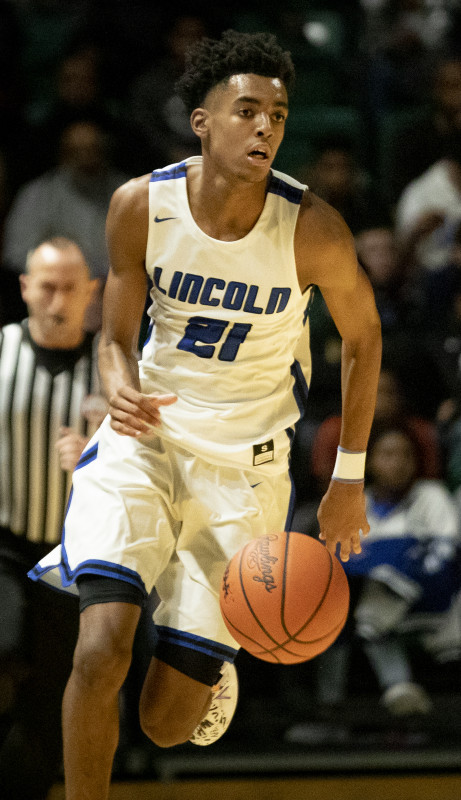 Emoni James-Wayne Bates (born January 28, 2004) is an American basketball player who attends Ypsi Prep Academy in Ypsilanti, Michigan. A small forward, he stands 6 feet 9 inches (2.06 m) and weighs 205 pounds (93 kg). He is a consensus five-star recruit and the number one player in the 2022 recruiting class. Bates is committed to play college basketball for Michigan State. Analysts have called him the best high school prospect regardless of class.

Bates enrolled at Lincoln High School in Ypsilanti, Michigan, being drawn there because the head basketball coach, Jesse Davis, was a longtime teammate and friend of Bates' father. On November 26, 2018, Bates made his freshman season debut, recording 32 points and 15 rebounds in an 80–69 win over Ann Arbor Huron at the Ypsilanti Tip-Off Classic. On January 18, 2019, he scored a then career-high 43 points, shooting 13-of-27 from the field, in a 68–56 victory over Ypsilanti Community High School. Bates, on February 5, was ejected and suspended one game for his role in an altercation during a game versus Dexter High School. On February 18, he posted 36 points and 19 rebounds in a 73–65 win over Jackson High School to capture the Michigan High School Athletic Association (MHSAA) Southeastern Conference White division title.

Entering his sophomore season, Bates appeared on the cover of the November 4, 2019 issue of Sports Illustrated. In his season debut, he scored 24 points but was held to 6-of-21 shooting in a loss to River Rouge High School. On January 17, 2020, Bates scored 40 points in a 67–38 victory over Dexter High School. He tallied 42 points on January 27 in an 83–56 win over Jackson High School. During the game, Bates wore a number 24 jersey to honor his childhood idol, Kobe Bryant, who had died in a helicopter crash in the previous day. On February 18, he established new career-highs of 63 points and 21 rebounds in a 108–102 double overtime victory over Chelsea High School. Three days later, Bates recorded 40 points and 12 rebounds in a 67–60 overtime win over Ypsilanti Community High School. On March 5, he had 48 points and 13 rebounds to lead his team past Catholic Central High School by a score of 79–48.

On June 29, 2020, during a live interview on SportsCenter, Bates announced his commitment to play college basketball for Michigan State. He was drawn to the program by head coach Tom Izzo and the school's coaching staff, who had been building a relationship with him since he was in seventh grade. Bates became the highest rated recruit to commit to Michigan State in the modern recruiting era.

Bates first surfaced on the national radar in early 2016, after averaging 28 points and 12 rebounds per game for the Toledo Wildcats AAU team at a tournament in Chicago. He grew from 6 feet 2 inches (1.88 m) to 6 feet 6 inches (1.98 m) from sixth to seventh grade. Bates played basketball for Clague Middle School, where as a seventh-grader, he was rated the number one player in the 2022 class by recruiting website Future150. He averaged 46 points per game in seventh grade and sat out his eighth grade season to train individually. In the summer of 2018, Bates averaged 17 points per game facing older competition at the under-15 division of the Nike Elite Youth Basketball League (EYBL), a notable summer circuit.