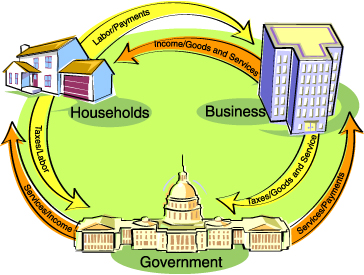 During the Malian king Mansa Musa's hajj to Mecca in 1324, he was reportedly accompanied by a camel train that included thousands of people and nearly a hundred camels. When he passed through Cairo, he spent or gave away so much gold that it depressed its price in Egypt for over a decade, causing high inflation. A contemporary Arab historian remarked about Mansa Musa's visit:

Demand-pull theory states that inflation accelerates when aggregate demand increases beyond the ability of the economy to produce (its potential output). Hence, any factor that increases aggregate demand can cause inflation. However, in the long run, aggregate demand can be held above productive capacity only by increasing the quantity of money in circulation faster than the real growth rate of the economy. Another (although much less common) cause can be a rapid decline in the demand for money, as happened in Europe during the Black Death, or in the Japanese occupied territories just before the defeat of Japan in 1945.

The gold standard was partially abandoned via the international adoption of the Bretton Woods system. Under this system all other major currencies were tied at fixed rates to the US dollar, which itself was tied by the US government to gold at the rate of US$35 per ounce. The Bretton Woods system broke down in 1971, causing most countries to switch to fiat money – money backed only by the laws of the country.

The adoption of fiat currency by many countries, from the 18th century onwards, made much larger variations in the supply of money possible. Rapid increases in the money supply have taken place a number of times in countries experiencing political crises, producing hyperinflations – episodes of extreme inflation rates much higher than those observed in earlier periods of commodity money. The hyperinflation in the Weimar Republic of Germany is a notable example. Currently, the hyperinflation in Venezuela is the highest in the world, with an annual inflation rate of 833,997% as of October 2018.