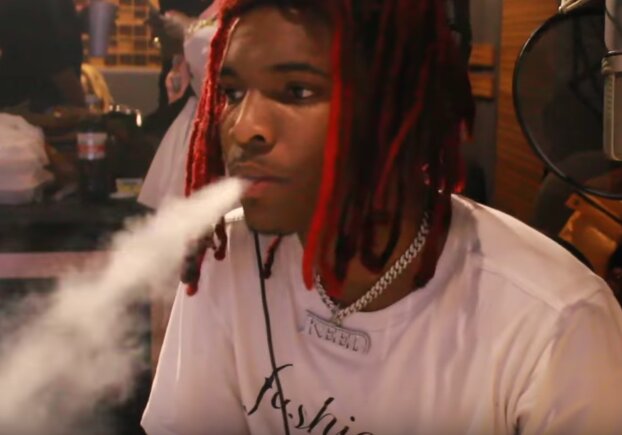 Raqhid Jevon Render was born in Atlanta, Georgia, on March 16, 1998, the fifth of seven children. Render grew up in Forest Park, later moving to Atlanta on Cleveland Ave. After the death of his close friend Rudy, Render started taking rapping seriously in 2016. Render had 6 brothers and 1 sister; his younger brother is rapper Lil Gotit.

Raqhid Jevon Render (March 16, 1998 – May 14, 2022), known professionally as Lil Keed, was an American rapper and songwriter. He was signed to Young Thug's record label YSL Records, as well as 300 Entertainment. His song "Nameless" reached number 42 on the Billboard Hip Hop/R&B Songs Airplay chart.

Despite his parents separating at an early age, both were present in Render's upbringing. During his teenage years, Keed worked briefly at Subway and McDonald's. Being close to a studio, Keed would record music almost on a daily basis. Render first started making music with his younger brother Semaja Render, posting songs online and scoring some regional hits in 2017. Render also had one daughter named Naychur.

On March 11, 2019, Keed featured in Lil Gotit's single "Drop The Top." On March 14, 2019, Keed released the song "Move It", featuring fellow Atlanta based artist Offset. On March 27, 2019, Lil Keed was nominated for the 10th spot for the XXL Freshman cover. On April 24, 2019, Keed released his single "Oh My God." On May 6, 2019, Lil Keed released "Proud Of Me", featuring Young Thug. The song, along with the previously released single "Oh My God", accompanied his forthcoming debut studio album Long Live Mexico. Keed stated the idea behind title of the album was inspired by his friend named Mexico who had died earlier in the year while Keed was on tour with Trippie Redd. On May 29, 2019, Keed released his new single "Pull Up", featuring Lil Uzi Vert and YNW Melly. The song was released from Young Thug's YSL Records and 300 Entertainment. On June 13, 2019, "Long Live Mexico" was released. It also featured artists such as Gunna, Lil Uzi Vert, Roddy Ricch, YNW Melly, and Young Thug. The album peaked at number 26 on the Billboard 200, and number 11 on the Hot Rap Albums Chart, becoming the highest charting project of his career.

On January 11, 2020, Keed announced his forthcoming second studio album Trapped On Cleveland 3. On January 30, 2020, Keed's collaborative single "A-Team (You Ain't Safe)" along with Lil Yachty, Lil Gotit, and Zaytoven was released. It was the second single released off their forthcoming collaborative album A-Team.

Render died on May 14, 2022, at the age of 24, leaving behind his three-year-old daughter Naychur. An official cause of death is still yet to be confirmed.