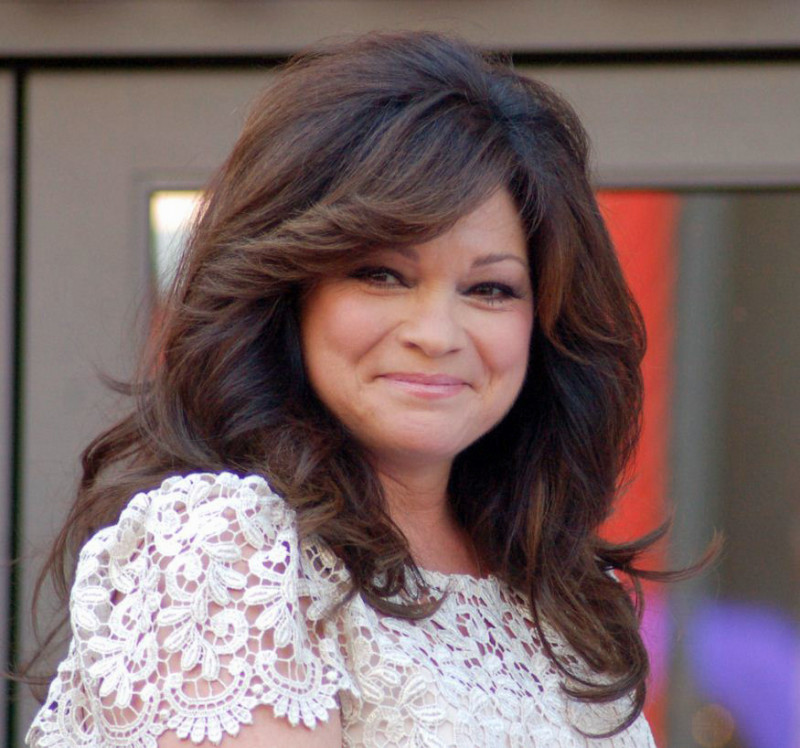 Valerie Anne Bertinelli (born April 23, 1960) is an American actress. She first achieved recognition as a child actress, portraying Barbara Cooper Royer on the sitcom One Day at a Time (1975–1984) for which she won two Golden Globe Awards for Best Supporting Actress in a Series, Miniseries or Television Film. She subsequently earned adult stardom as Gloria on the religious drama series Touched by an Angel (2001–2003) and Melanie Moretti on the sitcom Hot in Cleveland (2010–2015), the latter of which gained her a Screen Actors Guild Award nomination. In 2012, she was awarded a star on the Hollywood Walk of Fame.

Following her appearance in an episode of Apple's Way, Bertinelli was approached by producer Norman Lear to audition for the role of cooperative daughter Barbara Cooper in a new sitcom called One Day at a Time. The show debuted in late 1975 when Bertinelli was 15 years old. She appeared in 208 of the 209 episodes before the show left the air on May 28, 1984; she won two Golden Globe Awards for her performance. In the 2005 One Day at a Time Reunion Special, Bertinelli was reunited with fellow cast members Bonnie Franklin, Mackenzie Phillips and Pat Harrington Jr. to watch memorable clips from the original show's nine seasons. They talked about actors who had left the show as well as Phillips's drug problem, which had wreaked havoc on the set and caused Phillips to be fired from the show.

Bertinelli married Eddie Van Halen in 1981. They had a son, Wolfgang (born March 16, 1991). Bertinelli is said to have given her only child an elaborate name rather than an Americanized one (e.g. “Bob Van Halen”). The couple separated in 2001 and divorced on December 20, 2007. In her autobiography, Bertinelli indicated the main reasons for her divorce were her husband's cocaine addiction and his refusal to quit smoking despite being diagnosed with oral cancer and losing one-third of his tongue in the treatment process.

After the run of One Day at a Time, Bertinelli starred in several made-for-TV films and miniseries, as well as making many guest appearances on various television shows. In the 1990s, she starred in two short-lived sitcoms: Sydney, as the title character, a private detective (with Matthew Perry and Craig Bierko), and Café Americain. In 2001, Bertinelli joined the cast of Touched by an Angel for the show's last two seasons. In 2007, Bertinelli became a spokeswoman for the Jenny Craig program and appeared in several commercials. The following year, she released the autobiography Losing It: And Gaining My Life Back One Pound at a Time, which culminates in a description of her Jenny Craig diet experience. In 2009 she wrote a follow-up book Finding It: And Satisfying My Hunger for Life Without Opening the Fridge. From 2010 to 2015, she starred in the TV Land sitcom Hot in Cleveland, alongside Betty White, Wendie Malick and Jane Leeves. After a successful six-season run, the show's final episode aired on June 3, 2015.

In May 2010, Bertinelli announced her engagement to financial planner Tom Vitale, with whom she had begun a relationship in 2004. Bertinelli and Vitale were married on January 1, 2011 in Malibu, California, with Bertinelli in a custom-made dress by designer David Meister. She has four step children through her marriage to Vitale. Both her ex-husband, Eddie Van Halen, and their son, Wolfgang Van Halen, attended the wedding. Bertinelli filed for legal separation from Vitale on November 24, 2021, citing irreconcilable differences. The divorce was finalized on November 22, 2022.

Bertinelli ran in the April 2010 Boston Marathon to benefit the Dana-Farber Cancer Institute, completing it in a time of 5:14:37. In 2014, she appeared on Who Do You Think You Are? and found out that she is descended from King Edward I of England.

The following is a list of awards and nominations received by Bertinelli. On August 22, 2012, Bertinelli received the 2,476th star on the Hollywood Walk of Fame.

Bertinelli has hosted several programs for Food Network, such as the cooking shows Valerie's Home Cooking (2015–present) and Kids Baking Championship (2015–present), winning two Daytime Emmy Awards for the former out of six nominations. In December 2021, Bertinelli signed a new deal with Food Network. Bertinelli was married to musician Eddie Van Halen from 1981 to 2007, with whom she has one child, Wolfgang. She was married to Tom Vitale from 2011 to 2022.